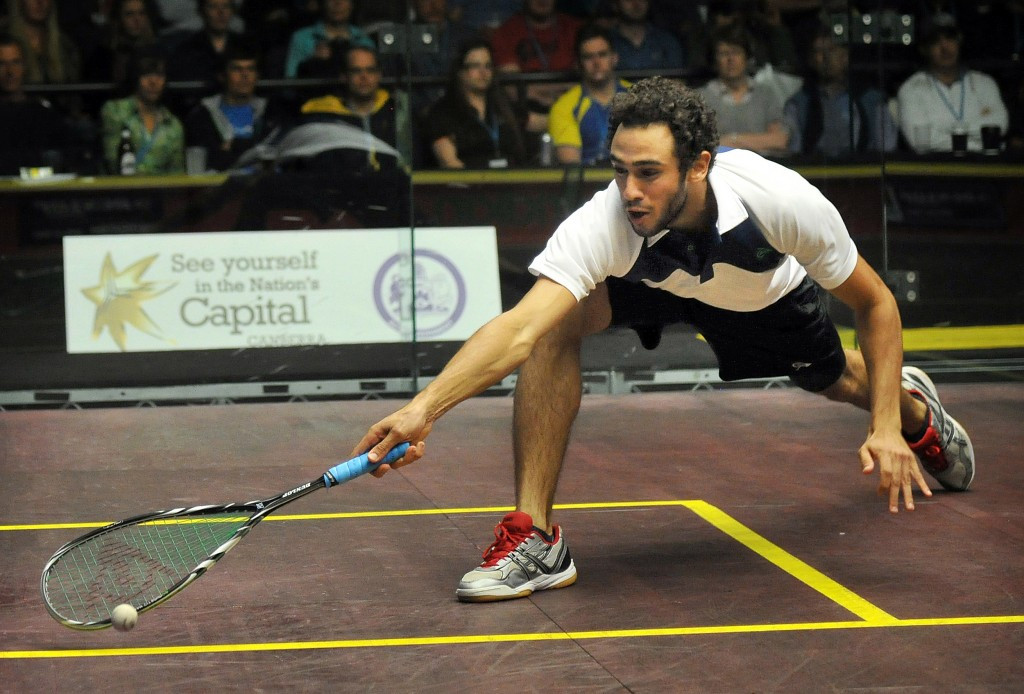 Ramy Ashour has pulled out of the upcoming Qatar Classic after failing to recover from the hamstring injury he suffered during last week’s Professional Squash Association (PSA) World Championship final.

The Egyptian has suffered a number of hamstring injuries over the past two years, however his issues appeared to be behind him as he made it all the way to the final in Cairo last week.

However, he was forced to call time on the clash with compatriot Karim Abdel Gawad in the fourth game, bringing a premature end to the gold medal match.

That same injury has prevented the 29-year-old from appearing in Qatar, the scene of two of his three World Championship triumphs.

The injury will also dent Ashour's hopes of being one of the eight qualifiers for the season-ending Dubai PSA World Series Finals, as he will be unable to accrue vital points on the PSA Road to Dubai Standings - where he currently sits in third place - with the Qatar Classic acting as the third stage.

As a result of the injury, Germany's Simon Rösner takes Ashour's place as the number eight seed and will meet a qualifier in the opening round, while Switzerland’s Nicolas Mueller moves into the main draw and will also face a qualifier.

This comes a day after world number two Gregory Gaultier was also forced to withdraw from the Qatar Classic in Doha after he was unable to recover from the ankle injury he suffered during last week’s World Championship.

The Frenchman, a 2011 Qatar Classic winner and a runner-up last year, picked up the injury during his quarter-final match with Egyptian Tarek Momen in Cairo last week as he sought to defend his title.

As a result, the 33-year-old was forced to withdraw from his semi-final clash with Ashour.

The qualifying stages of the 2016 Qatar Classic are due to take place on Saturday and Sunday (November 11 and 12), while the main draw begins a day later, with the final taking place on November 18.

Newly-crowned world champion Gawad will once again be in action in Qatar and he opens his campaign with a match against a qualifier.

World number one Mohamed Elshorbagy will be looking to get over his World Championship disappointment and is due to face Australia's Cameron Pilley in round one.