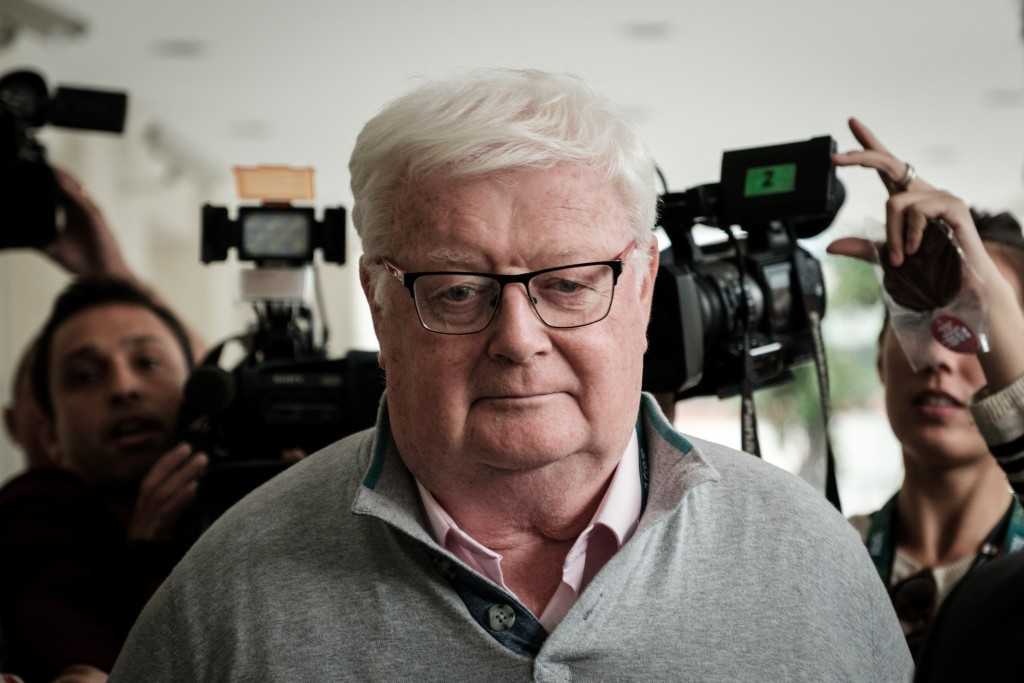 Olympic Council of Ireland (OCI) secretary general Dermot Henihan has claimed that expenditure surrounding the Rio 2016 ticket scandal is due to exceed €750,000 (£668,000/$835,000) as the crisis engulfing the organisation continues.

Henihan made the claim in a letter published by the Irish Times and appeared to blame the governing body's Crisis Management Committee (CMC).

A review into ticketing arrangements at Rio 2016 was postponed earlier this week by the OCI after the under-fire Patrick Hickey threatened to seek an injunction preventing its completion.

Hickey was arrested in August as part of an investigation by Brazilian police into the alleged mis-selling of tickets for the Olympic Games in Rio de Janeiro.

Following his arrest, Hickey temporarily stood down as President of the OCI, which he has led since 1988.

He denies all of the charges against him.

The Executive Committee of the OCI revealed following a meeting that the review -  carried out by Grant Thornton - will now be completed only following the conclusion of criminal proceedings against Hickey.

Following the review being ground to a halt, Henihan claimed that the expenditure rise the OCI has faced because of the crisis has been overseen by the CMC.

The Committee was appointed by the OCI Executive Committee in August and was chaired by Ciarán Ó Cátháin before his resignation this week.

It includes Snowsports Association of Ireland’s Robert Norwood and Sarah Keane, the head of Swim Ireland.

"Under the direction of the Crisis Management Committee the Olympic Council expenditure is likely to exceed €750k directly on the review with Grant Thornton, Deloitte, Espion, Blacknight, Communication Clinic, Wilson Hartnell, and Arthur Cox legal fees," Henihan’s letter to National Federations read, as printed by the Irish Times.

Keane and Norwood have refuted the suggestion that the CMC are responsible for any rise in expenditure, claiming decisions either pre-date its creation or were approved by the OCI Executive Committee.

"The Communications Clinic was hired by OCI, the initial contact coming from a representative of Mr Hickey in Brazil, and the agreement was made with the Acting President," the pair wrote to Henihan in a letter, also published by the Irish Times.

"Both events pre-dated the creation of the CMC.

"Arthur Cox was appointed on August 19 by the Acting President (after considerable communications via board members and copied to the entire Board) and that appointment was ratified by the Executive Committee on August 21 as was the appointment of the Communications Clinic.

There have also been suggestions that the cost of Hickey’s accommodation in Rio de Janeiro could be added to the costs of the OCI in the event he is found not guilty.

The 71-year-old, who is still in Brazil after his passport was confiscated, could face up to seven years in jail if he is found guilty.

Hickey has also temporarily stood down as President of the European Olympic Committees as he fights the charges against him.

Ó Catháin became the latest member of the OCI's Executive Committee to announce his resignation.

He follows OCI honorary treasurer Kevin Kilty and Football Association of Ireland head and OCI vice-president John Delaney in leaving the governing body, with suggestions of a rift between supporters and opponents of Hickey.

A new OCI Executive Committee is set to be elected during an Extraordinary General Meeting in January 2017.