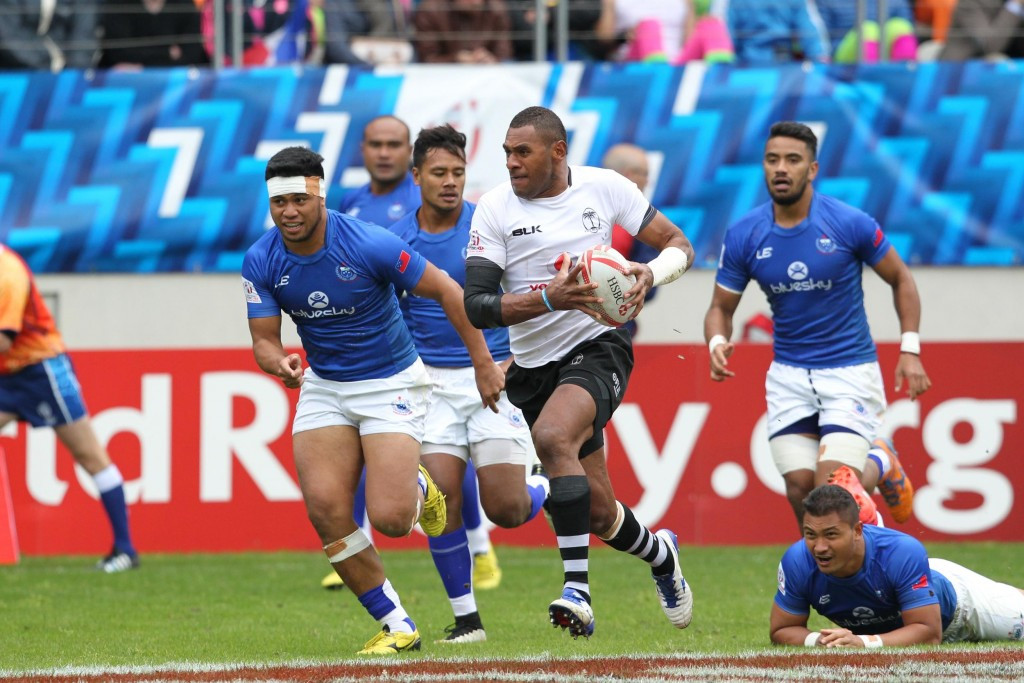 Defending champions Fiji, South Africa and New Zealand all progressed to the quarter-finals of the Paris Sevens as the race for the overall crown gathered pace at the Stade Jean Bouin.

Ben Ryan’s Fiji, who currently sit at the top of the leaderboard, looked at their fluent best as they comfortably beat Wales 33-14 in their opening game of the second day of the event.

That victory set up a Pool D decider against Samoa, with the winner reaching the last eight as group winners, and Fiji produced when it mattered once again.

They ran in six converted tries on their way to a comprehensive 42-5 triumph to set up a meeting with Australia in tomorrow’s quarter-final.

South Africa, who trail Fiji’s tally of 147 points by eight, also finished the group stage with a 100 per cent record as they clinched top spot in Pool C and thus avoided a clash with Ryan’s team.

The Blitzboks easily swept aside Brazil 30-7 before they went on to record an even more dominant victory, thrashing Australia 31-0 to claim their third straight success.

South Africa will go up against Samoa in the quarter-finals.

New Zealand, third on the overall standings, were pushed all the way against surprise Singapore Sevens winners Kenya.

The African nation raced into a 17-7 lead but the All Blacks hit back, scoring 12 answered points to clinch a superb comeback victory.

Their dramatic win had come after they had breezed past Portugal, keeping a clean sheet in a rampant 31-0 triumph, with Argentina their opponents in the last eight.

Kenya will meet France in the quarter-final after the hosts claimed 24-12 and 26-14 victories over the USA and Argentina respectively to finish at the summit of Pool A.

“Apart of the last three minutes of the match against Argentina, the overall content of the first two days is good for us," said France head coach Frederic Pomarel.

"We are satisified, except for those three minutes, but that's not too bad because it gives a little hit on everyone's bottom for tomorrow."

"There was a lot of concentration and application from the players, and we now must stay focused on our goal which is playing six matches in the tournament.

“I knew the team was able to do what they did, I also know that for the first time in the season I've got the full team on the field.”

The penultimate stop on the Sevens World Series concludes tomorrow.