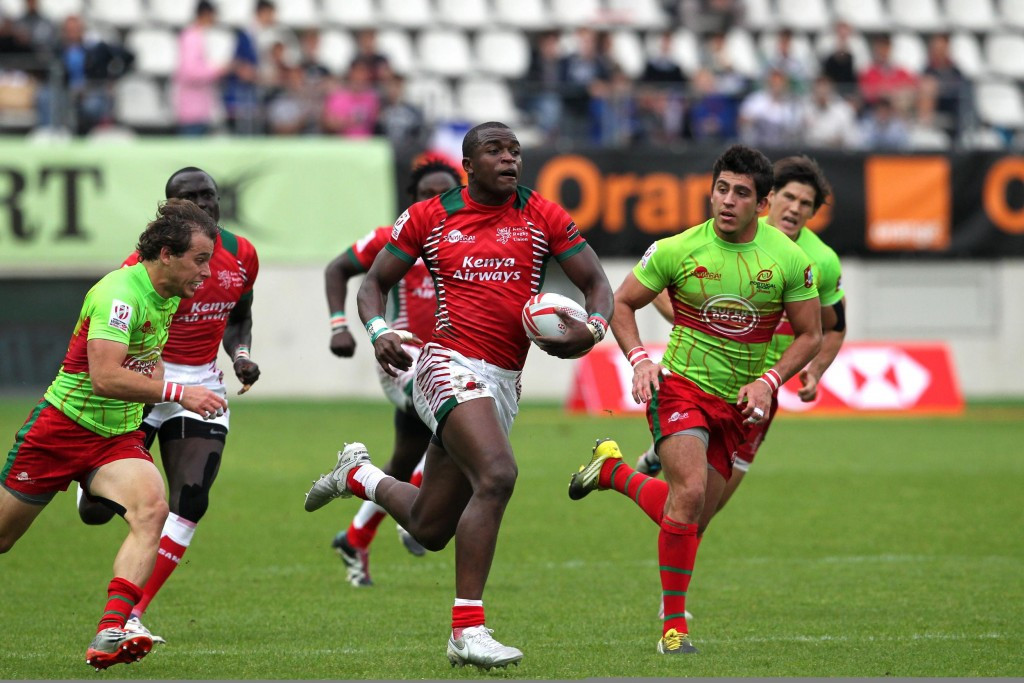 Kenya produced the performance of the opening day of the World Rugby Sevens Series event in Paris as they fought back from 14-0 down to secure a dramatic 29-14 success against Portugal at the Stade Jean Bouin.

The African nation, who clinched their first ever title by winning the most recent competition on the calendar in Singapore last month, struggled early on and found themselves with a mountain to climb when Nuno Guedes scored two converted tries.

Kenya responded through star player Collins Injera just before the break and his side moved to within four of the Portuguese shortly after the restart courtesy of Samuel Oliech’s effort.

By this point in the pulsating contest, the Kenyans had seized control and they edged ahead for the first time in the match when Injera went over for the second time.

Further tries from William Ambaka Ndayara Humphrey Kayange completed the turnaround for Kenya in the Pool A clash.

Elsewhere in their group, New Zealand were also made to work hard for their victory as they rallied from behind to beat Russia 34-10.

Defending champions and current Series leaders Fiji got their campaign in the French capital off to the best possible start, with Josua Tuisova and Samisoni Viriviri both scoring twice in a 38-12 success in Pool B.

The Fijians are top of the leaderboard on 147 points and if they are to lift the Paris Sevens title on Sunday (May 15), they will move a step closer to retaining their overall crown ahead of the sport’s debut at the Rio 2016 Olympic Games in August.

“I was nervous on the bench beforehand, Scotland are a great side, but I am happy we got this out the way and can concentrated on tomorrow now,” Fiji coach Ben Ryan said.

“We have a great side, a few players in the wider squad and some up our sleeve too, but our new boys made an instant impact which was great.

“The benefit with these guys is they have played sevens before so that helps and it's just honing some of their skills and fitness over the next couple of months now.”

Seabelo Senatla inspired South Africa, the nearest challengers to Fiji, to a convincing 24-5 victory against England in Pool C, while hosts France ran in six tries in a 42-5 triumph over Canada in Pool D.