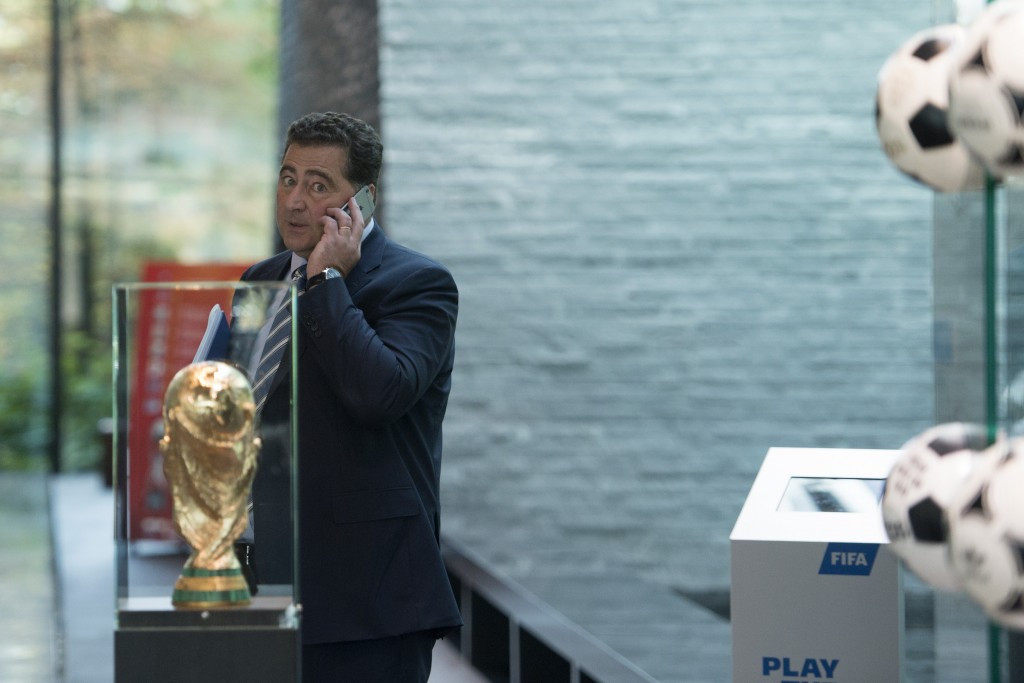 Domenico Scala, a key figure in scandal-hit FIFA's bid to restore its reputation, has resigned as chair of the Audit and Compliance Committee in protest over a reform package u-turn passed at yesterday's Congress, claiming the independent bodies had been "deprived of their independence".

In what represents a severe blow to President Gianni Infantino just three months into his tenure at world football's governing body, the Swiss-Italian has quit an important role at FIFA after the ruling Council was granted the power to dismiss the heads of the independent watchdog committees without consulting its membership.

The unprecedented move was approved at the Congress, the first to be held under Infantino's leadership, with an overwhelming majority of 186 votes to one during yesterday's meeting.

It meant the likes of Ethics Committee Adjudicatory Chamber judge Hans-Joachim Eckert and Investigatory counterpart Cornel Borbély, as well as Scala, could be stripped of their positions based purely on the decision of the 37-strong Council.

The sacking and recruitment of members of the respective Committees within FIFA is usually voted on at the annual Congress.

Businessman Scala, an integral cog in the reform package passed in an attempt to clean up the battered image of FIFA, stormed out of the Congress yesterday when the item was successfully passed.

It contradicts the pledges of independence within the corruption-plagued organisation, leaving the fate of three top officials in the hands of the ruling Council and not the 211 Member Associations.

The motion had already attracted criticism following reports it was only added to the agenda at the last minute by Infantino, with the move handing him more power than his predecessors have enjoyed.

In a statement, Scala launched a stinging attack on the measure, insisting it "undermines a central pillar of the good governance of FIFA and it destroys a substantial achievement of the reforms".

"It will henceforth be possible for the council to impede investigations against single members at any time, by dismissing the responsible committee members or by keeping them acquiescent through the threat of a dismissal,” added Scala.

“The bodies are factually deprived of their independence and are in danger of becoming auxiliary agents of those whom they should actually supervise.

"My resignation shall also be a wake-up call and shall give backing to those persons involved, who genuinely advocated for reforms until today.

"I would like to prompt all of them: Keep going like this, FIFA needs and deserves your commitment and consistent action."

The agenda item was passed comprehensively and seemingly went under the radar of the electorate, who clearly didn't realise the magnitude of the decision they had made.

Infantino, a strong advocate of the reform process, which helped him in his bid for the FIFA hotseat, defended the decision of the Congress yesterday and insisted it did not contravene the independence of the watchdog committees.

“We are in a democratic process.

“Today we had to dismiss several members, others are indicted and arrested - do we have to wait one year until the next congress to be allowed to dismiss them?"

A rift between Scala, who was appointed to the independent role in May 2012, and Infantino had been lingering under the surface after the Swiss-Italian recommended the secretary general earn more in salary than the President.

The former Audit and Compliance Committee chair had been an important part of FIFA's attempt to clean up its image in the wake of a criminal investigation which has seen several top officials indicted and arrest on corruption charges by the United States Department of Justice.

In response to Scala's departure, FIFA claim the Swiss "misinterpreted the decision" made by the Council while labelling his suggestions the independence of the body has been contradicted as "unfounded" and "baseless".

"FIFA regrets that Mr. Scala has misinterpreted the purpose of the decision taken by the FIFA Congress.

"The decision was made to permit the Council to appoint members on an interim basis to the vacant positions of the new committees so they can start fulfilling their roles as part of the ongoing reform process until the next FIFA Congress in 2017. In addition, the measure allows for the swift removal of members who have breached their obligations.

"The Council fully respects the independence of the Audit and Compliance and the Ethics committees, and any suggestions to the contrary are without merit.

"Mr. Scala has made unfounded claims which are baseless. FIFA is focused on reform and the path forward as evidenced by the appointment of a new FIFA Secretary General."