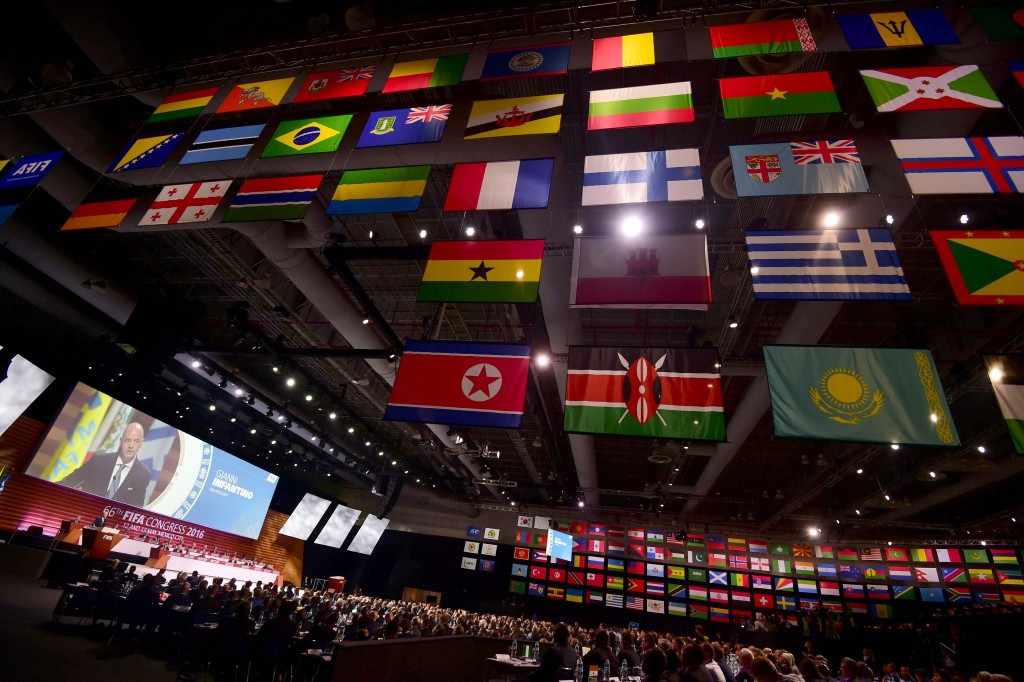 The FIFA Congress today passed a controversial agenda item which tears a hole through the governing body’s reform process as the ruling Council has been granted the power to dismiss the heads of key independent committees without consulting its membership.

The unprecedented move, which will stay in place for at least the next year, could see the likes of Audit and Compliance Committee chairman Domenico Scala, Ethics Committee Adjudicatory Chamber judge Hans-Joachim Eckert and Investigatory counterpart Cornel Borbély lose their positions based purely on the decision of the 37-strong Council.

It contradicts the pledges of independence within the scandal-hit organisation, leaving the fate of three top officials in the hands of the ruling Council and not the 211 Member Associations.

The sacking and recruitment of members of the respective Committees within FIFA is usually voted on at the annual Congress and the move has already attracted criticism.

It has also called the democracy of world football’s governing body under President Gianni Infantino, who was presiding over his first Congress as President, into question.

Swiss-Italian Scala, considered the linchpin of the reforms as he produced the early draft of the package, was visibly perturbed by the passing of the motion as he walked out of the Congress here shortly after delivering his report, opting not to stay for the remainder of the meeting.

“The Council proposes that the Congress authorise the Council to appoint the office holders for the remaining vacant positions within the respective committees of the judicial bodies, the Audit and Compliance Committee and of the Governance Committee, until the 67th FIFA congress and to dismiss any office holders of these committees until the 67th FIFA Congress which shall come into effect immediately,” the item read.

Infantino, who has continually stressed the benefits of the reform process, aimed at dragging the organisation he now leads out of the mire, has defended the decision of the Congress and insisted it did not contravene the independence of the watchdog committees.

“I think you should criticise us if we act in the wrong way.

“Today we had to dismiss several members, others are indicted and arrested - do we have to wait one year until the next congress to be allowed to dismiss them?

“The congress didn’t have that opinion.

“We need to be able to be flexible to implement all the changes."

Prior to the Congress voting in favour of the motion, a number of Committee members were dismissed from their roles.

Among them were Venezuelan Rafael Esquivel, Francisco Acosta of Ecuador and Ariel Alvarado, who were all sacked from the Disciplinary Committee after being charged with various corruption offences as part of the United States Department of Justice's extensive probe into criminal wrongdoing within FIFA.

Senegal's Abdoulaye Diop also lost his role as a member of the Ethics Committee for a "breach of confidentiality".

Portuguese star Luis Figo and Mia Hamm of the United States, a two-time Olympic gold medallist and World Cup winner, were chosen as deputy chairman and deputy chairwoman respectively of the Development Committee.

Both are on the newly-created FIFA "Legends" team, the brainchild of Infantino which is comprised of 200 ex-professionals.

They are set to have a day to day say in running of FIFA and are due to play matches across the globe in a bid to get the world talking about football again.