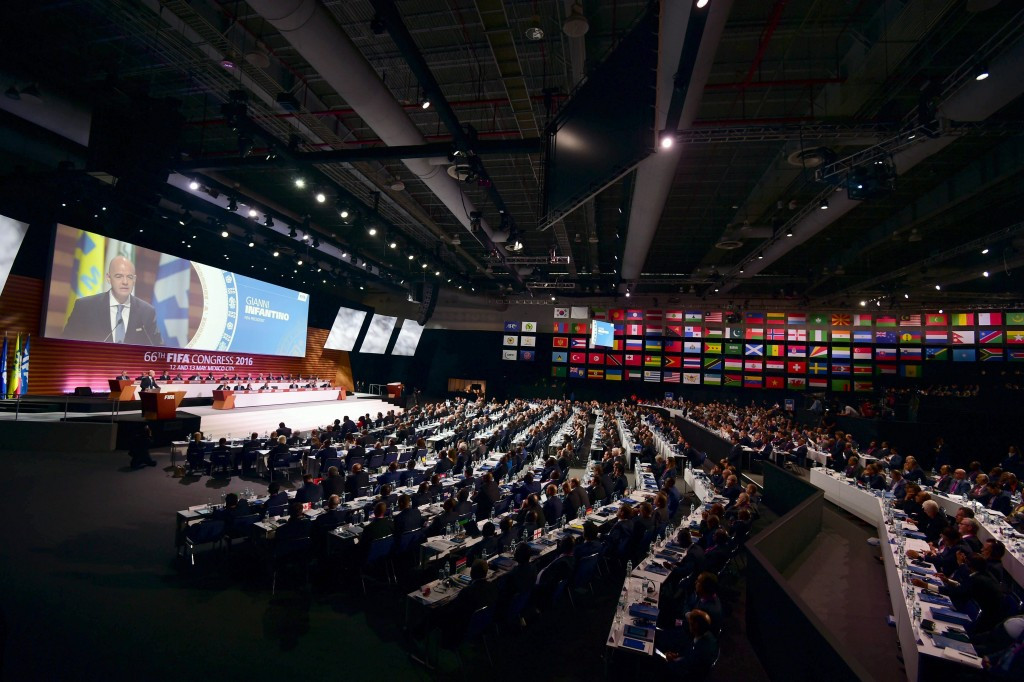 Gibraltar and Kosovo have become the 210th and 211th members of FIFA after the organisation’s Congress voted in favour of their acceptance into world football’s governing body here today.

The Gibraltar Football Association (GFA) and the Football Federation of Kosovo (FFK) received considerable support from the electorate as they were both granted a seat at the FIFA table, something which they had both long campaigned for.

As a result of their success here, both countries will be able to take part in qualification for the 2018 World Cup.

As expected, the Football Association of Serbia objected to the admittance of Kosovo but the nation still managed an 86 per cent majority, with 141 votes cast in their favour and 23 against, sparking scenes of jubilation among officials in Pristina, who were watching proceedings unfold online.

The country, which gained independence from Serbia in 2008, is now part of UEFA, FIFA and the International Olympic Committee.

The acceptance of Kosovo came after they also became a member of UEFA at the body's Congress in Budapest last week, which was again disputed by Serbia.

They confirmed they would appeal the decision to the Court of Arbitration for Sport (CAS) and they may also opt to contest Kosovo's FIFA membership to the same body.

A key issue for Kosovo surrounds the eligibility of players who could potentially represent the nation as the country’s complicated political status has seen several players born in the state play for different countries.

These include Xherdan Shaqiri and Valon Behrami, both of whom represent Switzerland, as well as Finland’s Shefki Kuqi and Albania’s Lorik Cana.

Gibraltar's application was overwhelmingly backed by the Congress, with 172 Member Associations voting for their admission.

They have also been engulfed in an ongoing battle for FIFA recognition but were handed a boost when the CAS ordered world football's ruling body to take "all necessary measures" to accept Gibraltar “without delay” earlier this month.

The British overseas territory, located at the tip of the Iberian peninsula, had been trying to join FIFA and European governing body UEFA for nearly 20 years.

A CAS decision in 2013 saw them become a member of UEFA, and their national side went on to play in qualifying for the 2016 European Championships in France.

"It has been a very long road and I can tell you it feels fantastic to be here and to become a part of the family of world football," GFA President Michael Llamas said.

"We join FIFA in a time of reform.

"We have no doubt that Gianni Infantino will lead FIFA back to the hearts of the people."

Indonesia also received good news as the FIFA Council agreed at a hastily-convened meeting ahead of the Congress here this morning to lift the suspension, imposed for Governmental interference in May 2015, on the country's Football Association.

The decision was taken by the Council after they received a letter from the Government, which confirmed it had removed the sanctions it had placed on the Football Association of Indonesia, effectively paving the way for reinstatement.

They will now be able to return to international competition, though they have already missed out on qualifying for the 2018 World Cup in Russia.

The Congress also opted to keep the suspensions of the Kuwait Football Association and the Benin Football Federation in tact.

The news represented a blow to the Kuwait Football Clubs delegation, who had travelled here to lobby their case to FIFA's members this week after claiming the ban, placed on them in October, was "unjust" and was "killing" the sport in the nation.

The group had lambasted the KFA for a lack of action, believing that their country's Football Association was in favour of the suspension while criticising Kuwaiti powerbroker Sheikh Ahmad Al Fahad Al Sabah, who is a member of the FIFA Council.

A total of 176 associations voted for the KFA's ban to continue, with Benin's defeat even more comprehensive as 98 per cent chose to maintain the nation's exile from world football, which was initiated by the Council earlier this week "due to a recent injunction by a local judicial court which impeded the holding of the due election".