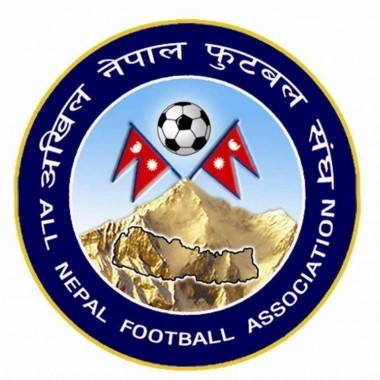 FIFA has called for the All Nepal Football Association (ANFA) to reinstate four sacked officials and threatened to step in by establishing a Normalisation Committee in order to address the organisation’s current issues.

In a letter sent to the ANFA, which is being led on a temporary basis by Narendra Shrestha after predecessor Ganesh Thapa was banned from all footballing activity for 10 years for “various acts of misconduct over several years” in November, FIFA have given the troubled body a deadline of May 23 to convene an Ordinary Congres to elect a new President.

They have also demanded ANFA vice-presidents Karma Tsering Sherpa, Bijaya Narayan Manandhar and Kishore Rai and member Pankaj Bikram Nembang be given their roles back by the same date.

The four officials were sacked from Nepal’s footballing governing body for allegedly missing three consecutive board meetings in September of last year.

According to reports, two of the vice-presidents had openly criticised Thapa and had taken their concerns to FIFA.

Shrestha, who has travelled here along with ANFA secretary general Dhirendra Pradhan to attend the FIFA Congress, the first to be held under new President Gianni Infantino, enjoys a close relationship with the now suspended former head of the organisation.

The letter suggests the move to dismiss the four officials “is a contravention to the ANFA statutes” and that their sackings were “not done properly”.

“Should these steps not be followed FIFA and the Asian Football Confederation would have no choice but to submit the issue to the appropriate FIFA bodies, which would possibly include the establishment of a Normalisation Committee,” FIFA told Reuters.

The meeting of the ANFA would be held to ensure a successor to Thapa was elected in the proper manner, though even this has been questioned by ANFA chief executive Indraman Tuladhar.

He told Nepalese publication Onlinekhabar that reinstating the officials could prove difficult due to the short timeframe given by world football’s governing body.

Tuladhar said board members require at least 14 days’ notice to convene a meeting, with the fact that both ANFA President Shrestha and Pradhan had already left to travel here providing another obstacle.

The news represents the latest problem for the ANFA following Thapa’s failed appeal to get his 10-year ban overturned.

The former AFC vice-president was deemed to have offered and accepted cash payments from another football official, for both personal and financial gain relating to the 2009 and 2011 elections for the FIFA Executive Committee at the AFC Congress.

FIFA set up a Normalisation Committee for the Guinean Football Association last month due to “internal wrangles currently affecting the FGF and that have brought all football competitions in the country to a halt”.