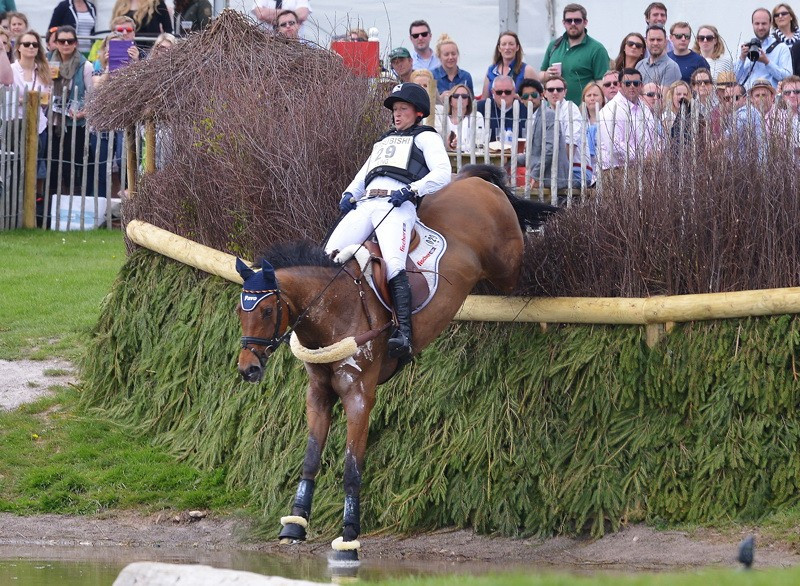 The double Olympic gold medallist has two jumping fences in hand at the top of the leaderboard at the International Equestrian Federation (FEI) Classics event after a masterclass on La Biosthetique Sam.

Jung was fautless and remains on course to win the Rolex Grand Slam following victories at Burghley 2015 and Kentucky last weekend.

“It was an amazing feeling,” said Jung, who incurred no time penalties.

“Sam is so beautiful to ride.

“I had many options in my head in case I didn’t get a good jump anywhere, but Sam was so powerful and strong and knew what he had to do.

Jung would become just the second Grand Slam winner, after Britain’s Pippa Funnell managed it in 2003.

Elsewhere, Andreas Ostholt celebrated his first clear cross-country at the famous Badminton Park venue in England to make it a German 1-2 behind Jung.

Ostholt was riding So Is Et, and is ahead of third-placed Briton Gemma Tattersall on Arctic Soul.

Another home rider, Emily King, fell riding Brookleigh to slip out of contention from second overnight.

The three-day eventing competition will conclude with tomorrow’s show jumping.