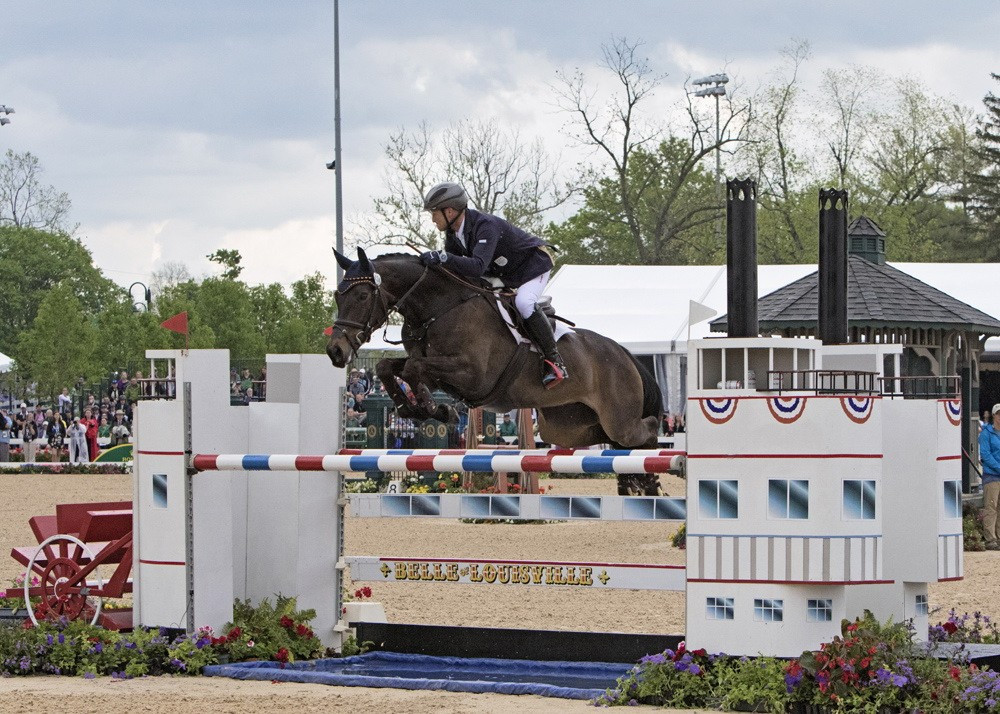 Germany's Michael Jung powered to a dominant victory as the Kentucky Three-Day Event concluded with the jumping round today.

The double Olympic champion was unstoppable at the International Equestrian Federation (FEI) Classics event at the Kentucky Horse Park in Lexington, claiming a winning margin of 13.3 penalties which is thought to be the biggest at the venue in history.

The world number one is unbeaten at the premier venue in the United States having won on all three of his visits.

This includes his world title triumph in 2010.

Jung's victory was a formality when he was left with four fences in hand to win.

He did use up one as horse FischerRocana FST clipped the second part of the double, but his success was never likely to be denied.

"I like this place a lot,” said 33-year old Jung, the individual and team eventing champion from London 2012.

"The people are very friendly and my horse likes it as well.

"She is getting better and better.

"I’m learning all the time from her."

Second place went to American Lauren Kieffer and Veronica, while third was claimed by another United States rider thanks to Maya Black and Doesn’t Play Fair.

New Zealander Sir Mark Todd was the only other non-American apart from Jung to feature in the top ten, as the 60-year-old double Olympic champion finished seventh on NZB Campino.

After three Classics events, Jung leads overall with 27 points, ahead of France's Astier Nicolas and Australia's Shane Rone who both have 15.