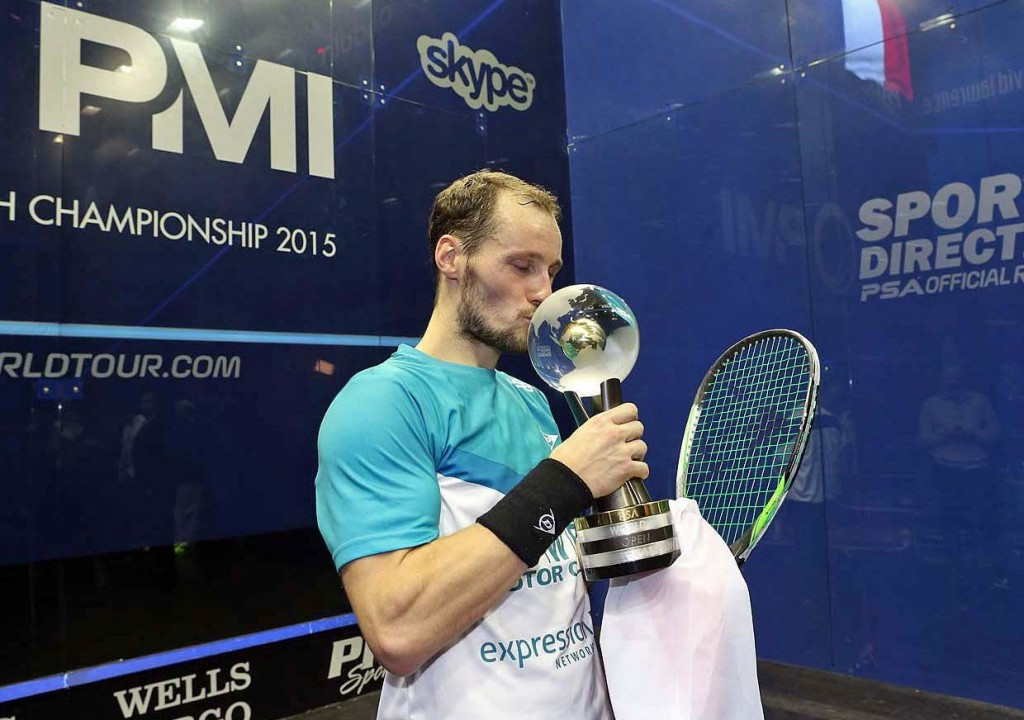 Manchester has been named host of the Professional Squash Association (PSA) World Championships in 2017 when prize money for men and women will be equal for the first time ever.

The event, scheduled to take place from December 9 to 17, will see almost 200 of the world's best squash players descend on the city for the week-long tournament, which will be staged at the National Squash Centre before moving to Manchester Central from the quarter-final stage onwards.

Manchester will become only the second destination - and the first since Rotterdam in 2011 - to host concurrent Men's and Women's World Championships, welcoming squash players from upwards of 30 countries.

"We are delighted to confirm that the 2017 PSA Men's and Women's World Championships will take place in Manchester during what will be a watershed moment for the professional tour," said PSA chief executive Alex Gough.

"Since hosting the Commonwealth Games in 2002, Manchester has become synonymous as a world class sporting destination and achieving parity in prize money for the most prestigious tournament on the PSA World Tour is a huge step forward that everyone in the sport can be proud of.

"We look forward to working closely with all at England Squash and Manchester City Council over the forthcoming two years to ensure that the 2017 World Championships go down as one of the most memorable of all time."

England Squash chief executive Keir Worth added: "We are very excited to be bringing both the Men's and Women's World Championships to Manchester in 2017 in what we feel will be a great move for squash not just in England but globally as well.

"England is the birthplace of squash and we feel that it is fitting that we take the lead in becoming the first country to rightly offer equality in prize money to all the competitors across both draws.

"We already enjoy a strong working relationship with the PSA and look forward to building yet further on that over the next two years as we continue to build towards what will be a fantastic week of sporting action."

The 2017 World Squash Championships will be National Lottery funded by UK Sport.

Simon Morton, chief operating officer at UK Sport, said: "UK Sport’s aim is to inspire the nation through hosting world class sporting events here in the UK, so we are very excited that the 2017 World Squash Championships has been awarded to Manchester following England Squash’s excellent bid.

"Squash is a dynamic, accessible and global sport, in which we have enjoyed huge success with players like Nick Matthew and Laura Massaro inspiring the next generation.

"The bid partners were determined to secure a combined men’s and women’s event and so it will be fantastic to see the world’s top athletes competing here in the UK for the sport’s most sought after prize.

"We look forward to working in partnership with the PSA, England Squash and Manchester City Council to deliver a wonderful showcase for the sport."

In September of last year, the PSA announced the 2016 J.P Morgan Tournament of Champions would have parity in prize money between men’s and women’s events for the first time.

The PSA viewed it as an example of how their merger with the Women's Squash Association, which came into force in January 2015, is paying dividends.