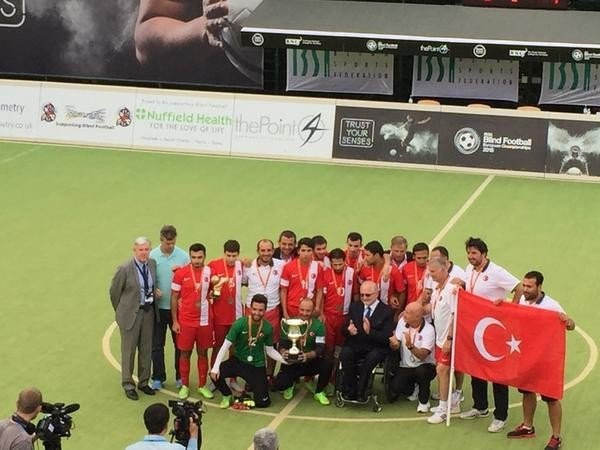 German capital Berlin will host the 2017 European Blind Football Championships, it has been announced.

The five-a-side event will be held at the Lilli-Henoch-Sportplatz between August 17 and 27.

The venue is to be upgraded into a purpose-built blind football arena and the event will be hosted by both the German Sports Federation for Persons with Disabilities and the Berlin Disability Sports Association.

Berlin was confirmed as the host by the International Blind Sport Association (IBSA).

The Championships will mark the tenth anniversary of the German Blind Football League - the Blindenfussball Bundesliga.

Ten teams will take part in 2017 with qualification based on the IBSA Blind Football world ranking table.

The last European Championships were held in 2015 in Hereford in England.

They were won by Turkey, who saw off Russia 1-0 in the final.

Both countries qualified for the Rio 2016 Paralympics as a result of reaching the showpiece match, with the draw for that tournament set to take place on April 25.

They will be split into groups of four, with the top two sides progressing to the semi-finals.

Those nations who finish in the bottom two spots will then compete in the fifth to eighth place classification round.