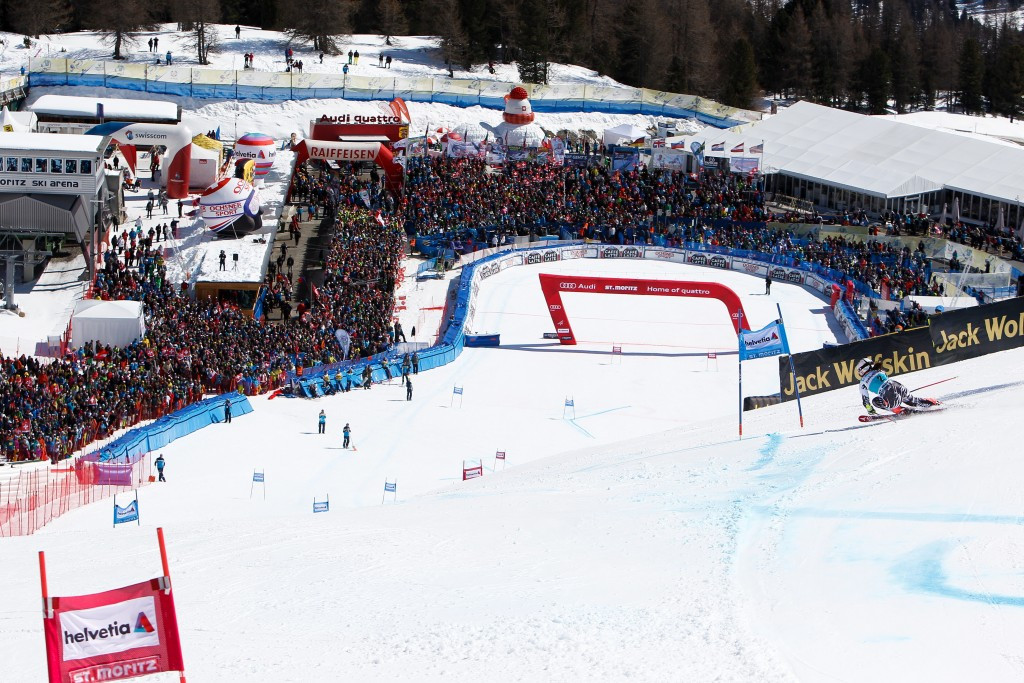 The Coordination Group for the 2017 International Ski Federation (FIS) Alpine World Championships in St Moritz has visited the Swiss venue for their last spring meetings before the event - and came away in positive mood.

Two intensive days of discussions and inspections were held, with promotion and ticket sales now a key focus with less than a year to go.

St Moritz hosted the FIS World Cup finals during March, with the feedback on the slopes "largely positive".

"Several small details" which need attention to get the town fully prepared for the sport's biggest event of 2017 were identified, the FIS said.

“The stunning weather, coupled with the outstanding performance of the Swiss team, were more than we could have hoped for.

"Naturally, as the week wore on, we noted several small areas that will need adjusting, but we are excited to get everything as close to perfection in the next nine months.”

Sarah Lewis, the FIS secretary general, added: "Their hard work and preparation over the last three years was clear as there was not one area that didn’t live up to expectations.

"There are now just the standard minor adjustments to implement between now and the final Inspection in September, but we can anticipate excellent World Championships next February, both on the race courses and with an exciting festival programme.”

The World Championships next year will be held between February 6 and 19.