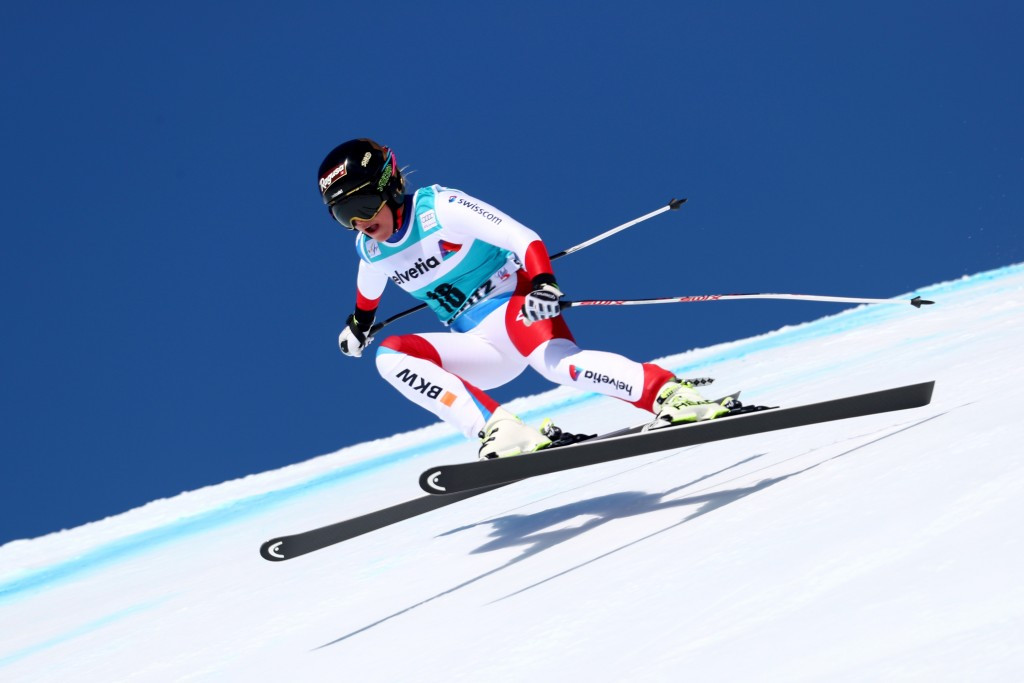 The 24-year-old, who secured the overall title last time out in Lenzerheide, was second in the discipline today which was enough to top the super-G pile on 481 points.

The Liechtenstein skier has a tally of 436 points with American Lindsey Vonn, who is missing the last races of the season through injury, third on 420.

It was Vonn who began the day on top in the super-G, with Gut only needing a sixth place finish or better to overhaul her.

The Swiss has now won the super-G title twice in her career.

There was a similar story in the men's super-G in St Moritz as Norway's Aleksander Aamodt Kilde came home joint second to seal the overall prize.

He clocked a time of 1:16.27, which was identical to that of compatriot Kjetil Jansrud who was also in the frame for super-G honours at the start of the day.

The tie meant both men collected 80 points which saw Kilde top the pile on 415.

Jansrud had to make do with 375 with Aksel Lund Svindal completing an all Norwegian top three on 310.

Victory on the day went to Beat Feuz, who made it two out of two in St Moritz after winning yesterday's downhill in a time of 1:16.17.

"I started out in Lake Louise with a good feeling," said Kilde.

"It was just a curve that went upwards.

"I can thank Kjetil and Aksel for their support.

"I've been working hard, but it's easier when you have teammates like that."