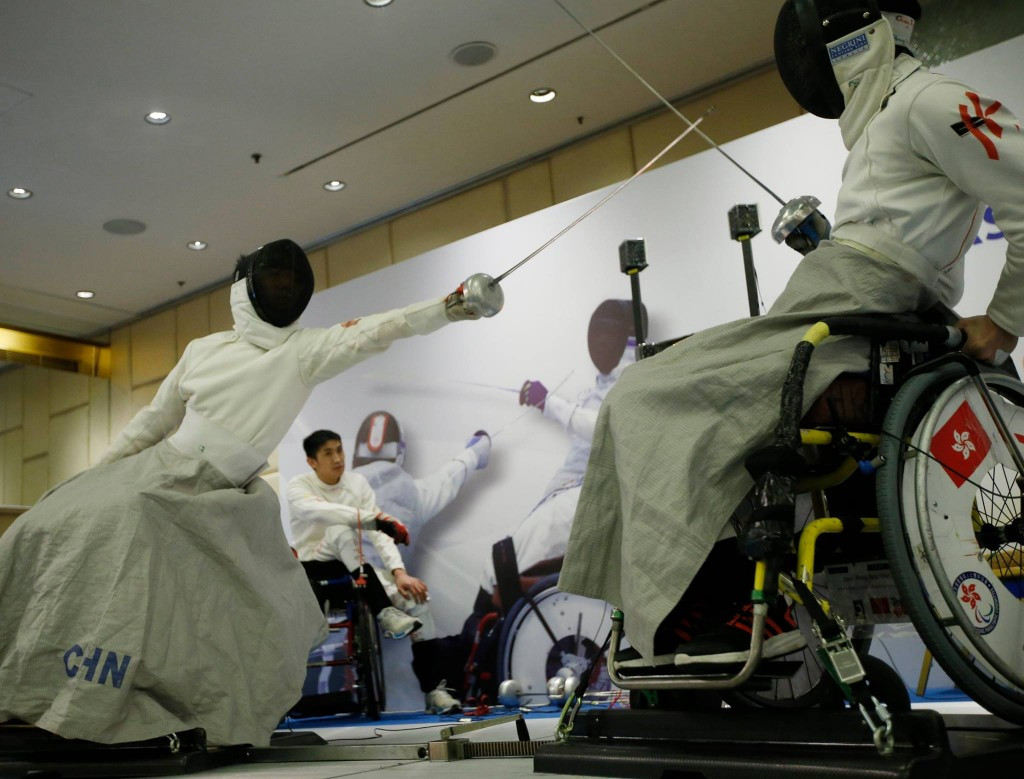 Jianquan Tian emerged as one of China’s star fencers at the Championships, as he dominated both the men’s epee and sabre competitions.

He continued to get the better of his countryman Yujun Chen, who he had beaten in the 2015 World Championship final, defeating his rival 15-8 in the sabre category A gold medal contest.

Following their defeats in the semi-final stage of the competition, Hong Kong’s and China’s Ryuyi Ye received bronze medals.

Sun celebrated victory in the men’s foil category A, overcoming team-mate Yujun Chen 15-8 in the final.

China’s success continued in the men’s team competitions as they scooped all three gold medals on offer.

Hong Kong’s Yee Yu Chui was expected to provide success for the host country but the seven-time Paralympic champion was beaten in the semi-finals of the women’s individual epee category A event.

She was forced to settle for bronze alongside China’s Chuncui Zhang, with Jing Bian winning an all-Chinese gold medal tie 15-13 against Xufeng Zou.

Chui and Zhang secured bronze medals in the competition.

The host country were did celebrate a gold medal when Chong Chan Yui claimed a 15-12 win over China’s Jingjing Zhou in the women’s individual epee category B event.

The victory helped Hong Kong end second on the medals table with one gold, five silvers and nine bronzes, but China topped that standings with 11 golds, six silvers and eight bronze.