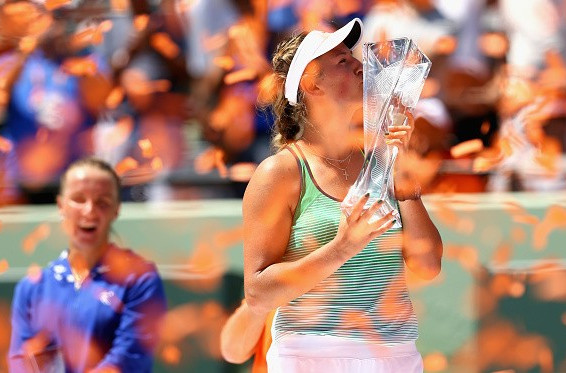 She becomes only the third women to achieve the Indian Wells and Miami Open double after Germany's Steffi Graf, who did so in 1994 and 1996, and Belgium's Kim Clijsters in 2005.

"I've been reminded of this since the quarter-finals on social media - 'she's going for the Sunshine Double,'" the 26-year-old said afterwards.

"I've done really well not to get distracted by the future and concentrate on the present."

The former world number one and two-time Australian Open winner will now return to the world's top five after an injury-hampered two years.

"Being fit and being prepared helps a lot," she added.

"I definitely have a different approach and perspective from a couple of years ago."

The final performed a match too far for Kuznetsova, who had knocked-out three-time defending champion Williams en route to the final.