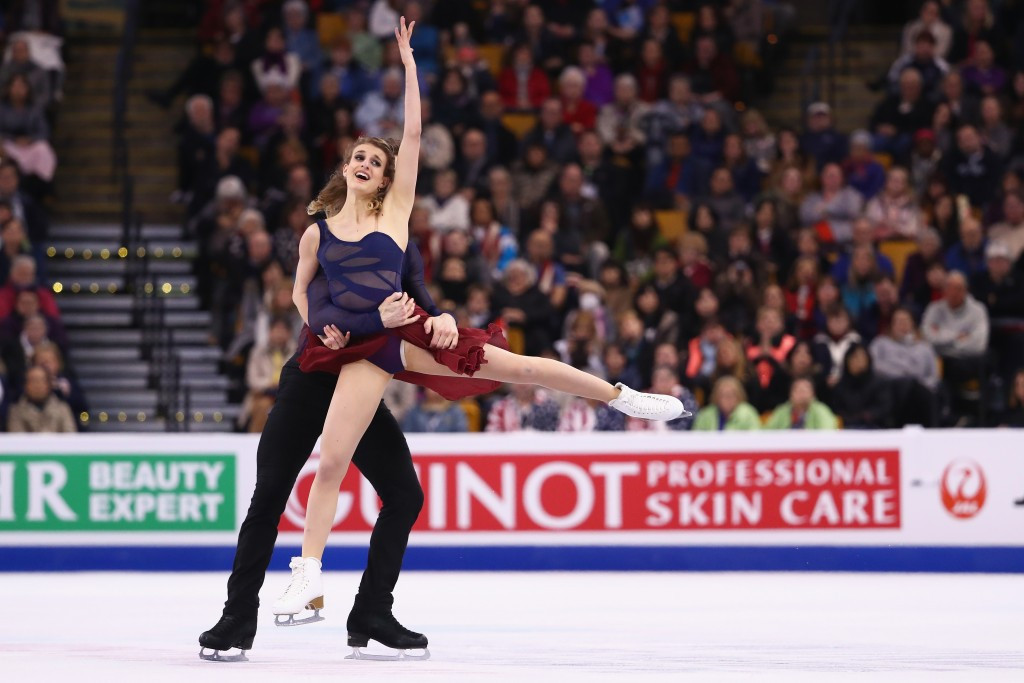 The pair, who led after the short dance programme, produced a personal best performance in the free routine to reclaim the crown they first won in Shanghai last year.

Performing to Rain in Your Black Eyes and Build a Home, the French duo displayed intricate footwork and performed difficult lifts during their routine.

All elements were classed at level four as the two-time European Champions set a new personal best of 118.17 points.

That resulted in a total score of 194.46 for the gold medal.

"We didn’t expect these high marks at all," said 20-year-old Papadakis.

"We were really able to give our very best tonight.

"It took us a moment at the end of our programme to realise what we have achieved, and I still can’t believe it.

"I just want to catch this moment and enjoy it."

The Four Continents champions performed to Coldplay's Fix You and tallied 188.43 overall after being the closest challengers to the French after the short dance.

Bronze went to the hosts as well, with Madison Chock and Evan Bates scoring 113.31 in the free to tally 185.77 overall.

They had begun the free dance in third position.

Elsewhere, there are strong American hopes of gold in the ladies event with Gracie Gold leading after the short programme.

She performed to El Choclo and nailed a triple Lutz-triple toe combination, a triple flip and double Axel as well as two level-four spins and level-four footwork.

That scored the Sochi 2014 Olympic team bronze medallist a personal best of 76.43, with the 20-year-old well placed for gold.

Russia’s Anna Pogorilaya and Evgenia Medvedeva follow in second and third place, with 73.98 and 73.76 points respectively.

The Championships continue tomorrow with the the pairs short and men's free events.