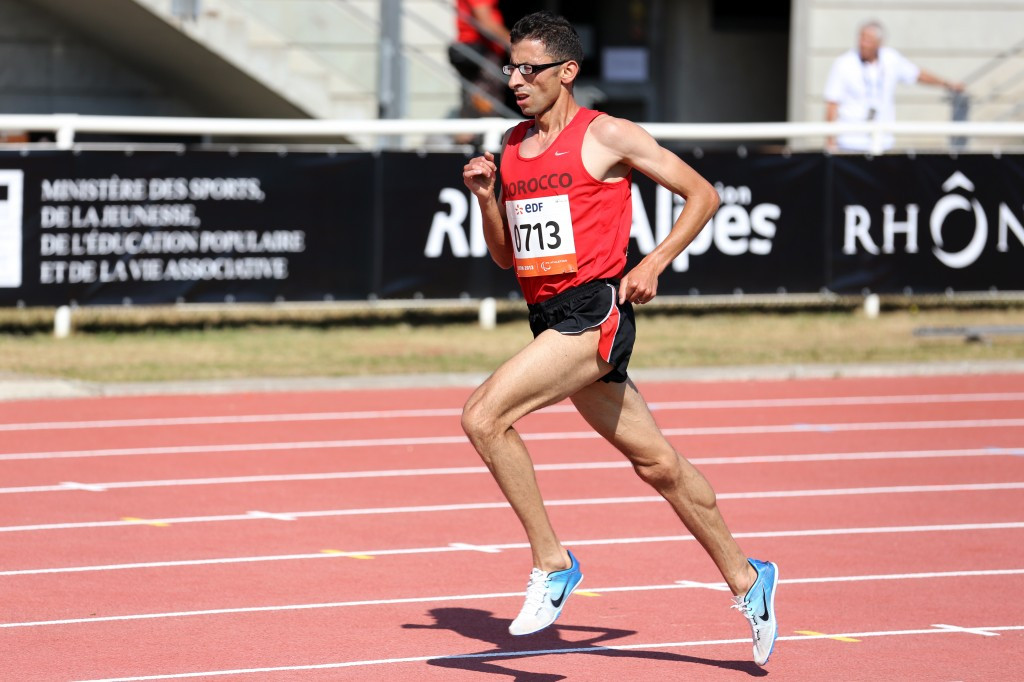 Kimani crossed the line in a time of 4min 16.07sec at the Dubai Police Officer’s Club, narrowly ahead compatriot Wilson Bii.

Morocco’s Paralympic champion El Amin Chentouf was also among the winners on the first day of competition, clocking 3:57.44 in the T12 1500m competition.

Marcel Hug began a heavy schedule of competing in six events in four days by triumphing in the men’s T54 5,000m.

The Swiss star, a silver medallist in the event in last year's IPC World Championships, crossed the line in 10:28.78.

Having triumphed at the Grand Prix event last year, Lahouari Bahlaz celebrated back-to-back success in the men’s F32 club throw with a distance of 33.88 metres.

The World Championship silver medallist held off the challenge of Evgenii Demin, the Russian producing an impressive effort of 30.45m.

There was further success for Algeria in the F32/51 women’s shot put, as Mounia Gasmi’s first round throw of 23.43m was enough to keep her at the top of the leaderboard throughout the duration of the event.

Qatar’s Abdulqadir Abdulrahman Abdulrahman had earned a gold at the inaugural Asia-Oceania Championships at the venue last week and repeated the feat in the men’s F54 shot put.

Competition is due to continue in Dubai tomorrow.