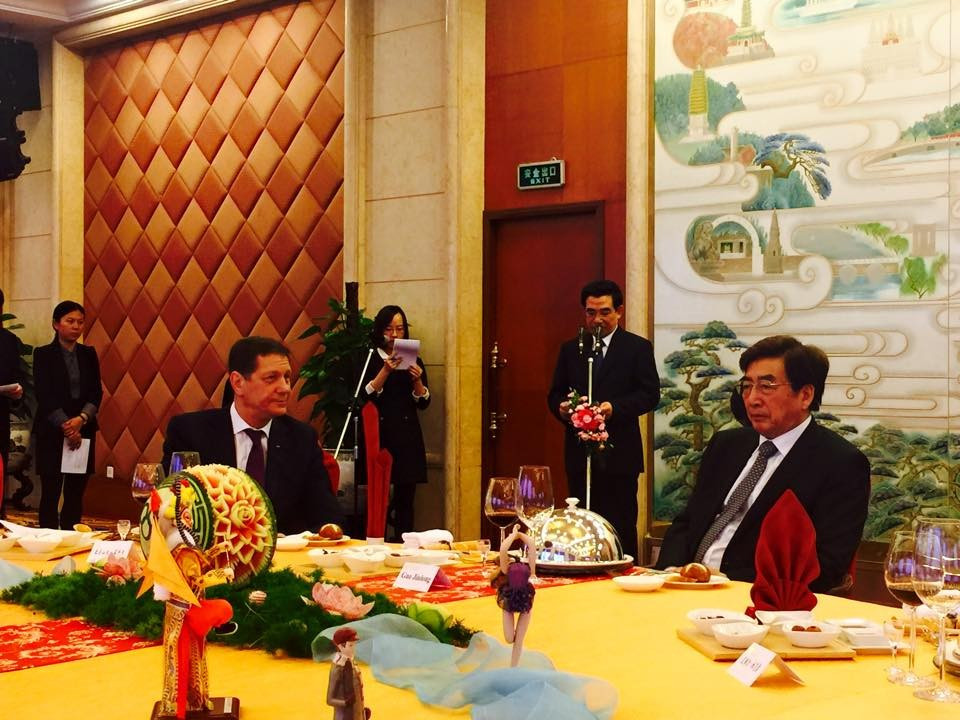 Beijing 2022 have again claimed they will use the Winter Olympics and Paralympics to roll-out winter sport across China in a preliminary Project Review meeting between an International Olympic Committee (IOC) delegation and local organisers.

The IOC panel was headed by Alexander Zhukov, President of the Russian Olympic Committee (ROC), who had also served as head of the Evaluation Commission which last year had produced reports on the bids of Beijing and its only rival Almaty.

Zhukov was a controversial appointment to be chairman of the Coordination Commission last month by IOC President Thomas Bach following Russia's suspension by the International Association of Athletics Federations in November following allegations of state-supported doping.

The day-long session in the Chinese capital confirmed that Beijing 2022 is "off to a fast start", an IOC statement claimed, supported by a team "with significant experience from the 2008 Summer Games".

They pledged to "work closely with the IOC, winter sports International Federations and outside experts to build on the growing winter sports expertise in China.

“The IOC is here to help," Zhukov, a key figure involved in the 2014 Winter Olympics and Paralympics in Sochi, said.

"I have been in your shoes, I know the challenges that you will face.

"I do not have to tell you that we are at the beginning of a long road together.

"I have no doubt that the final destination will be fantastic Winter Games that will leave a great legacy for Beijing and China.”

The bid's main weakness appeared to be a lack of snow in Zhangjiakou, the mountain venue located three hours away in which skiing events are due to take place.

More than two million visitors reportedly came to Zhangjiakou this winter, double the figure from just three years ago.

Beijing's delegation was led by Organising Committee President Guo Jinlong and vice-presidents Zhang Jiandong and Yang Shu'an, who had previously worked on Beijing 2008.

“The friends from the IOC have gained a more comprehensive and clearer idea of Beijing’s preparatory work, while we have also developed a more accurate and clearer understanding of the preparation and delivery of the Olympic Games," said Yang.