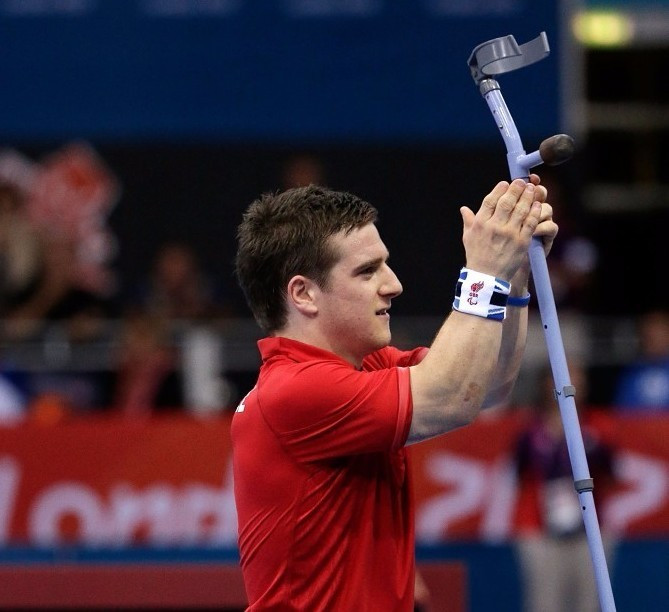 The pair were named as part of a 12-strong team for this year’s Paralympic Games earlier this week, but will now be star attractions at the days, which will offer a disabled person to take part in an introduction to table tennis session.

Head, a Paralympic bronze medallist at London 2012, will be joined by pathway athlete Tom Matthews at a talent day in Cardiff.

The event is scheduled to take place at the Welsh Institute of Sport from 11am to 3pm on Saturday (March 12).

Plymouth’s Eggbuckland College will welcome players the following day from between 11am and 2pm, where Wetherill will be in attendance.

The days are part of a series of events being held around the United Kingdom as the British team seek talented players to join their programme for Tokyo 2020.

The British team are working with home nation governing bodies to help attract the talent and believe their involvement at grassroots level is vital to the sport.

The events will provide para-table tennis classes for a wide range of disabilities, including ambulant and wheelchair-bound athletes, as well as those with learning difficulties.

“But we are always planning for the future.

“At these talent recruitment days we are looking for anybody who shows potential to be the next Paralympic star and once they have been identified we can assist in signposting them to their nearest club and begin their training.”

There are currently 14 players on the British performance squad, while the pathway and development teams have also enjoyed success, with Matthews earning European team gold and singles bronze medals last year.

Interested parties have been invited to call 0114 261 8681 to find out further information about the days.