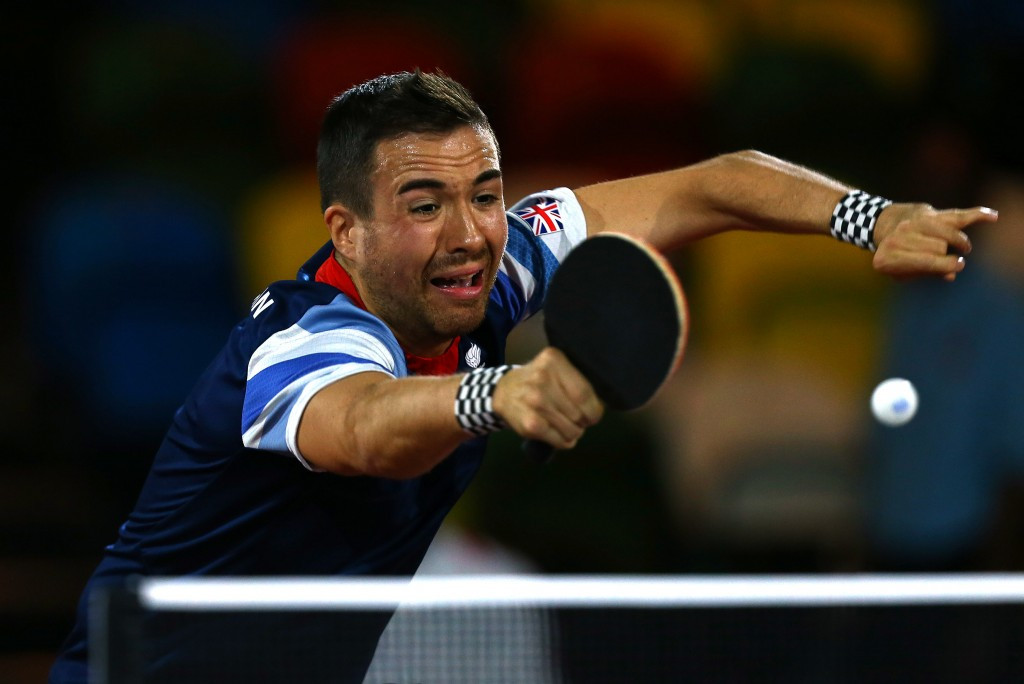 Twelve table tennis players have been selected by the British Paralympic Association (BPA) to compete at Rio 2016.

The team will include world number one ranked class seven competitor Will Bayley and Rob Davies, who tops the rankings in the class one event.

Both competed in front of a home crowd at the London 2012 Paralympics, with Bayley progressing to the gold medal match in the singles competition.

However, he was forced to settle for silver after being beaten by Germany’s Jochen Wollmert, but gained revenge by beating his rival on route to winning the world title in 2014.

The 28-year-old is hoping to upgrade his Paralympic silver medal to gold, when he competes at Rio 2016.

“Being selected for another Paralympic Games means everything to me - it's my life,” he said.

“I love table tennis and to be selected to compete for your country at a Paralympic Games is the pinnacle of any player’s career.

“London was special, it sometimes felt like an out of body experience, but I performed well under tremendous pressure.

“I learnt so much and feel stronger mentally because of it.”

He will be joined in the team by Rob Davies, who has become a double European champion since London 2012.

Fellow class one competitor Paul Davies was one of four bronze medallists four-years ago, along with Sara Head, Jane Campbell, Aaron McKibbin and Ross Wilson.

The quartet have all been selected for their second Games and will be targeting further podium positions.

“Our target is four to six medals and we are on track to achieve that.

“For the first time we have two athletes who are world number one in their class - Rob Davies in men’s class one and Will Bayley in men’s class seven - and we have three other players in the top five in the world.

“The players are working hard and have also been training abroad which will bring them to a higher level but we should not forget that other countries are also working hard and it will be a massive challenge for us.”