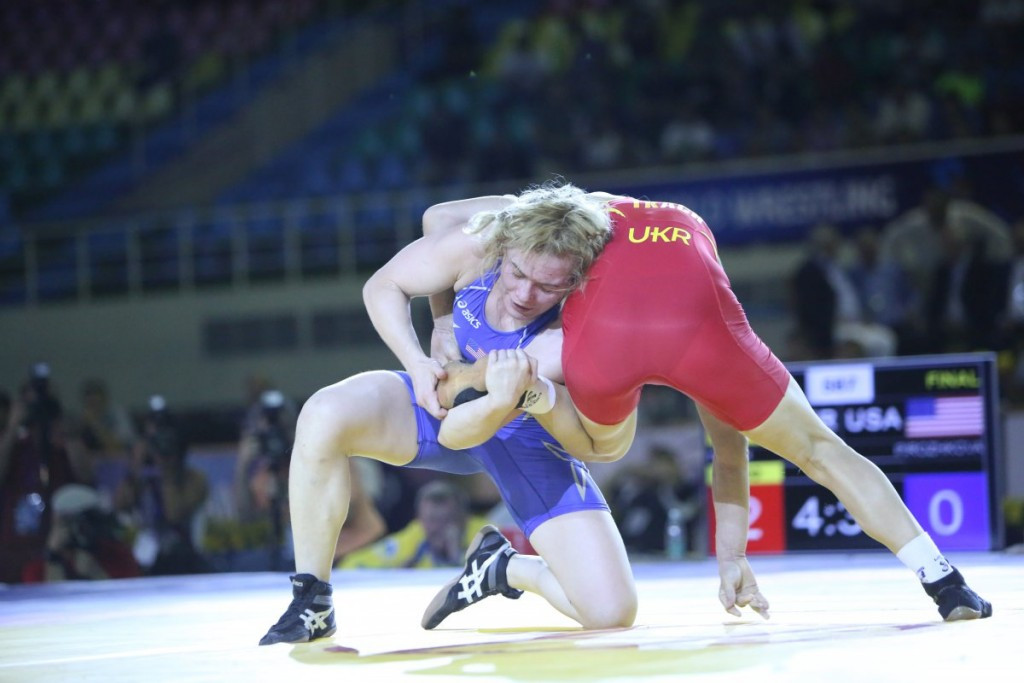 Canada and the United States claimed three gold medals apiece in women’s freestyle events on the opening day of the Pan American Wrestling Championships in Frisco.

An 8-0 win for Mexico’s Laura Peredo Torres over Brazil’s Susana De Almeida Dos Santos secured her a place on the podium, while Ecuador’s Katiuska Toaza Avelino claimed the other bronze after her Argentine opponent Patricia Bermudez forfeited the contest.

Only one bronze medal was awarded in the division with Ecuador’s Lissette Antes Castillo securing a victory by fall against Panama’s Emily Sanchez Ortega.

The final American triumph of the day came in the 69kg competition, with Elena Pirozhkova winning each of her three contests in the round robin event to secure the title.

It proved enough to see the United States claim the women’s team title, after the successes helped them end on a tally of 67 points.

Canada would finish second in the standings, with their Toronto 2015 Pan American Games silver medallist Justina Di Stasio sealing one of their three titles.

The 23-year-old secured a victory by fall over Colombia’s Andrea Olaya Gutierrez in the 75kg final, with Brazil’s Aline Da Silva Ferreira replicating the feat in her bronze medal clash with Mexico’s Diana Paulina Miranda Gonzales.

Venezuela’s Jaramit Weffer Guanipa completed the podium after the United States’ Iris Smith forfeited prior to their bout.

Similarly Samantha Stewart secured the 55kg division title with the Canadian's opponent Giulia Rodrigues of Brazil having to withdraw due to injury.

The bronze medal was won by Venezuela’s Betzabeth Arguello Villegas as she was awarded a technical fall win over Puerto Rico’s Sheykaliz Cintron Martinez.

A hat-trick of Canadian golds was completed by Jasmine Mian, after she defeated Ecuador’s Luisa Valverde by fall in their 53kg, with Colombia’s Leidy Cifuentes Carranza and Cuba’s Lianna de la Caridad Montero Herrera winning bronze.

The sole Brazilian title was claimed by Lais Nunes De Oliveira as she comfortably defeated the United States’ Amanda Hendey 8-1 in the 63kg gold medal contest.

The last gold of the opening day was sealed by Colombia’s Jackeline Renteria, after she won all three of her round robin clashes in the 60kg event.