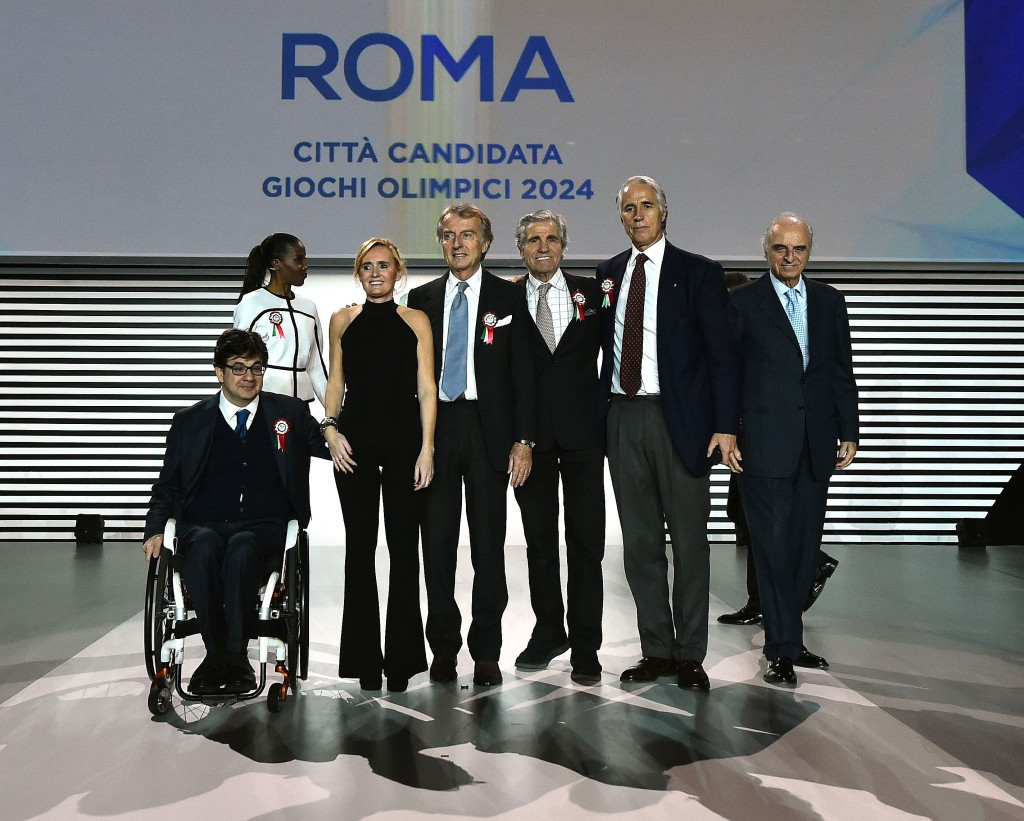 Rome 2024 has proposed a "low cost approach" to hosting the Olympic and Paralympic Games after submitting the first part of its Candidature File to the International Olympic Committee (IOC).

Rome 2024 President Luca Di Montezemolo claims 70 per cent of the facilities required to host events around the Eternal City, which hosted the 1960 Games, are already in place.

Its dossier, an "economic assessment of the Rome 2024 Olympic and Paralympic Games", also estimated the event would generate gross domestic product growth of more than 2.4 per cent over the same six-year period, boosting it by an average of 0.4 per cent a year.

"The building blocks of our project are total transparency, a low-cost approach and bringing general improvement to the city," said Di Montezemolo during a launch event at Palazzo dei Congressi today, on the deadline for submitting the first bid files.

"If we had to organise the Opening Ceremony tomorrow, as well as the athletics and swimming events, we could."

Italian Olympic Committee (CONI) President Giovanni Malagò said the cycling, marathon, beach volleyball and archery competitions would be staged at Ancient Roman sites such as the avenue leading up to the Colosseum, the Imperial Fora and the Circus Maximus.

Football matches would be played in 10 stadiums around the country, and Cagliari, in Sardinia, would host sailing events, Malagò said, adding that Italian film composer Ennio Morricone would compose a Rome 2024 hymn.

The CONI head also promised that Rome's Stadio Flaminio will be saved if the city's bid is successful and would host rugby sevens and modern pentathlon events, according to the bid plan.

Since the Italian national rugby team stopped using it as the venue for its home Six Nations games in 2011, the historic ground has fallen into a state of disrepair.

"The Flaminio is a wound for the city," said Malagò.

"Who does not want to get back this marvellous stadium, full of history?"

A Rome Olympics would be held around three key centres in the Foro Italico that includes the Stadio Olimpico, the Fiera di Roma trade fair complex and the Tor Vergata, which would host the Olympic Village.

"We want to have the biggest sporting party ever organised," added Di Montezemolo, the former Ferrari and Fiat chief.

"There’s a theme at the centre of the project: the Italian art of welcoming, the capacity of taking around the quality of life in our country."

Italian President Sergio Mattarella hopes that the 2024 Olympic Games can have a similar impact on the country to those in 1960.

"As the 1960 Olympic Games marked an important passage in italy’s economic and social development, my hope is that the 2024 Olympic Games can become the crossroads for a new growth, in the name of quality and sustainability," he wrote in the letter to Montezemolo and Malagò.

"Rome's bid to host the 2024 Olympic and Paralympic Games is a challenge that calls forth the nation's planning capabilities, testing vision, quality and resources."

Budapest, Los Angeles and Paris are also in the running with a decision due to be made by the IOC at its Session in Lima in Peru in 2017.

The submission of the second part of the Candidature File, covering Governance, legal and venue funding, is due by October 7, 2016.

The deadline for the third and final submission, focusing on Games delivery, experience and venue legacy, is February 3, 2017.