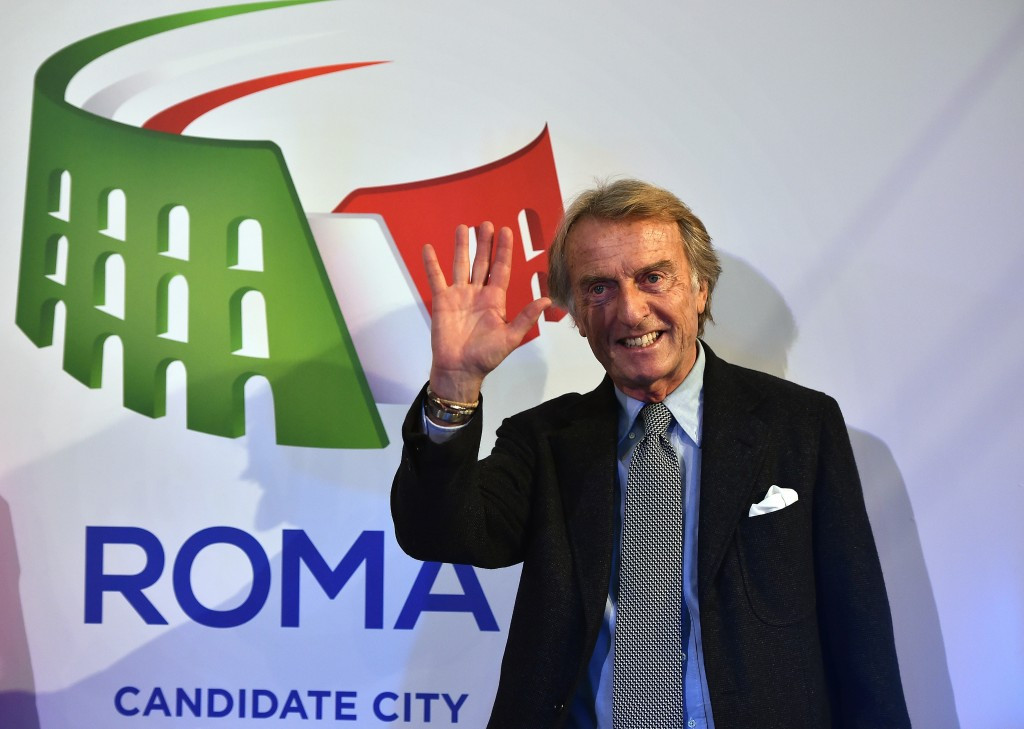 Organisers of Rome's bid for the 2024 Olympics and Paralympics will explain in detail about their candidacy at an event in the Italian capital next week, they have announced.

Rome is hoping to stage the Games for the first time since 1960 and has invited "the sporting world" to a meeting at the Palazzo dei Congressi Eur on February 17 where more than 1,000 people are expected.

Institutions, investors, businesses, universities and the media will also be represented at the event, which will is due to begin at 10am.

"The Rome 2024 Committee will present to the city the vision of the project as well as its economic budget, the effect on employment and all the opportunities and the benefits that the Games would offer to the country," said a statement.

"On the same morning the bid documents will also be submitted to the International Olympic Committee (IOC) in flash drivers, reducing the environmental impact to its minimum."

Luca di Montezemolo, President of the Rome 2024 Committee, and Italian Olympic Committee President Giovanni Malagò will be among the officials in attendance.

They will be joined by the vice president of the Bid Committee Luca Pancalli, general coordinator Diana Bianchedi and athletes relations manager Fiona May.

The Palazzo dei Congressi Eur itself has Olympic heritage - having staged fencing and modern pentathlon in 1960.

The event next week will be live-streamed to allow the public to watch.

Rome claimed a boost in its bid to host the Olympics and Paralympics when Italy's Parliament rejected a motion to stage a referendum on whether their candidacy should proceed.

Stefano Fassina, a candidate for the Rome Mayoral election and leader of the left-wing Sinistra Italiana party, put a proposal forward but it was rejected by 288 votes to 214 in the Chamber of Deputies earlier this month.

A pro-referendum website had earlier been set up by the Italian Radicals Political Party, accompanied by a dossier entitled "Roma 2024: A very risky bet".

Italy's Prime Minister Matteo Renzi has boasted that Rome is the strongest candidate in a race which also includes Budapest, Los Angeles and Paris.

The IOC is due to elect a host in Lima in Peru next year.

All of the candidates must submit the first part of their files to the IOC by February 17.