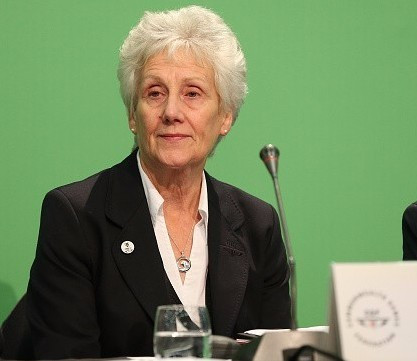 Spain is preventing its participation in a number of sports due to its dispute with the United Kingdom over ownership, the British Overseas Territory has complained.

“I will speak to anybody on your behalf,” Martin, elected as head of the CGF last September, told the Gibraltar Chronicle.

“I understand that there is political tension there, but in sport, as far as I am concerned, all sportsmen and women should be treated as equals and should be allowed to participate wherever they want.”

The visit of the CGF, who are holding a two-day meeting of its Executive Board starting tomorrow here for the first time, is being used by the Gibraltar Commonwealth Games Association (GCGA) as an opportunity to draw attention to the barriers it faces competing internationally in many sports.

A new row has developed between Gibraltar and Spain in hockey.

The EHF, however, claimed the decision has been a national measure imposed by the Consejo Superior de Deportes, a Government agency responsible for developing sport in Spain.

Gibraltar's Government have issued a statement calling on the ban to be lifted.

"The Government fully and entirely supports the Gibraltar Hockey Federation in such actions as it deems appropriate to undo this clear and unacceptable discrimination against our hockey community," it said.

"Once again, Spain mixes politics with sport in a most inappropriate manner."

The Gibraltar Football Association have also offered their support to hockey, members of the EHF since 1969.

"The Gibraltar FA has taken note of the statement issued by the Gibraltar Hockey Association in relation to the Spanish Hockey Federation's prohibition on all forms of sporting contact between Spanish and Gibraltarian hockey teams," they said.

"The Gibraltar FA places on record its total support for the Gibraltar Hockey Association in its efforts to get the European Hockey Federation to redress this unacceptable situation and thus ensure that the European hockey family, of which the GHA has been an integral and proud part for many years, remains free from any type of political interference."

UEFA constantly blocked Gibraltar's membership following pressure from Spain, even though the Court of Arbitration for Sport had ordered them to admit them in 2006.

The European governing body finally allowed Gibraltar to join as full members in 2012, allowing them to take part the qualifying competition for Euro 2016.

Gibraltar are currently appealing against a decision by FIFA to reject their membership because they claim it is not a country.