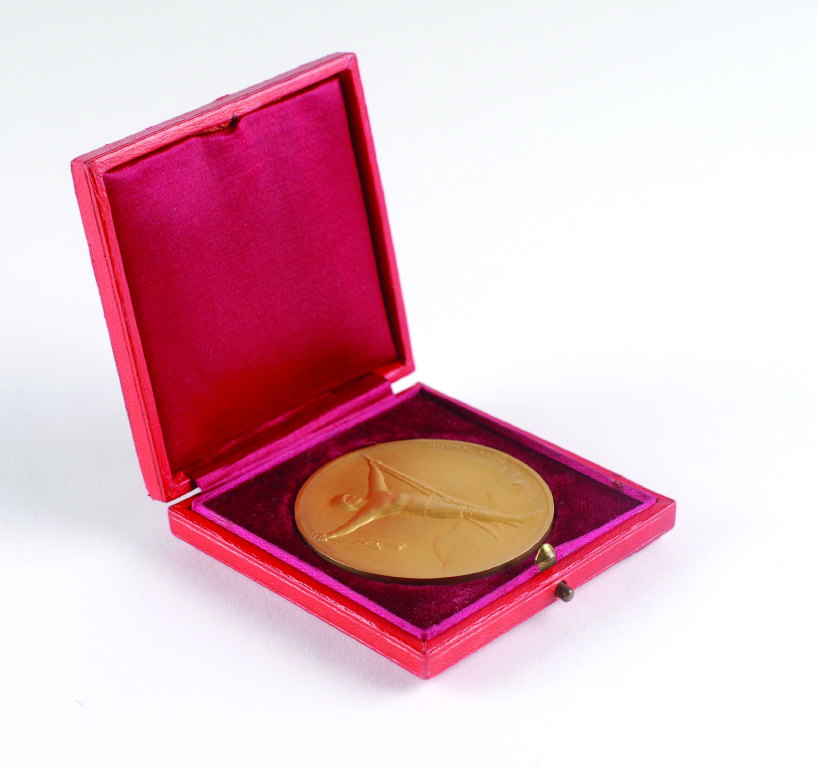 It led the online sale of a collection of Olympic medals and Torches organised by RR Auction that closed last night.

A total of 16 countries competed in 16 competitions, including Nordic skiing and curling.

It is not known who won the medal but, according to RR Auction, it is gilt silver and 55 millimetre in size and 75 grams in weight and was designed by acclaimed French engraver Raoul Benard in Paris.

"Only 294 athletes participated, making any Chamonix medal very rare - first place winner’s medals are, of course, the most desirable," they said in the description.

"According to the official medal count, only 33 first place gold winner’s medals were awarded."

"According to the official medal count, only 33 first place gold winner's medals were awarded."

It was designed to resemble the iconic Calgary Tower and is among the most desirable Olympic Torches on the market.

"After the lighting ceremony in Olympia, the flame was flown to Newfoundland," said RR Auctions.

"Unlike many relays, the Torches were shared and thus only about one hundred were manufactured."

An Olympic gold medal from Los Angeles sold for $41,806.80, although there is no indication as to who it was awarded too.

The gold medal won by American boxer Wilbert McClure in the lightweight division at the 1960 Olympics in Rome sold for $30,202.38.

As a gold medal for boxing, this is also the same exact type of medal awarded to Cassius Clay for winning the light heavyweight division at the same Games.

“It’s not surprising that it was able to command such an impressive figure - it’s the same type of medal awarded to a young Cassius Clay,” said Robert Livingston, executive vice-president at RR Auction.

“There’s a strong emotional tie for anything related to Muhammad Ali —who is generally considered among the greatest heavyweights in the history of the sport.”

A prototype gold medal for the 1936 Winter Olympics in Garmisch-Partenkirchen was another item that sold well.

The medal, described as "incredibly impressive" by RR Auctions, was bought for $34,073.38.