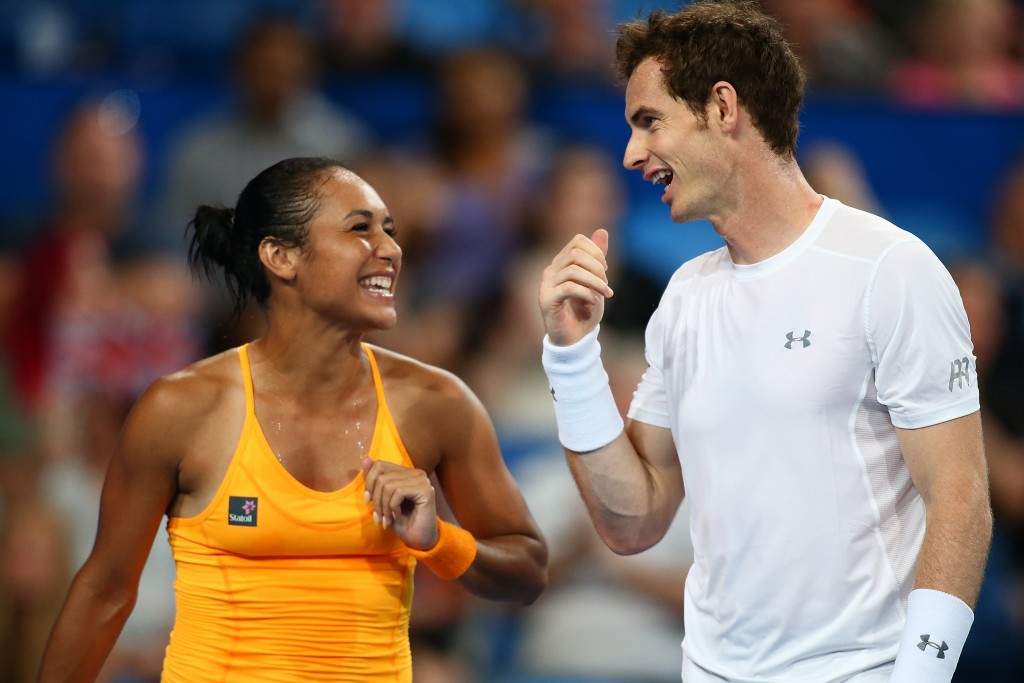 Britain’s Andy Murray and Heather Watson battled to victory in their opening Hopman Cup match after their contest against the French team was decided on a tie-break in the crucial mixed doubles rubber at the Perth Arena.

The victory of the two-time Grand Slam champion gave Watson the opportunity to seal their first Group B win in her tie against Caroline Garcia, although the French player lies 21 places above the Briton in the women’s rankings.

It, therefore, came as no surprise when Garcia took charge in the opening set prevailing 6-3, but her opponent battled back to claim a closely fought second set 7-5 to force a decider.

The momentum, however, swung back into the Frenchwoman’s favour, with Garcia eventually wrapping up a 6-3, 5-7, 6-3 win.

The French pairing of De Schepper and Garcia were unable to defeat their British counterparts in the mixed doubles event, despite winning the second set, as Murray and Watson prevailed 6-2, 5-7, 10-6.

It moved Britain to joint top of Group B alongside Australia Gold, who defeated Germany yesterday, with the leading pairings scheduled to meet on Wednesday (January 6).

Following Britain’s first win at the tournament, which serves as a key warm-up event ahead of the Australian Open later this month, Murray claimed he would leave the major tournament should his wife Kim go into premature labour with their first child.

"I'd be way more disappointed winning the Australian Open and not being at the birth of the child."

Meanwhile in Group A, Ukraine secured a 2-1 win over an American team who were missing women’s number on Serena Williams.

She was forced to miss the match with Elina Svitolina due to knee inflammation.

William’s replacement Vicky Duval was unable to overcome the Ukrainian star, who recorded a straightforward 6-4, 6-1 win.

Alexandr Dolgopolov completed Ukraine’s victory by overcoming Jack Sock 6-4 6-2, but fell to defeat in the mixed doubles with Svitolina as Duval and Sock won 6-2, 6-3.

Ukraine will face the Czech Republic tomorrow, in a meeting of the top two teams.

Australia Gold and the United States will be hopeful of earning their first Group A victory when they meet in the second tie of the day.