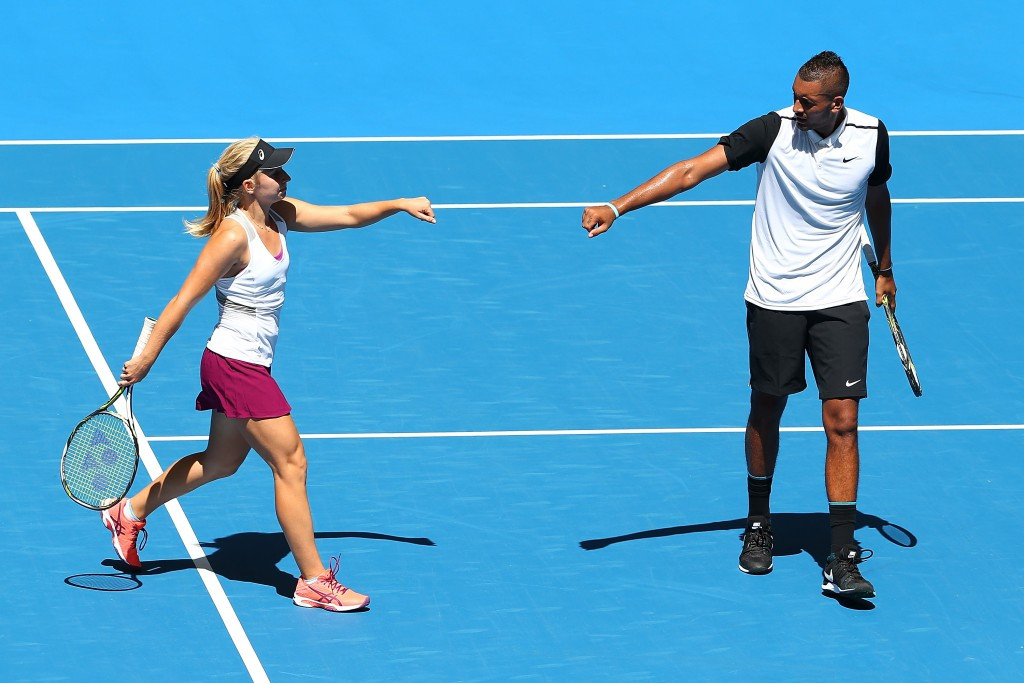 Nick Kyrgios and Daria Gavrilova secured victories on the opening day of the Hopman Cup as the Australian Green team made an impressive start at the Perth Arena.

The first of two mixed-gender teams representing the host country at the tournament, faced the challenge of the German team, comprising of Alexander Zverev and Sabine Lisicki in their first Group B tie of the hard court tournament.

Russian-born Gavrilova, making her first appearance at the hard court event, got the hosts off to an ideal start after she brushed aside the challenge of the world number 36, Lisicki, winning 6-2,  6-2.

It left 18-year-old Zverev, the youngest player in the world’s top 100 men, with the daunting task of levelling the tie ahead of the mixed doubles rubber.

The big-serving German looked on course to earn a shock victory over Kyrgios, who courted controversy last August for comments made about Swiss star Stan Wawrinka's girlfriend, with Zverev taking the first set 6-4.

His Australian opponent, ranked 30th in the world, responded well, however, to win the next two sets 6-1, 6-4 and ensure his team begun with a victory.

“It’s always good to start the year with a win,” said Kyrgios.

“We had a lot of fun moments, this Perth Arena is one of my favourite stadiums.

“In the first set I played a couple of loose points and knew that I had to stay calm”.

Kyrgios then combined with Gavrilova to win a thrilling mixed doubles match 6-3, 4-6, 10-7 against their German rivals.

The tournament serves as a key warm-up event ahead of the Australian Open, due to begin on January 18, with the first major of 2016 set to be final competition of Lleyton Hewitt’s career.

The 34-year-old, winner of the US Open in 2001 and Wimbledon in 2002, was unable to start the Hopman Cup with a victory, despite winning the second set of his match against the Czech Republic's Jiri Vesely, who hit back to triumph 6-3, 6-7, 6-4.

Vesely and Pliskova then teamed up to claim a 6-2, 7-5 win in the mixed doubles to confirm their dominance.

Ukraine’s Alexandr Dolgopolov and Elina Svitolina are due  take on the United States’ Jack Sock and Serena Williams tomorrow’s Group A tie, before Britain’s Andy Murray and Heather Watson meet France’s Caroline Garcia and Kenny De Schepper in Group B.