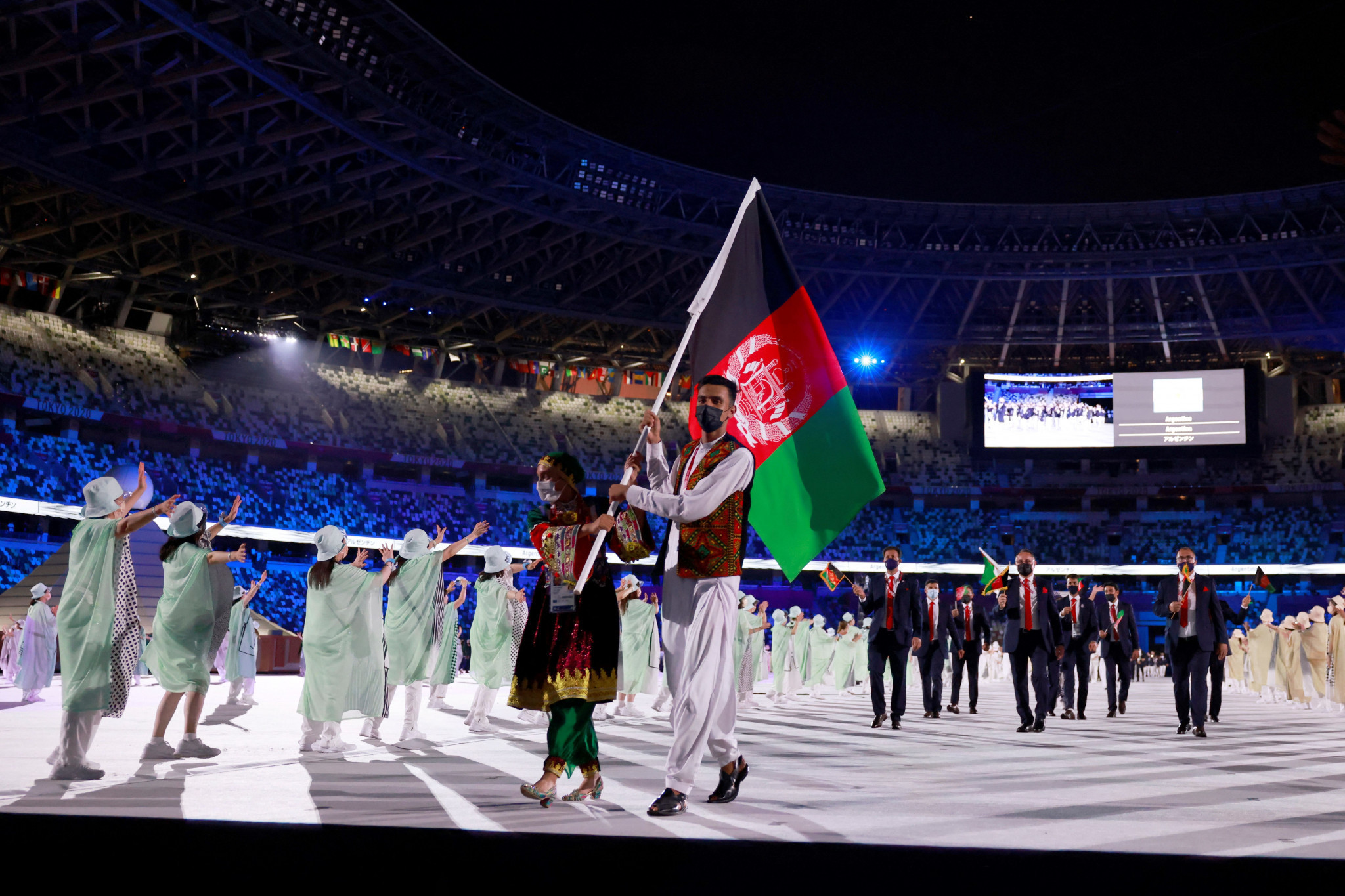 The International Olympic Committee (IOC) Executive Board has "expressed its serious concern and strongly condemned" restrictions on the participation of women and girls in sport in Afghanistan.

However, it stopped short of suspending the National Olympic Committee (NOC) of the Islamic Republic of Afghanistan, which pressure group Human Rights Watch had called for.

The IOC has made the provision of support to the Afghan NOC within the Olympic Movement conditional on three provisions.

These are a guarantee of the safe and inclusive access to sport for women and girls, Afghan teams at international events featuring female athletes living in the country as well as abroad, and sports institutions belonging to the Olympic Movement addressing these issues and including women among their members.

The IOC Executive Board decided to continue providing direct support to Afghan athletes through Olympic Solidarity scholarships, "specific modalities for the participation of the Afghan NOC delegation and team in the Olympic Games Paris 2024" will depend on the progress of women's access to sport, and elected office-bearers of the NOC continue to be recognised.

It has the power to modify or strengthen these measures, and has recommended that the Olympic Council of Asia (OCA) and International Federations adopt similar decisions.

"Despite the repeated commitments from the Afghan NOC and sports authorities to ensure full compliance with the Olympic Charter and the Fundamental Principle of non-discrimination, and to send mixed teams to international sports competitions, in particular the Olympic Games Paris 2024, the latest developments prompted the IOC EB to urge the relevant authorities in Afghanistan, including the Afghan NOC and the Afghan Directorate of Physical Education and Sports, to take immediate action at the highest level to reverse such restrictions and ensure safe access to sport for women and young girls in the country," the IOC said in a statement read by director of Olympic Solidarity and NOC relations James Macleod.

Afghan IOC member Samira Asghari has described the country as "like a prison" for women and girls following the Taliban's return to power last year.

She today thanked national and international sports organisations, including the IOC, OCA and International Federations, for their efforts "to have a better situation of sport in Afghanistan".

Hardline Islamist group the Taliban severely restricts the rights of women and girls under its interpretation of Sharia law.

This includes an requirements for women to cover their faces in public, travel with men and be excluded from secondary education and sports.

More than a million people are reported to have fled Afghanistan since the Taliban's resurgence, with various sports bodies, including the Australian Olympic Committee, FIFA and the International Cycling Union, assisting with efforts to evacuate athletes.

Human Rights Watch's director of global initiatives Minky Worden outlined the organisation's belief that the IOC should adopt a firmer stance against Afghanistan prior to the Executive Board's decision.

"Since the Taliban takeover of Afghanistan, thousands of women and girls have been denied the right to play sport, and the education opportunities, scholarships, and right to achieve the highest attainable standard of physical and mental health participating in sport brings," Worden said.

"The IOC should not take a day longer to remove the Taliban from the Olympic Movement, strip their status, and halt the funding the IOC provides.

"The IOC always says athletes are the heart of the Olympic Movement, but what about the women and girls of Afghanistan?

"They are athletes too, and have not been given meaningful assistance by the Olympic system.

"They are still waiting for the IOC to stand with them instead of their abusers, the Taliban."

Afghanistan's NOC has previously been suspended from 1999 to 2003 after the Taliban barred women from sport during its first Governmental rule.

Taliban officials had pledged to the IOC in November last year that Afghan athletes and teams would be allowed to compete internationally.

Concerns have escalated over the country's ongoing humanitarian crisis, and progress on women's participation in sport has been limited.

More women than men competed in the Afghan team at the Islamic Solidarity Games in Konya earlier this year, which IOC President Thomas Bach said was "good news and not so good news" because the female participants were all living outside of the country they were representing.

After the last IOC Executive Board meeting, Bach said there had been "different signals" on progress in line with a "roadmap" to ensure women can have access to sport across the country.

In October, the IOC's head of international relations and governance in its NOC relations department Jérôme Poivey claimed that the organisation had received a "clear commitment" to the participation of mixed teams at the Hangzhou 2022 Asian Games and Paris 2024 Olympics.

Human Rights Watch has accused the IOC of an inadequate response to "the deprivation of rights of women and girl athletes" despite its engagement with the Taliban, and claimed "there is no evidence the IOC solidarity funding or humanitarian funding has reached athletes, either male or female".

It also fears a ban on women's sport in Afghanistan is "likely to be permanent", and suggested that the IOC had not applied its Strategic Framework on Human Rights approved in September in this instance.

Afghanistan made its Olympic debut at Berlin in 1936.

It was banned from the 2000 Olympic Games in Sydney due to the Taliban Government's discrimination against women and opposition to them playing sports.

When Afghanistan returned at Athens in 2004, the team included women for the first time, judoka Friba Rezayee and sprinter Robina Muqim Yaar.

Afghanistan was represented at Tokyo 2020 by four male and one female athlete, sprinter Kamia Yousufi.