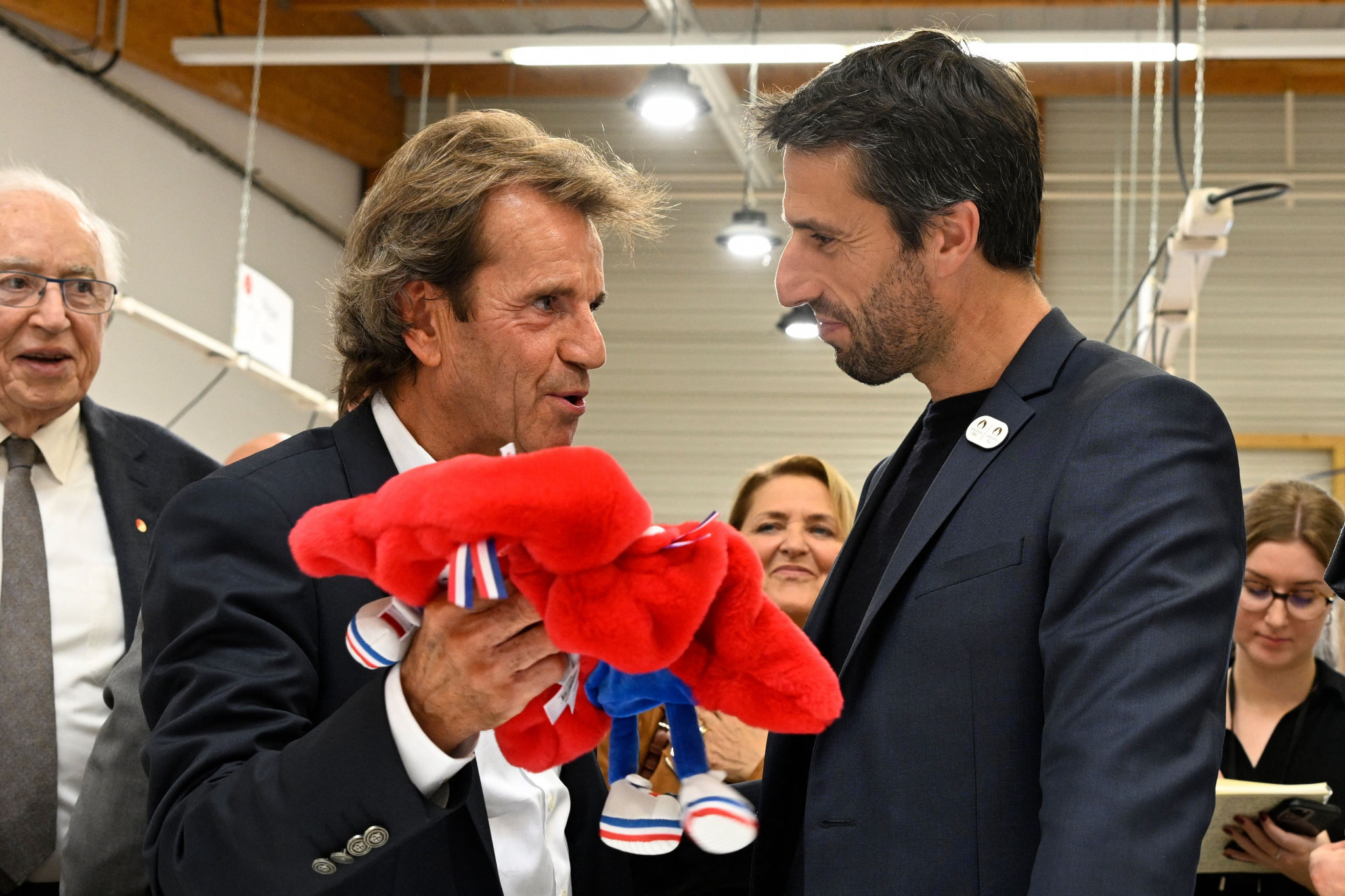 Suppliers of the Paris 2024 mascot Phryges are set to double production in France to half a million.

A quarter of the total number of Olympic mascots are now to be made in Brittany in North West France by Doudou et Compagnie, which manufactured protective masks during the COVID-19 pandemic.

It is expected that around 500,000 soft toy mascots are to be produced in La Guerche-de-Bretagne in Ille-et-Vilaine.

The mascot Phryges is inspired by the headgear worn during the time of the French revolution at the end of the 18th century.

The decision comes after a backlash against announcements that many of the mascots would be fabricated in China.

"As a car enthusiast, it annoys me that the public authorities take decisions on this sector which will allow us to open our doors wide to Asian cars," Doudou et Compagnie President Alain Joly told Le Parisien.

"I have the feeling that we are abandoning our know-how.

"So, yes, I understand that people, who see that we are touching the Phrygian cap, wonder why we are going to manufacture it in China!"

To complete the task, the company has hired 50 staff, 15 more than originally planned.

"We are committing more resources, more training, without being certain of selling what we are going to produce," Joly continued.

"I want permanent jobs, not just to produce mascots, I don't want people to find themselves on the sidelines in 2024."

Production began this week and is expected to reach 5,000 per week - an increase on the 2,700 originally planned.

The company is also set to produce 100,000 Phrygian caps.

Mascots and souvenirs are also to be produced by Gypsy Toys, another French company.

The mascots, which require 38 processes to manufacture, are set to go on sale for the first time in January.

The Paris Olympics are scheduled to open on July 26 2024.