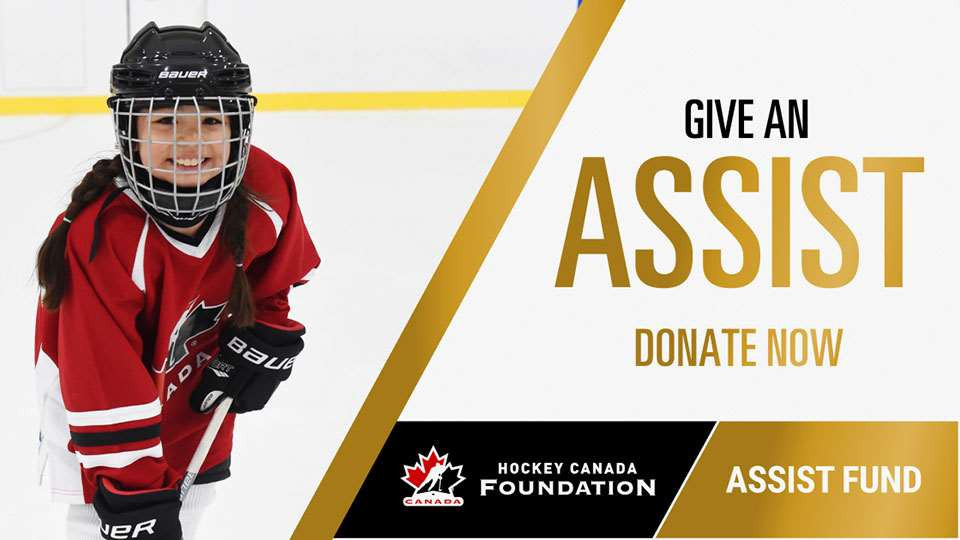 The Hockey Canada Foundation has confirmed 2,349 children are to receive subsidies towards their registration fees for the 2022-2023 season through its assist fund, meaning a record number of young people are to benefit from it this year.

All 13 of Hockey Canada's regional members have players receiving funds, with 39 per cent being from black, indigenous and other minority groups.

"Throughout the application process, we heard so many incredible stories from families who are looking forward to watching their child play hockey for the first time, and from others who needed an assist to return to the rink," said Donna Lampieri, executive director of the Hockey Canada Foundation.

"Thanks to the generosity of Canadians and our partners, more children from coast to coast to coast will be impacted through this initiative this season than ever before."

Since beginning in 2020, the assist fund has provided support for more than 5,000 children including over 1,750 from ethnic minority backgrounds.

It was created in response to the COVID-19 pandemic.

Canadians can contribute to the fund as well, with 100 per cent of donations going towards registration fees for more children across the country.

Hockey Canada is looking to change its reputation as it continues to wrestle with sexual assault allegations related to its men's junior national teams from 2003 and 2018.

The governing body was found to have paid off victims with a fund financed by the registration fees of players nationwide.

The Canadian Government has frozen the organisation's support indefinitely, while major sponsors such as Nike have pulled funding.

Scotiabank and Tim Hortons have withdrawn support from the men's national teams too.