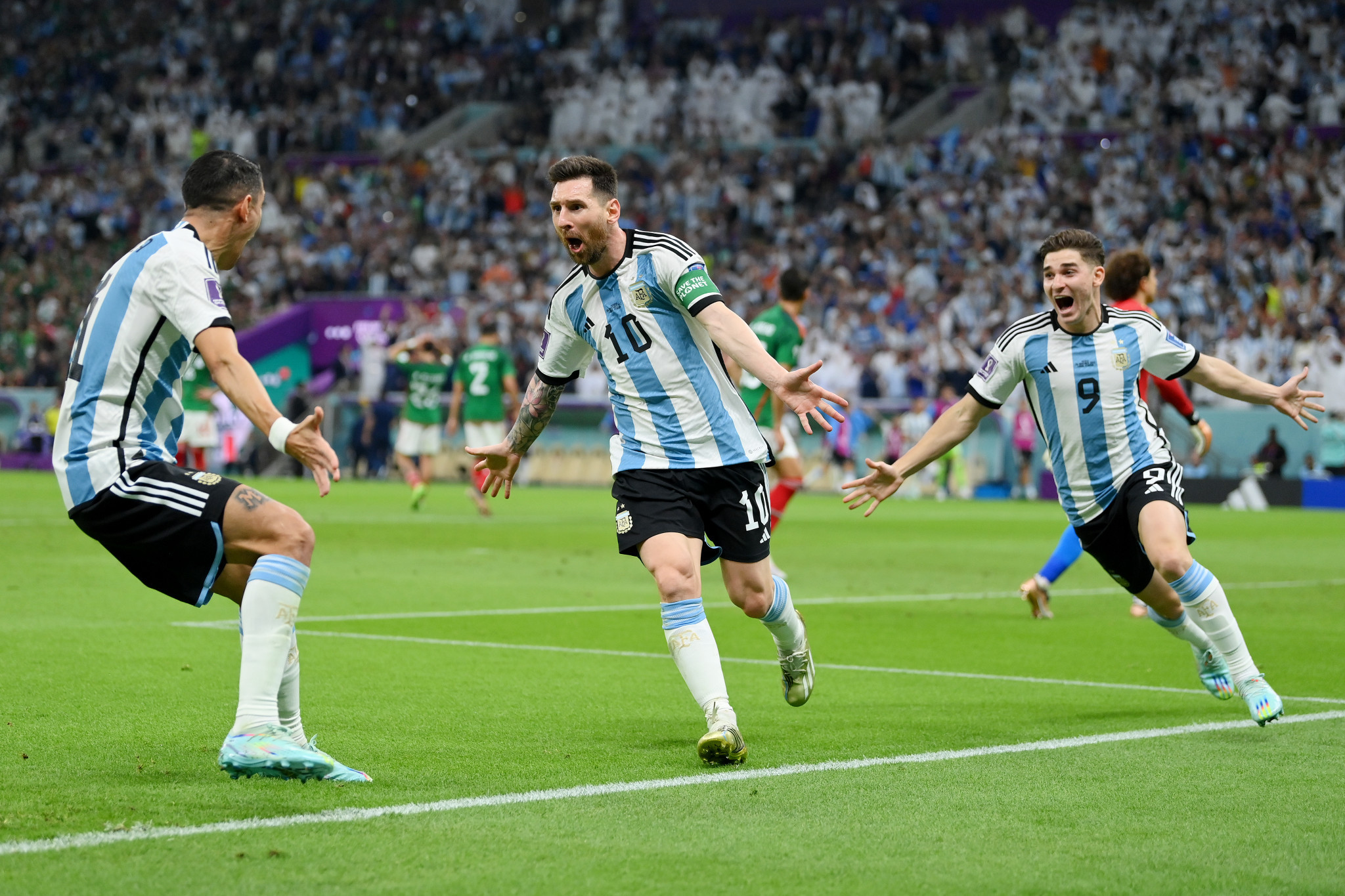 At the Lusail Stadium, Argentina were struggling to breakdown Mexico until the little genius turned it up a notch.

In the 64th minute, Messi controlled an Angel di Maria pass from the right with a peach of a first touch before drilling a low shot into the bottom corner to beat Guillermo Ochoa.

Argentina fans from a crowd of 88,966 went wild after enduring a shock loss against Saudi Arabia in their opener.

But there was to come in the form of Enzo Fernandez.

Messi was the creator this time as Fernandez curled a glorious shot into the top corner with three minutes to go.

Earlier, Robert Lewandowski scored his first ever FIFA World Cup goal as Poland beat Saudi Arabia 2-0 before Kylian Mbappé helped France qualify for the next round.

That feeling when you’re the first team to advance to the Round of 16! 🙌#FIFAWorldCup | #Qatar2022

Piotr Zielinski had given Poland the lead in the first half from a Lewandowski assist.

But Polish goalkeeper Wojciech Szczesny shined with a twin save.

After keeping out Salem Al Dawsari's effort, the Juventus man produced another sensational save from Mohammed Al Burayk's rebound effort.

In the second half, Barcelona frontman Lewandowski capitalised on an error by Abdulelah Al Malki to calmly slot home the second goal, ending Saudi Arabia's electric start to the tournament.

Meanwhile, Mbappé showed why he one of the best young talents in the world with two wondeful goals to beat Denmark 2-1.

Robert Lewandowski reflects on the priceless contributions from his teammates in securing an essential win for Poland.

The Paris Saint Germain forward broke the deadlock after exchanging a one-two with Theo Hernandez in the 61st minute .

But with four minutes to go, the mercurial Mbappé snatched the winner at the far post from an Antoine Griezmann cross to help the defending champions reach the next round.

In the morning match, Australian forward Mitchell Duke scored the only goal to beat Tunisia 1-0.

Duke flicked home a deflected cross from Craig Goodwin, before dedicating the goal to his son.