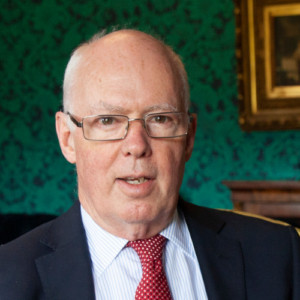 Is it sad that the Global Association of International Sports Federations (GAISF) is to be disbanded? Yes.

Should it be disbanded? No - not if sport wants to debate and collaborate on collective issues.

The concept of having a self-managed association representing the interests of all sports federations, regardless of their Olympic status, was a sound and sensible proposition.

From my part I enjoyed helping GAISF establish its first permanent headquarters in Monaco. It was good to see how all the federations embraced the annual calendar conference which also provided a forum for when corporates and broadcasters could attend. Many long-term relationships were established and the valuable sharing of knowledge and experience. As more and more challenges were faced by sport GAISF was the forum where matters would be discussed, and as the conference grew in stature the setting up of a dedicated division - SportAccord - was logical.

The past Presidents of GAISF have been strong personalities committed to assist and help the growth of sport on a truly broad basis. They were mostly elected by the membership, as were the other key Council members, and therefore the direction and leadership came from the membership floor, with matters always oriented to the collective.

Tommy Keller, Dr Un Yong Kim, Hein Verbruggen, and Patrick Bauman all saw and embraced the value and importance of an independent sport association. Marius Vizer also saw that "all sports" were at the heart of GAISF, but was GAISF at the heart of sports?

Perhaps the demise of GAISF started when Bauman, although being a solid supporter of GAISF, responded to the turmoil created by the events in Sochi. The adoption of the rotational Presidential selection took away from GAISF the continuity and direction it needed. The appointment of the President and much of the selection of the supporting Council has become a function of the individual groups. Without the need of strong, experienced and committed central leadership, the operation of GAISF has become directed by the individual ambitions of the umbrella groups. The result of this rotational approach has led to the current proposal that GAISF is not needed as its responsibilities are better served at the grouping level.

An important aspect of sport is a well-structured recognition process, a process that I think should be overseen by all sports but without the influence of the individual groups who inevitably wish to be protective of their own designations.

A proper recognition structure, although reviewed by Bauman, has never truly been put into place. The personal concerns and restrictive policies of the few have allowed the recognition process to continue to be complex, unwieldy and not fit for purpose.

Dissolving GAISF does not provide an answer. The problems are being moved, not resolved. If the goal was to resolve the current issues, leadership could do so without moving the organisation wholesale. What happens to sports outside of the Olympic family?

A democratically-elected President supported by a balanced Board, that recognised the interests of sport as a whole, and not confined to protecting their own Olympic status, could easily structure a fair and effective recognition process.

To close GAISF will not achieve anything other than denying the global sporting community to have its own association. An association that can, and should, debate and discuss issues beyond those of the Olympic Movement. Even a grace period to enable all sports to fully consider the association role, the selection of its leadership, and to ensure correct management, would all be better than the current proposed closure.

SportAccord is a different entity. It was spawned out of GAISF, not the other way round. It was the conference convention that grew out of the annual GAISF events calendar meetings. Its success was at a time when Olympic and other event host cities could openly present and when the Olympic Executive Board meetings coincided with the GAISF Congress. The alignment of these events provided a good commercial proposition for SportAccord, but does such a commercial proposition still exist?

The decision however lies with all the individual federations, the dilemma they face is that each of their individual umbrella groups are lobbying for full support and voting against will be seen as provocative. However sport faces collectively more and more challenges; migrant workers, environment, sportswashing, drug abuse, gambling addiction, political intervention, corruption. Wouldn't a central, well-run organisation that represents and is controlled by all sport still be a sensible proposition?

I rest my case.