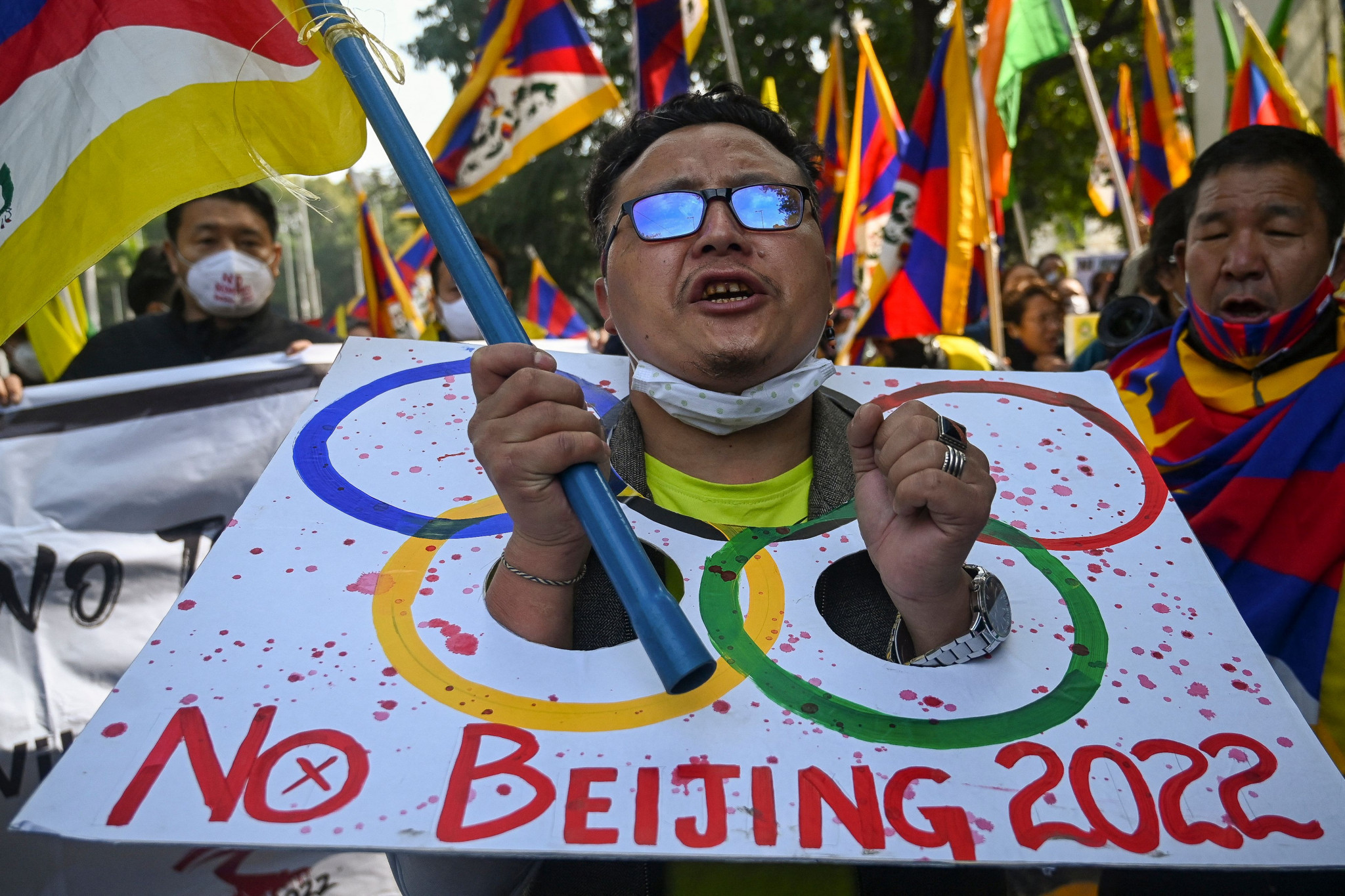 Three human rights protesters who unveiled anti-Beijing 2022 banners at the Acropolis in Athens on the eve of last year's Olympic Flame being lit have been acquitted by a Greek court.

Nineteen-year-old Tibetan student Tsela Zoksang, 22-year-old Hong Kong-American Joey Siu and a 35-year old Vietnamese-American activist had displayed a Tibetan flag and a flag in support of freedom in Hong Kong from scaffolding whilst chanting "Boycott Beijing 2022" and "Free Tibet".

The trio had been charged with attempting to "pollute, damage and distort" a historic monument, charges which carried a potential sentence of five years imprisonment.

"Although it was a highly politically sensitive case, in the end it was justice and the rule of law that have prevailed," lawyer Alexis Anagnostakis told Reuters news agency.

"Today’s result is a huge victory for the right to peaceful protest and for the Tibetan and Hong Kongese people,” Michael Polak of legal advocacy service Justice Abroad said.

"The Chinese regime believes that they are able to extend their repression against ethnic and religious groups around the world, and one might ask the question why the activists in this case were prosecuted for such a serious offence when Greek political activists protesting different matters at the Acropolis in the past have not faced prosecution," Polak added.

"Nevertheless, it is hoped that the acquittals will send a strong message that legitimate peaceful protest and assembly, of the type banned totally in China and Hong Kong, will be allowed even when it hurts the fragile sensibilities of the Beijing and Hong Kong regimes."

The trial had been postponed from earlier this year, prompting accusations that this had been done to avoid embarrassing Chinese authorities during the Beijing 2022 Winter Olympics.

Demonstrators also infiltrated the precincts of the ancient site in Olympia shortly before the Beijing 2022 Olympic Flame was lit there from the rays of the sun.

They are due in court on December 1.

China's record on human rights was one of the dominant themes of the build-up to Beijing 2022 and several Western countries performed a diplomatic boycott of the Winter Olympics.