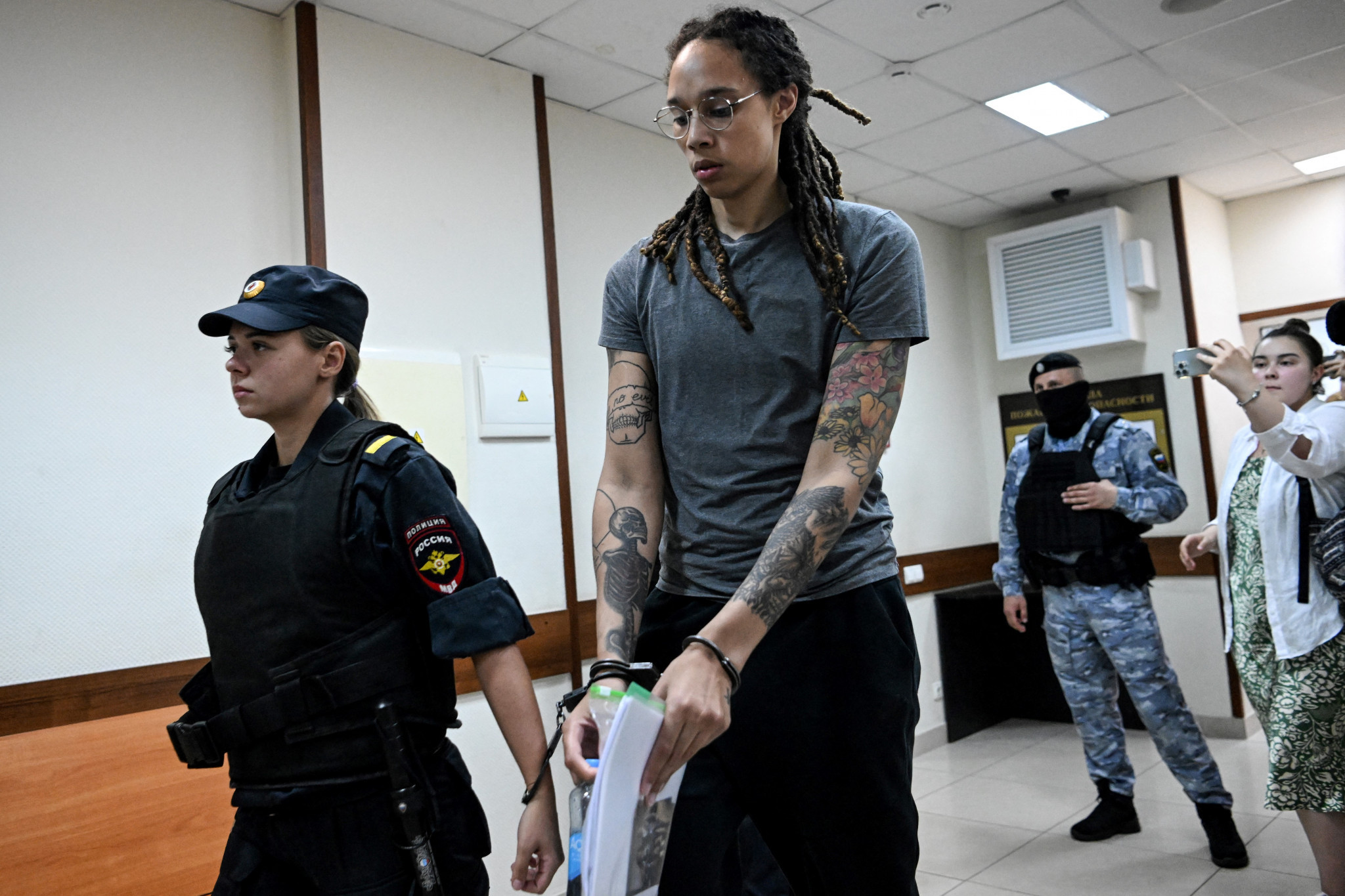 United States' double Olympic gold medallist Brittney Griner has officially begun her sentence in a remote Russian penal colony after being sentenced to nine years in prison on drug possession and smuggling charges.

The facility is in the town of Yavas in the region of Mordovia known its harsh climate.

"We visited her early this week.

"Brittney is doing as well as could be expected and trying to stay strong as she adapts to a new environment."

The 32-year-old was arrested at a Moscow airport in February, a week before the Russian invasion of Ukraine, and handed a nine-year sentence after vape cartridges containing cannabis oil were found in her luggage.

She had been returning to play in the Russian Premier League for basketball team UMMC Ekaterinburg during the off season of the Women’s National Basketball Association competition in America where she plays for Phoenix Mercury.

"Despite the fact she is alone and now nearing her ninth month in detention separated from her loved ones, she is trying to stay strong," said Griner's agent Lindsay Colas.

Colas also gave her thanks to US President Joe Biden who vowed to have Griner released last week.

The US Department of State has claimed that it had not received information from Russia about where Griner would be serving her sentence.

The Governmental department has criticised the Russian Government for its handling of the case.

"We are aware of her whereabouts through our lawyers and are in frequent contact with the Brittney Griner legal team," said a US Foreign Ministry spokesperson, as reported by Russian state-run news agency TASS.

"But the Russian Federation has not yet provided any official notification of this kind of displacement of a US citizen, which we strongly oppose.

"Our Embassy, our diplomatic mission in Moscow continues seek further information about her movement and her current whereabouts, and these requests will continue."

IK-2 is a corrective colony which is the most common type of prison in Russia, and it houses more than 800 inmates.