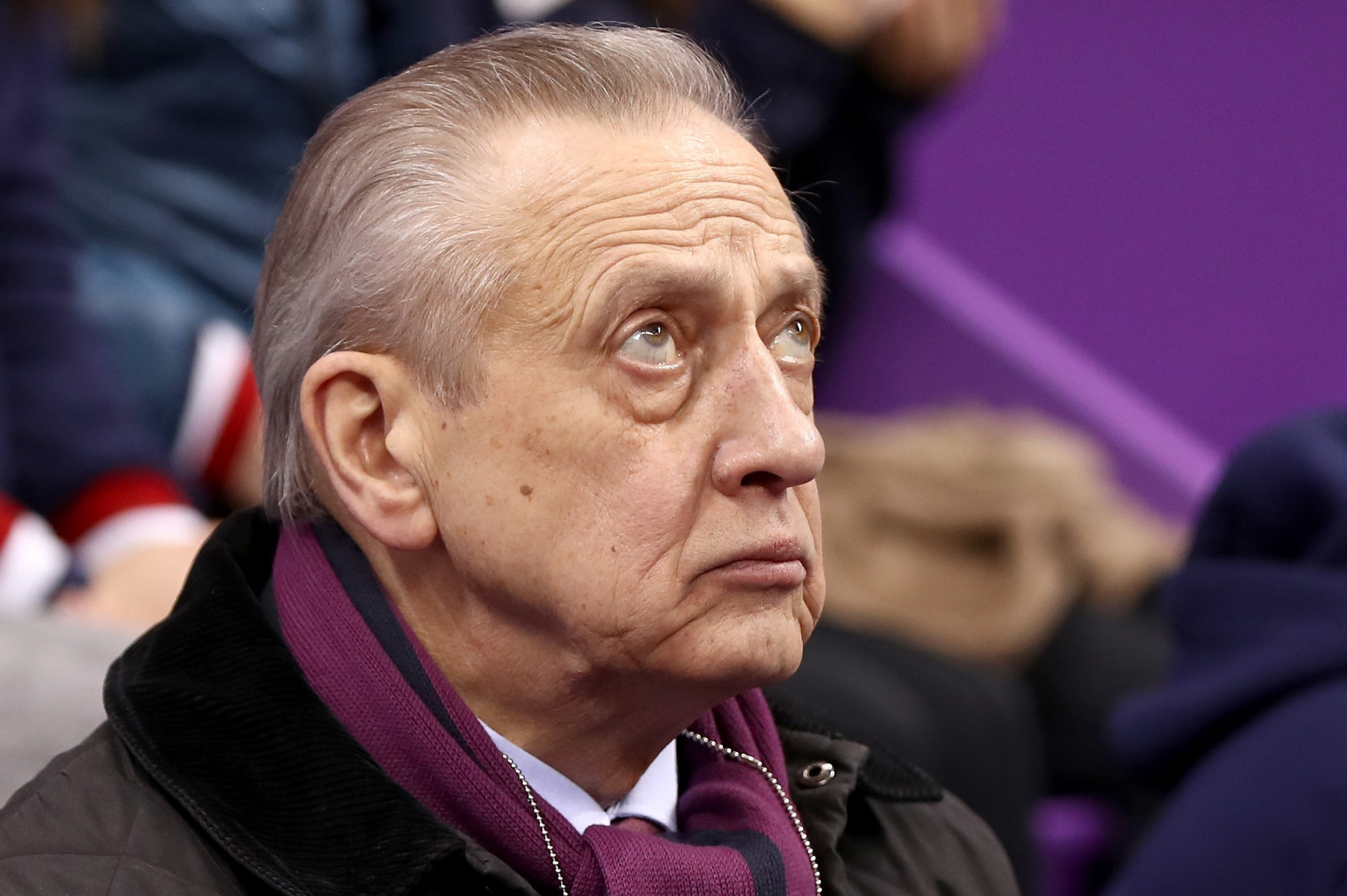 Partnered by his wife Lyudmila Pakhova, the pair won the first-ever Olympic ice dance gold medal at Innsbruck 1976 competing for the Soviet Union.

The duo were six-time world champions going into the Games and it is claimed that their performances helped to convince officials to keep the discipline on the programme moving forward.

The FFKKR announced that Gorshkov had "died suddenly" without giving further details.

Head of the All-Russian Federation of Rhythmic Gymnastics Irina Viner has suggested that the Kamila Valieva doping scandal was detrimental to Gorshkov's health.

Gorshkov claimed in recent months he was convinced of the athlete's innocence.

Valieva failed a drugs test before Beijing 2022 and faces being stripped of the team gold medal she helped the Russian Olympic Committee win.

"This is a huge loss for national figure skating and our entire sport," Viner said, as reported by Russian state-run news agency TASS.

"I want to express my condolences.

"I think that the last straw was the last decision on Valieva, although it is not yet final."

Following Gorshkov's death, FFKKR director general Alexander Kogan has stepped in to fill the Presidential position on an interim basis, in line with the body's statutes.

"Alexandr Gorshkov devoted his whole life to figure skating, his contribution to the development of Russian and world figure skating is invaluable," said Kogan, as reported by TASS.

"A bright man has left, now it's hard to find words, a huge loss."

The 67-year-old Kogan has worked for the FFKKR since 2010 and has been director general since 2014.

Further tributes have flooded in for the former President.

"He devoted his entire life to serving the sport."

Russian Sports Minister Oleg Matytsin described Gorshkov's death as a "grave loss" and said that he "made a huge contribution to the development of world figure skating."

Gorshkov became a member of the Russian Olympic Committee's Executive Committee in 2001 and from 1998 to 2010 he was the chairman of the Ice Dance Technical Committee with the International Skating Union (ISU).

He was decorated by the Russian Government, receiving the Orders of the Badge of Honour in 1972, the Red Banner of Labour in 1976, the Friendship of Peoples in 1998 as well as the Order For Merit to the Fatherland in 2007.

Gorshkov was also inducted to the World Figure Skating Hall of Fame in 1988 alongside Pakhmova.

Russia is figure skating's preeminent force, but the country's athletes are currently banned from ISU competition because of the war in Ukraine.