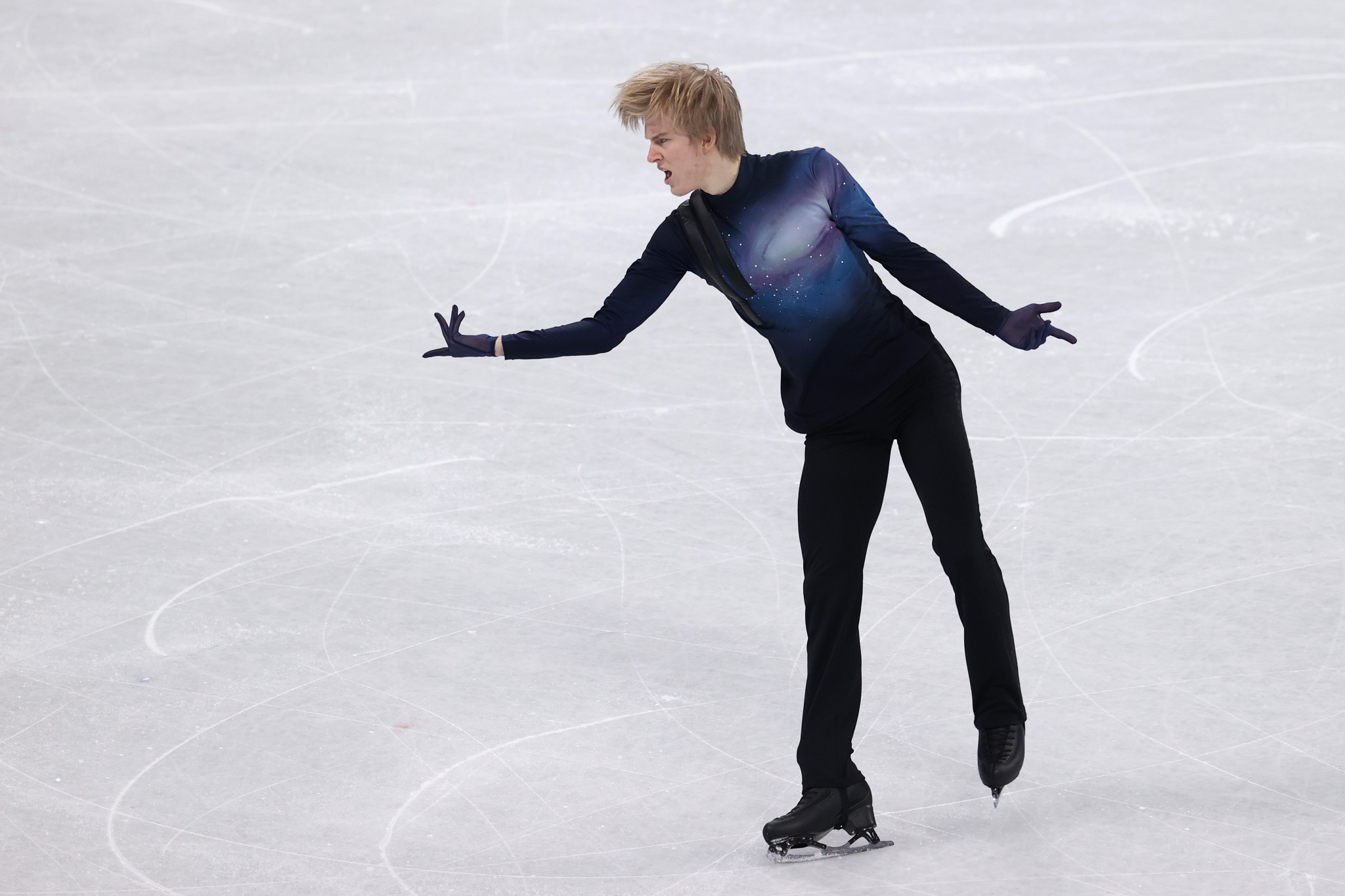 Italy’s Daniel Grassl became the first man from his country to win a Grand Prix of Figure Skating gold medal in men’s singles.

Grassl finished second in the short programme at the MK John Wilson Trophy in Sheffield, England, before topping the standings in the free skate to end on a final total of 264.35 points.

Deniss Vasiljevs of Latvia was second overall with 254.56 points, finishing third in the short programme and second in the free skate.

Japan’s Shun Sato completed the overall podium on 249.03 points, finishing fourth in the short programme and third in the free skate.

Canada’s Roman Sadovsky had led after the short programme, but was only able to place eighth in the free skate, and finished sixth overall on 219.35 points.

In the women’s singles, Mai Mihara of Japan topped the standings, claiming an emotional victory as she triumphed in both disciplines.

Mihara finished on 217.43 points on her way to her first ever Grand Prix title.

A consistent display from Isabeau Levito saw the American finish in second place overall on 215.74 points, as she placed second in both disciplines.

? Guignard / Fabbri (ITA) claim their second #GPFigure ? and earn their ? to the Grand Prix Final in Torino! ? #FigureSkating pic.twitter.com/35TdlcOHw7

The podium was completed by Anastasiia Gubanova of Georgia with 193.11 points, who placed third in the short programme and fifth in the free skate.

In the pairs event reigning world champions Alexa Knierim and Brandon Frazier of the United States comfortably took the title on 205.85 points, winning in both the short programme and free skate.

Second place went to Sara Conti and Niccolo Macii of Italy with 184.19 points, as they placed in second in both events.

In third place overall were Germany’s Letizia Roscher and Luis Schuster on 167.37, with the pair placing third in both categories.

In the ice dance there was a second successive Grand Prix gold for Italian pairing Charlene Guignard and Marco Fabbri, who finished on 213.74 points.

Guignard and Fabri followed up their gold in Angers with another victory in Sheffield, winning both categories, as they guaranteed a place in the Grand Prix Final in Torino, Italy, in December.

The next round of the Grand Prix of Figure Skating series, the NHK Trophy, is due to take place in Japan on November 18 and 19.