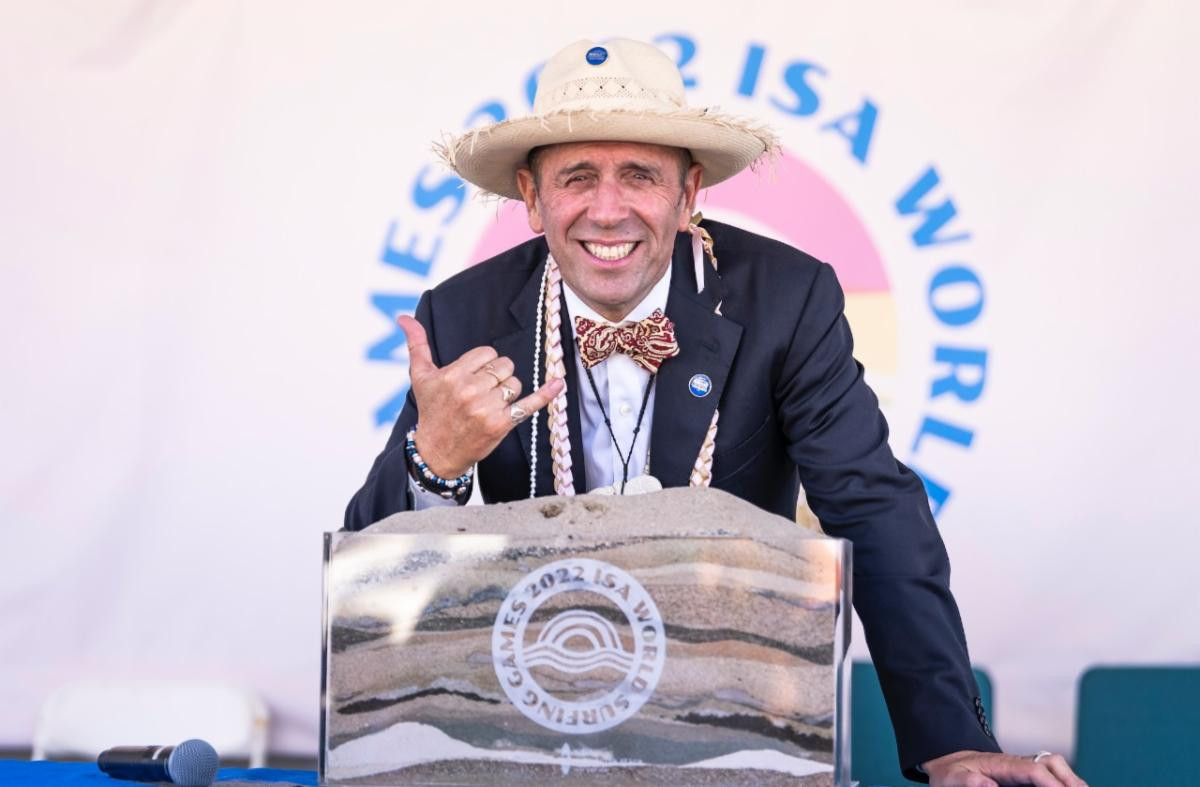 Fernando Aguerre has been unanimously re-elected as President of the International Surfing Association (ISA) a year after seeing the sport make its Olympic debut in Tokyo.

In a video message played at the ISA's Annual General Meeting (AGM), Thomas Bach, President of the International Olympic Committee (IOC), praised the "new kind of youthful magic" surfers had brought to the Games, and added:

"Your athletes and all of you at the ISA played an essential part in writing Olympic and surfing history in Tokyo.

"And I’m sure that both the Duke and the Baron…Pierre de Coubertin, are totally stoked about this…

"So, I say thank you once again for your great contribution to the success of these historic Olympic Games.

"Under the great leadership of your President Fernando Aguerre, you keep riding the waves of progress, modernising your federation, and developing your sport, whether it is strengthening the role of athletes, supporting clean seas, or driving climate action, stepping up the fight against doping, or promoting inclusion and gender equality and inclusion on and off the surfboards.

"We are happy to have the ISA as our partner."

Aguerre, who was first elected as ISA President in 1994, is now overseeing preparations for the sport’s involvement in the Paris 2024 Games.

"I’ve been a surfer all my life and in all types of countries and locations," Aguerre said.

"And this is the best time in the history of mankind to be surfer.

"There is a huge responsibility on our shoulders as we look toward the future.

"Of course, I captain the ship of Olympic surfing, but nothing I did was alone.

"And now that we have this beautiful and shiny gold medal - our gold medal, our joint gold medal is Olympic surfing, that is our proudest achievement - our collective achievement.

"In this moment I feel a lot of gratitude for being allowed to serve for another four years.

"I love to paddle harder.

"When the wave wants to escape, we bring our head down and we paddle harder.

"Let’s work together to make a better world through surfing.

"This is not just a phrase.

"This is the ISA culture, our collective surfing culture.

"Thank you for allowing me to continue to work in what I love the most."

Jakob Færch of Denmark was also elected for the first time as an ISA Regular Executive Committee member.

The ISA AGM additionally addressed a number of operational and governance matters.

The ratification of the ISA Athletes Commission, who elected four new members recently during the ISA World Surfing Games in Huntington Beach, as well as confirming in the position of chair France's Justine Dupont, who will also serve on the ISA Executive Committee.

THE AGM also saw the report of the President on Paris 2024 qualification and quotas, opportunities at Los Angeles 2028 for new disciplines and events, and an update on the governance of stand-up paddle.