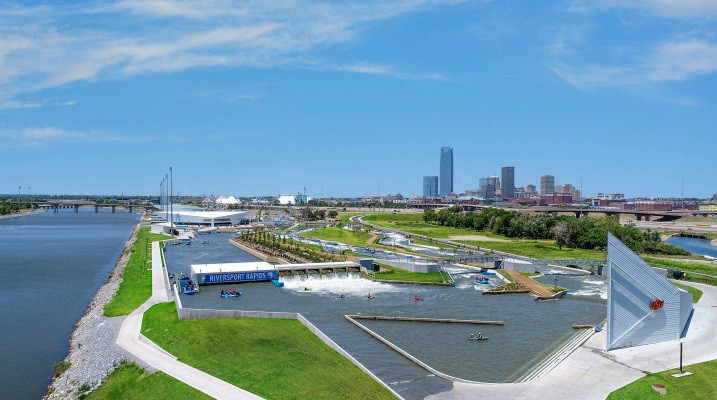 The Los Angeles 2028 Organising Committee is considering moving the Games' canoe slalom venue from the Sepulveda Basin in the Valley Sports Park to the Riversport Rapids Whitewater Center in Oklahoma City.

The Oklahoman venue is an established site for the sport and is selected as the host for the International Canoe Federation (ICF) World Canoe Slalom Championships in 2026.

The original Games bid showed the canoe slalom venue as a temporary facility in the Sepulveda Basin Recreation Area in north-western Los Angeles, which is also the planned site for the equestrian and shooting competitions.

However, the initial bid process was planned for a 2024 hosting but with an additional four years the organisers have not ruled out changes as they look to create the best experience possible for athletes and fans.

The final sport programme, and respective venues, are due to be determined in 2023.

"We are exploring options to optimise our venue plan," a Los Angeles 2028 spokesperson told insidethegames.

"There are no updates at this time."

The site for the Los Angeles 2028 canoe sprint events has already been moved from the initially proposed Lake Perris in Riverside County to the Long Beach Marine Stadium, which was for the 1932 Olympics.

It is also due to hold rowing competitions, although on a shortened course of 1,500 metres instead of the traditional 2,000m due to the 2nd Street Bridge.

According to section 6.6 of the December 2021 Games Agreement with the City of Los Angeles, the Organising Committee (OCOG) is required to obtain the approval of the city to move a sport away from it.

"Prior to relocating certain Olympic events (a 'Certain Event'), the OCOG shall inform the city and obtain its written consent (which shall not be unreasonably withheld, conditioned, or delayed) if such relocation both moves a certain event out of the city and constitutes an amendment to the venue plan submitted to the city on January 18, 2017," reads the Games Agreement.