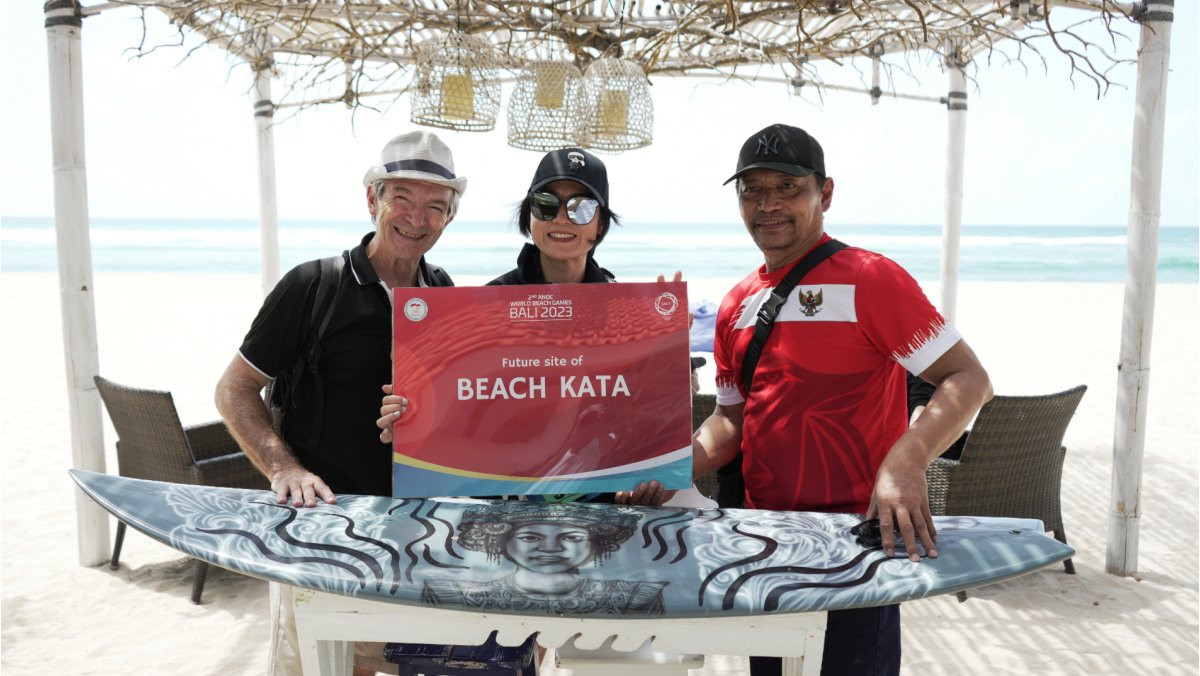 He was accompanied by Nguyen Hoang Ngan, a member of the WKF Athletes' Commission, to the Indonesian island prior to beach kata's second appearance at the Games.

The pair reviewed the logistics and venues for the event scheduled to take place from August 5 to 12 next year.

"The karate competition of the ANOC World Beach Games will follow the same competition format as our events of Karate 1-Premier League, with a round robin system of groups of four followed by quarterfinals, semi-finals, finals and with two bronze medals awarded," said Perez.

"After three intense days of meetings, presentations and visits to the different venues, our competition will be held in the area of Nusa-Dua.

"I want to thank the representatives of ANOC, the Indonesia Olympic Committee, and the local organising committee for their hospitality.

Talks also centred around the Games' schedule, transport and suppliers as Bali prepares to become the second host following Qatari capital Doha in 2019.

"The ANOC World Beach Games will be one of the highlights of our international calendar next year," said WKF President Antonio Espinós.

"As a founding sport of the ANOC World Beach Games, we are proud to be included in this second edition of the multi-sport event.

"We are convinced that karate, through its modality of kata will bring great added value to the competition.

"Fans from all over the world will be able to enjoy the honour, respect, sporting spirit and uniqueness of the kata competition on the sand in less than a year."