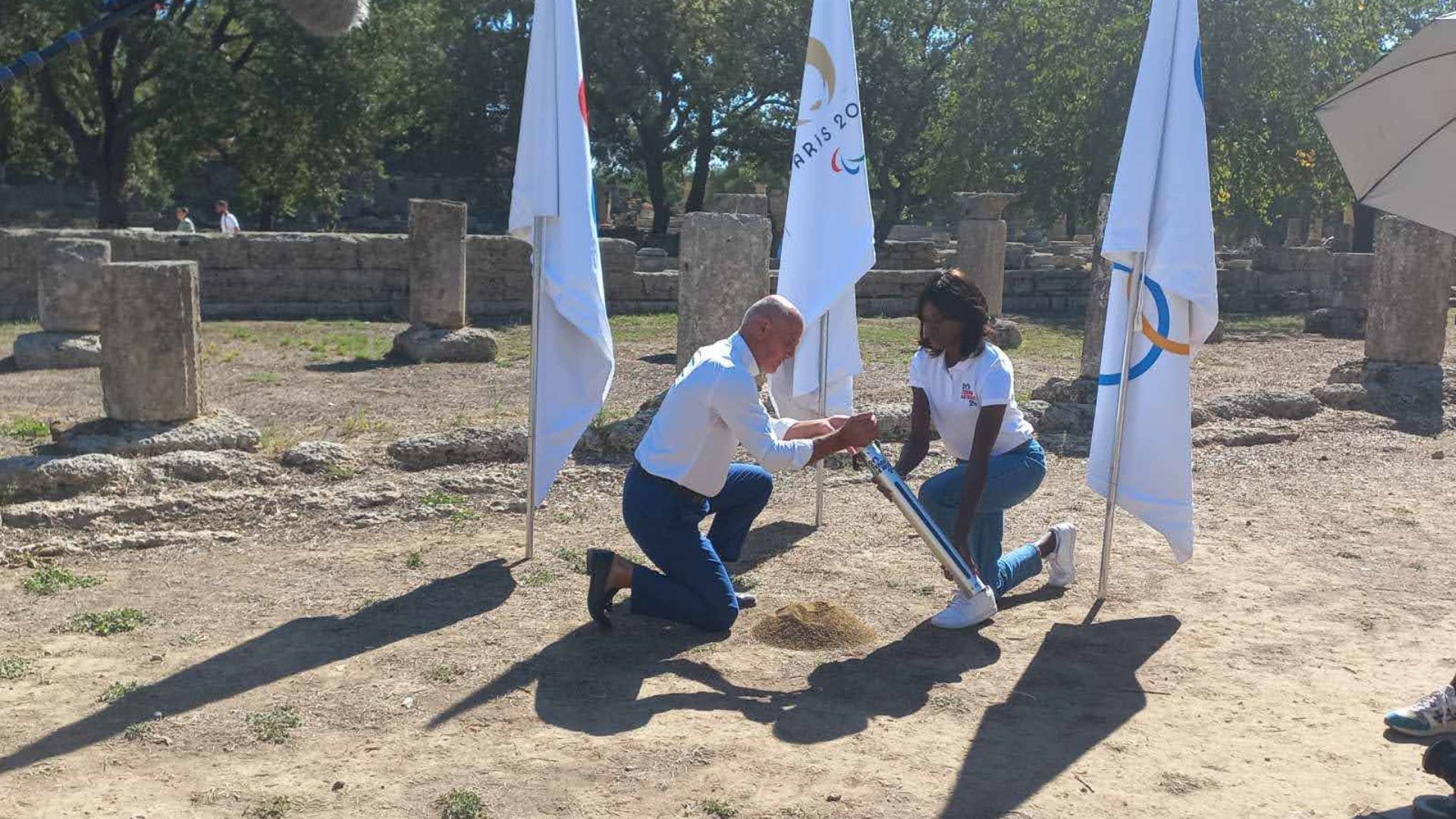 Officials from the Paris 2024 Organising Committee have been given "sacred soil" from the ancient site in Olympia to help them promote the traditional Torch Relay.

Émilie Gomis, a London 2012 women's basketball silver medallist, was invited to collect precisely 2,024 grams of soil from the site where the Olympic Flame is expected to be kindled for Paris 2024.

"This is a unique moment in the history of the Games," Gomis said.

"Beyond connecting Olympia and Greece with Paris and France, we want to open the Games wide through this sacred soil that I will have the honour of bringing  back to France."

The soil will be taken back to Paris in a special tube and will be used to help promote the Olympics.

The presentation in Olympia formed part of a three-day fact-finding mission by the Terre de Jeux group from Paris 2024 which links all areas of France with the Games.

"We answered all the questions they asked and had a great collaboration ahead of the Ceremonies to come,” Vassiliadis said.

The visitors were also taken to the Panathenaic Stadium in Athens where HOC secretary Manolis Kolympadis was on hand to show them how the Flame is formally entrusted to the host city in the Handover Ceremony.

"I am sure that this cooperation will continue in the future and I want to assure the Paris Organising Committee that both Ceremonies for the Olympic Flame of 2024 will be truly exemplary," Vassiliadis added.

Although Paris is set to host the Olympics for the third time after 1900 and 1924, this will be the first time an Olympic Torch will burn at a Parisian Games because the Olympic Torch Relay was not inaugurated until the 1936 Olympics.

The Flame did travel to France for the Winter Olympics in 1968 and 1992 and Paris was also a destination for the international Torch Relays held for the Athens 2004 and Beijing 2008 Games.

It is anticipated that a domestic Torch Relay in Greece lasting approximately one week will take place before the formal handover.

This will represent a return to traditional practice after events organised for Tokyo 2020 and Beijing 2022 were severely curtailed as part of precautions against the spread of COVID-19.