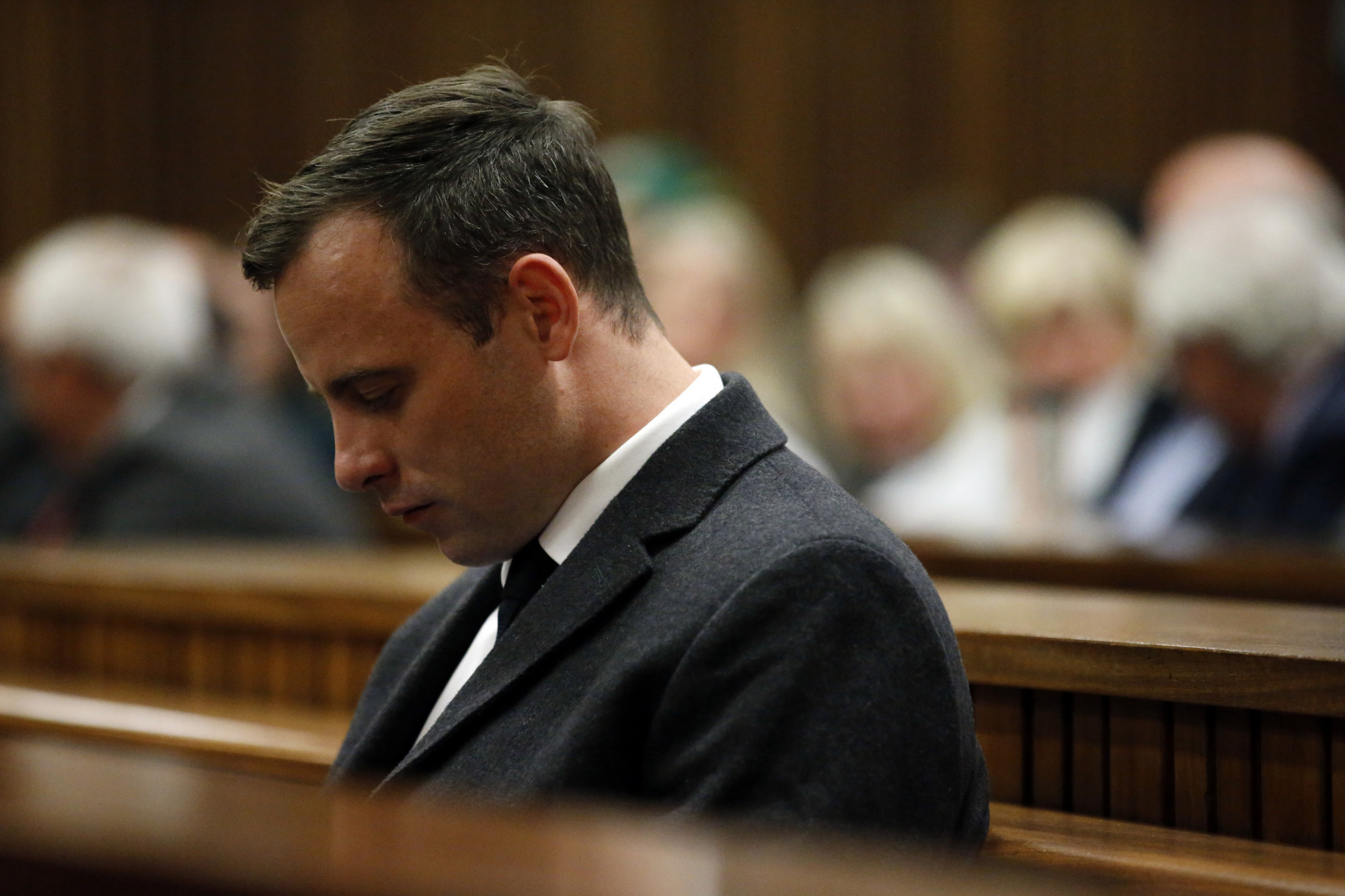 Pistorius, now aged 35, is going to court, and is set to argue that he is eligible for parole having served more than half of his sentence.

The South African was initially convicted of culpable homicide in 2014 and sentenced to five years in prison after shooting Steenkamp multiple times in their home in Pretoria in 2013, claiming at his trial to have mistaken her for an intruder.

This was upgraded to murder and a six-year sentence in 2016, before the Supreme Court of Appeal increased his prison term to 13 years and five months in 2017.

Last year, the Supreme Court of Appeal ruled that his current term should be backdated to when he was initially sentenced for culpable homicide in 2014, and Pistorius is set to argue that this made him eligible for parole in February 2021.

South African law dictates that offenders must have served at least half of their sentence before becoming eligible for parole.

In June, Pistorius met with Steenkamp's father Barry as part of the process.

"I humbly submit that I have done everything in my power to rehabilitate, to conduct myself in such a manner as to constantly comply with prison rules, to show full remorse," Pistorius said in a statement to judges reported by South African publication News24.

"I have completed all possible programmes which were presented, and I have indeed qualified in terms of the Dept of Correctional Services guidelines for release on parole."

Nicknamed "Blade Runner", the sprinter became the first double amputee to compete at an Olympic Games in the men's 400 metres and as a member of South Africa's men's 4x400 metres relay squad at London 2012.

A year previously, he had helped South Africa to win silver in the men's 4x400m relay at the World Championships in Daegu.

However, his career ended in disgrace after murdering Steenkamp on Valentine's Day in 2013.