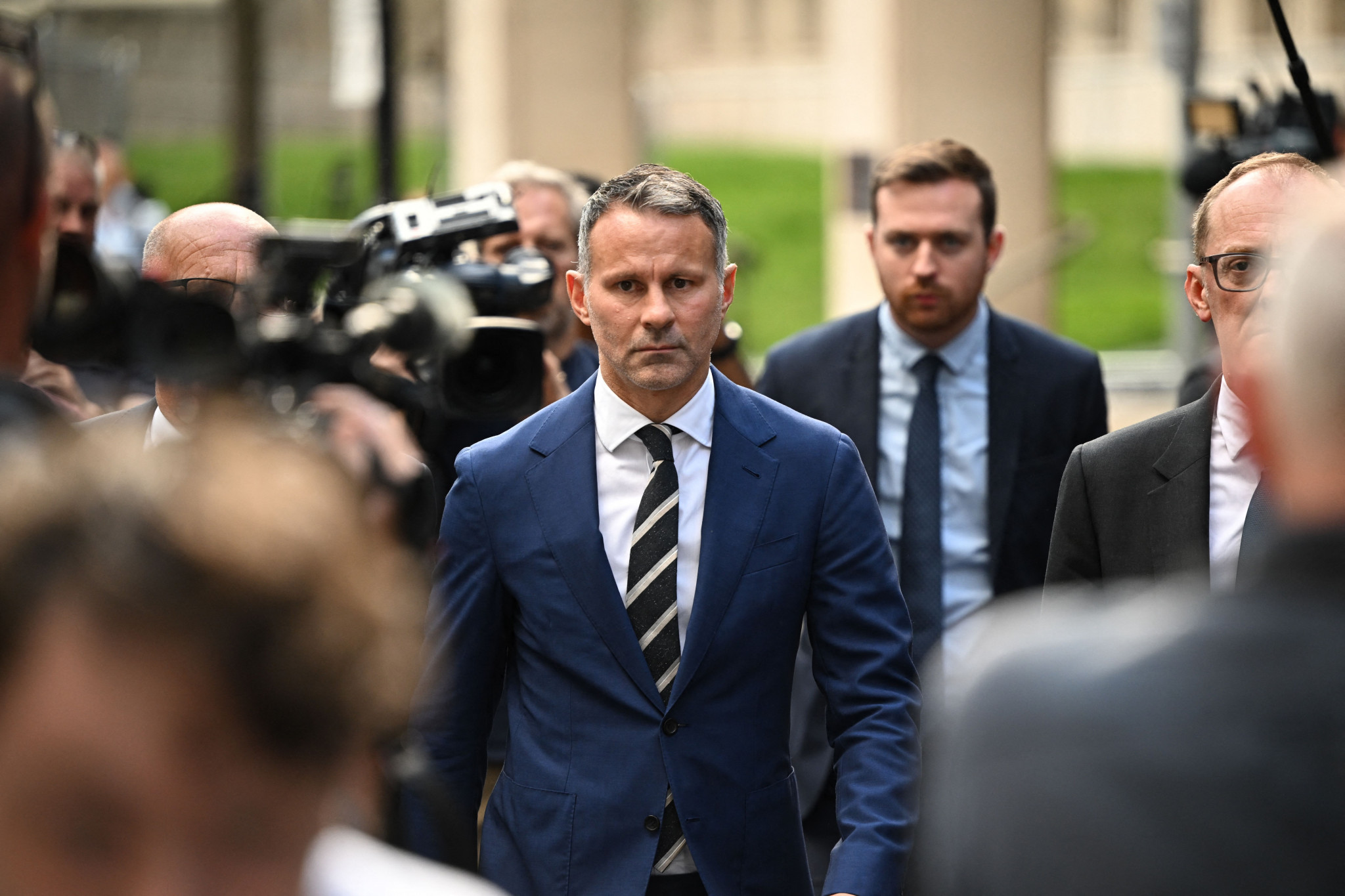 The jury in the trial of former Manchester United, Wales and Britain footballer Ryan Giggs has been discharged after failing to reach a verdict.

Giggs had been charged with assaulting former partner Kate Greville, controlling and coercive behaviour towards his ex-partner and assaulting her sister.

The jury at Manchester Crown Court could not reach a verdict on any of the three charges.

The Crown Prosecution Service has seven days to decide whether or not to seek a retrial, but one will not be heard until June 2023 if it is pursued.

Giggs, now 48, stood accused, among other things, of headbutting Greville during a November 2020 argument.

At the time he was manager of the Welsh national football team, but Giggs was suspended after being arrested by police.

Giggs was charged in April 2021 but it was not until June of this year that he resigned as Wales manager.

Robert Page had been interim manager in Giggs' absence, managing the team at the delayed European Championship and guiding them to a first FIFA World Cup since 1958.

Giggs played 64 time for Wales, never at a major tournament, but made a record 963 competitive appearances for Manchester United.

No player has won more Premier League titles than Giggs' 13.

At London 2012, a 38-year-old Giggs captained the first British men's football team to play at the Olympics in more than 50 years.

Giggs scored the opening goal in a 3-1 victory over the United Arab Emirates, but the tournament ended in disappointment as South Korea knocked out the host nation on penalties in the quarter-finals.

Giggs had been one of the faces of the Games in the build-up to London 2012.