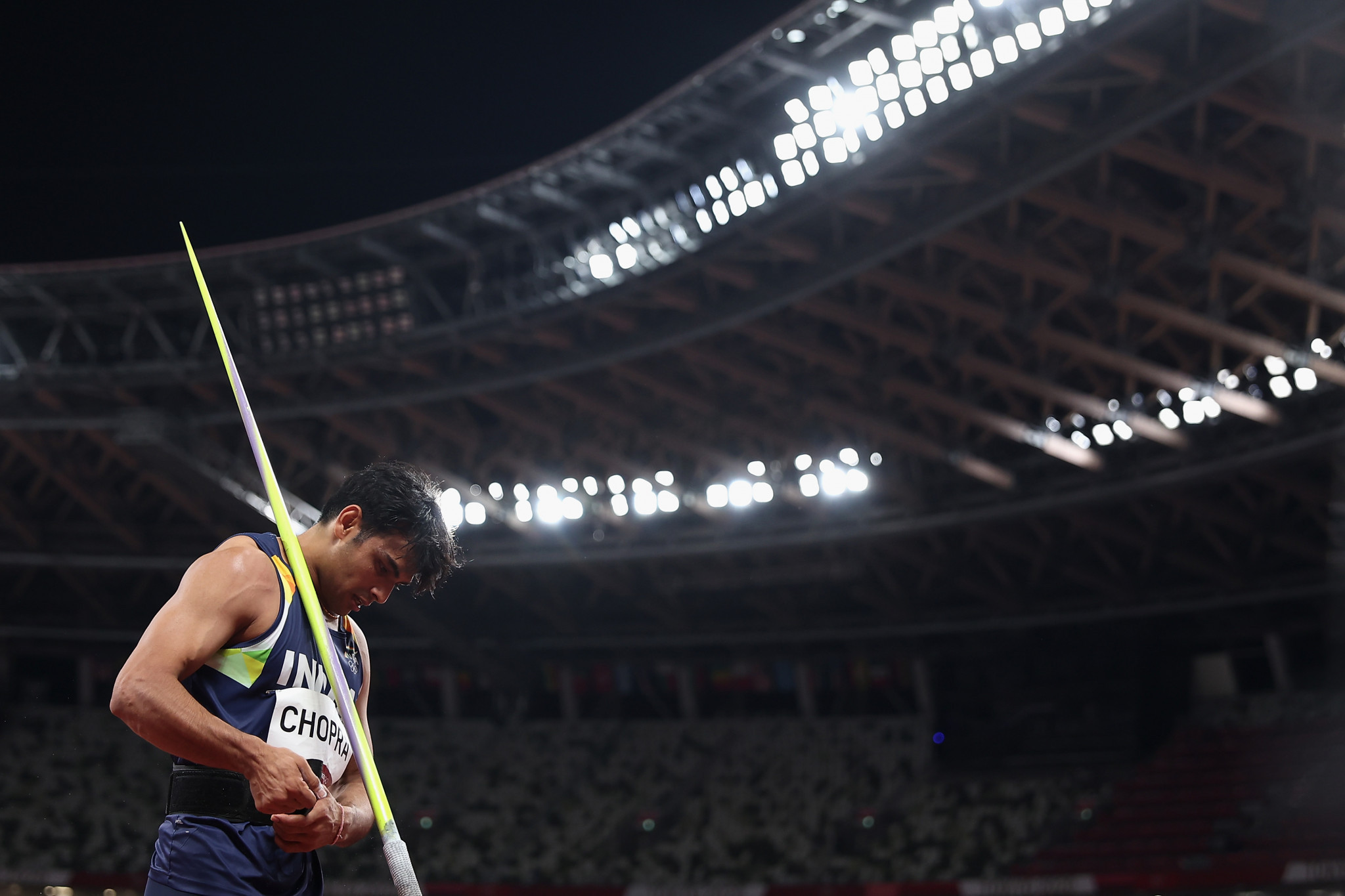 Neeraj Chopra has donated the javelin he used to win a gold medal at Tokyo 2020 to the Lausanne-based Olympic Museum - after becoming India's first Olympic champion in athletics last year.

Chopra handed over the equipment at a ceremony in Lausanne.

The signed javelin is to sit beside Abhinav Bindra's rifle, with Bindra India's first and only other individual Olympic gold medallist.

Bindra was in attendance for the handover.

"It is a privilege to join the hallowed galleries of The Olympic Museum, a space where the most iconic moments from Olympic history are showcased.

"For any athlete, it is a great honour to be able to inspire others."

Then 23, Chopra threw a distance of 87.58 metres to claim the gold medal in Japan, holding off the Czech duo Jakub Vadlejch and Vítězslav Veselý.

Previous to this, Bindra was the only individual Olympic champion from India after winning the men's 10m air rifle final at the Beijing 2008 Olympics.

"It is a pleasure to be able to witness this moment and share it with Neeraj," said Bindra.

"Neeraj's exploits in Tokyo inspired millions, and I am delighted that his javelin will now join my rifle at The Olympic Museum, which has been a bit lonely in terms of Indian company so far!"

Recently, Chopra missed the Birmingham 2022 Commonwealth Games due to injury, but returned for the Lausanne Diamond League leg, which he won with his opening throw of 89.08m.

At this year's World Athletics Championships in Oregon, Chopra won a silver medal.