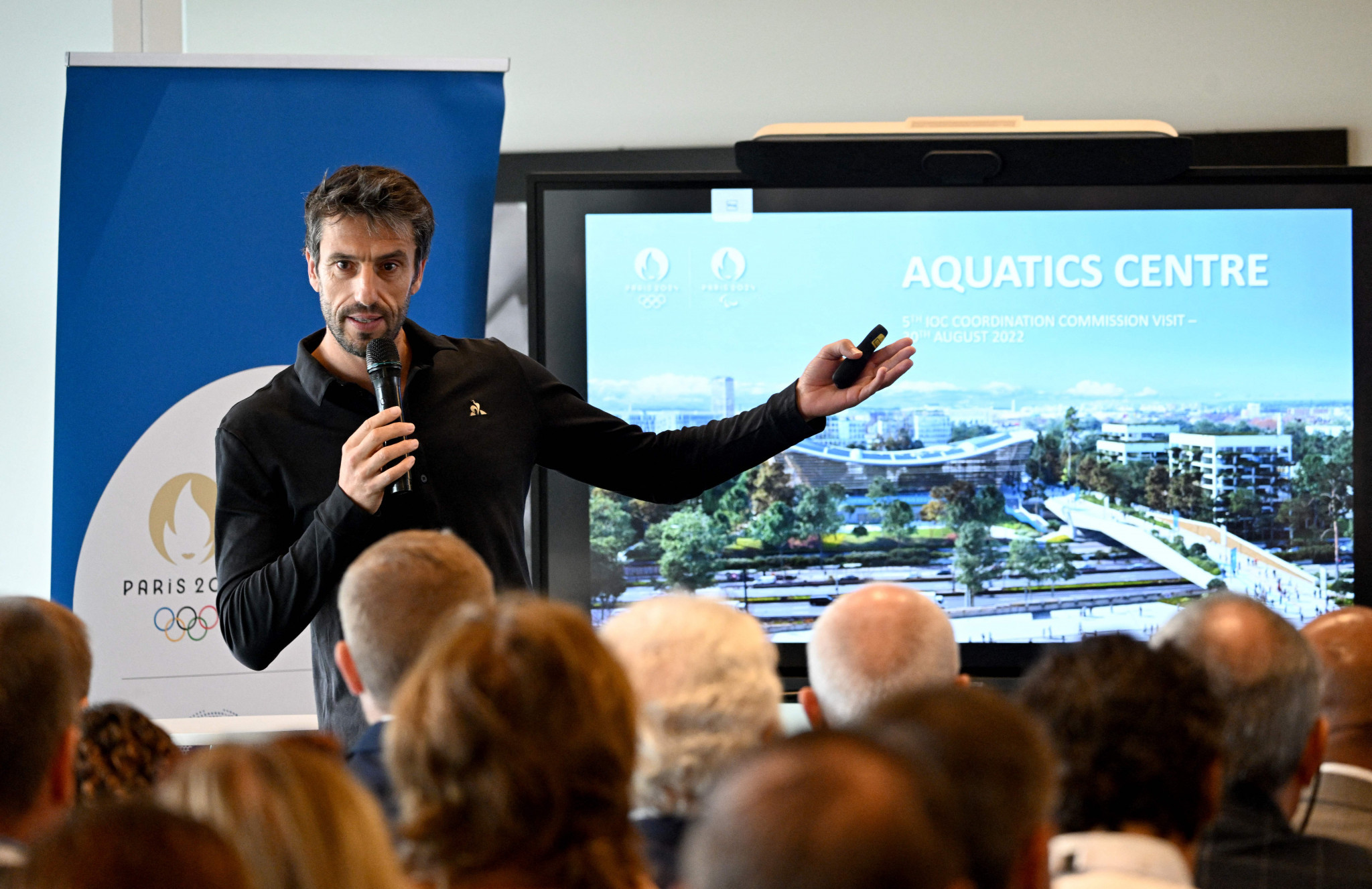 Tony Estanguet, the President of the Paris 2024 Olympic and Paralympic Games Organising Committee, has predicted challenges are coming soon for organisers and has made a plea for sponsors to keep the momentum going.

Speaking in a Coordination Commission plenary attended by stakeholders today - including the International Olympic Committee - Estanguet noted the current geopolitical and economic crises across the world as having an impact on their preparations.

"Despite the complicated context we are going through now we are keeping high ambitions and expectations for the Games and this is an essential message because this is what helps us to keep strong in the eyes of companies," said Estanguet in the session, attended virtually by insidethegames.

"We have 80 per cent favourable opinions with companies.

"Because of geopolitics and economic crises that we have, getting there will be a huge challenge.

"We will need your help to find new sources of optimisation and come even further to save money behind-the-scenes at the Games.

"We know everything is going smoothly at the moment but we will probably have to overcome a few waves in the upcoming weeks and overcome a few challenges."

Recent months have caused economic uncertainty across Europe, with food and energy bills sharply increasing, with blame partly going on the invasion of Ukraine and the subsequent Russian sanctions.

Energy bills in France have been capped at a four per cent increase, with inflation sitting at 6.1 per cent, the highest in 37 years.

Neighbouring nations have been hit harder, with the United Kingdom looking at an energy-bill increase of 80 per cent and inflation currently sitting at 10.1 per cent, its worst since 1981.

French Sports Minister Amelie Oudea-Castera was also in attendance during the plenary, and hinted cuts may need to be made in areas to keep costs reasonable.

"This anxiety won't let us be at our best, we know this task is phenomenal, we don't have time for red tape," said Oudea-Castera.

"We don't have time to spend unnecessary money when it comes to coordination.

She added that regulation on labour laws and workers rights will not be diminished as a result, with recent inflation concerns leading to several strikes.

"This is a race that we are undertaking, but should make sure that we respect responsibility when it comes to security and safety," added the Sports Minister.

"We want to make sure everything considered with the labour code, and prevents accidents as much as possible on different work sites.

"We need to have work inspections that will have to be reinforced in the future.

"We also want to have positive exchanges with companies that work and operate on the different sides and making sure they are setting the right example."

The Paris 2024 Olympic Games are scheduled to take place from July 26 to August 11 2024, followed by the Paralympics from August 28 to September 8.

The Coordination Commission is to conclude tomorrow.