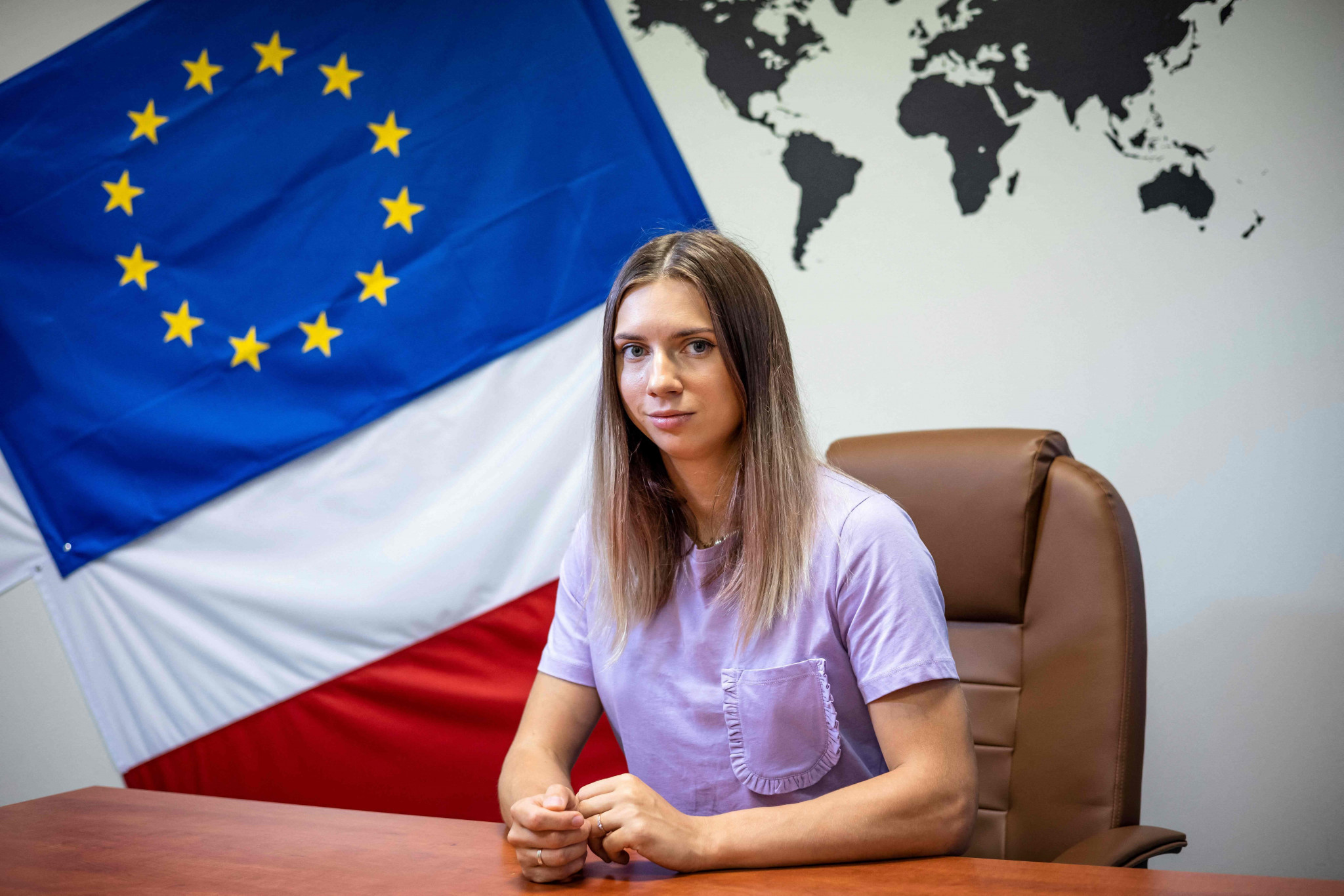 Exiled Belarusian sprinter Krystsina Tsimanouskaya has said she is looking forward to competing "without any problems" after winning her battle to secure a Polish citizenship.

Tsimanouskaya was at the centre of a big scandal at last year’s Tokyo 2020 Olympics when she claimed to have been forcibly taken to the airport against her will following public criticism of her Belarus coaches.

The incident sparked global concern for Tsimanouskaya, while Belarus athletics head coach Yuri Moisevich and team official Artur Shumak were expelled from the Games by the International Olympic Committee (IOC) in response to the allegations.

Tsimanouskaya was granted a humanitarian visa by Poland, sought asylum and has attempted to switch allegiances.

The 25-year-old took to social media yesterday and confirmed that she was now representing Poland on the track.

Tsimanouskaya said it was the first official competition where she was no longer competing as a Belarusian national as she won 100 metres silver.

"Finally, after so long, I can go out without any problems and represent my club," Tsimanouskaya wrote on Instagram.

"I can't wait to represent Poland on the international arena, but for now I'd like to thank everyone who helped me in the most difficult year for me."

As well as a message in Polish, Tsimanouskaya also wrote in Russian where she admitted that it had been an "incredibly difficult season".

"I am insanely happy to represent my club and finally to go to competitions unimpededly… unfortunately not as a Belarusian woman, but sometimes you need to sacrifice something in order to be back on the pedestal," Tsimanouskaya wrote.

"In a week, another final start awaits me, and after that I will take a short vacation to rest both physically and mentally, and to start preparing for the new season with renewed strength.

"After such a difficult year, I'm left with imperfection on the track, so in the new season I'll go out in full force and break my own records."

In both messages, Tsimanouskaya paid tribute to those who had supported her through the ordeal as she bids to represent Poland on the global stage.

Tsimanouskaya is a two-time European Games medallist, winning silver in both the 100m and team event at Minsk 2019, and claimed 200m gold at the 2019 Summer Universiade in Naples.

Last year, Moisevich and Shumak were asked to leave the Olympic Village and had their Tokyo 2020 accreditation revoked by the IOC.

A Disciplinary Commission was established by the IOC to look into the case, which President Thomas Bach called "deplorable".

The IOC also launched an investigation into the National Olympic Committee of the Republic of Belarus’ (NOCRB) role in the incident.

The NOCRB has been hit with several sanctions by the IOC after failing to protect athletes who had protested against President Alexander Lukashenko, who also led the organisation until being replaced by his son Viktor last year.

But the NOCRB has not been formally suspended by the IOC, with athletes still allowed to compete under the Belarussian flag at the Beijing 2022 Winter Olympics.

Because of Belarus' support for the Russian invasion of Ukraine, the nation's athletes have now largely been frozen out of international sport, in line with an IOC recommendation on the matter.