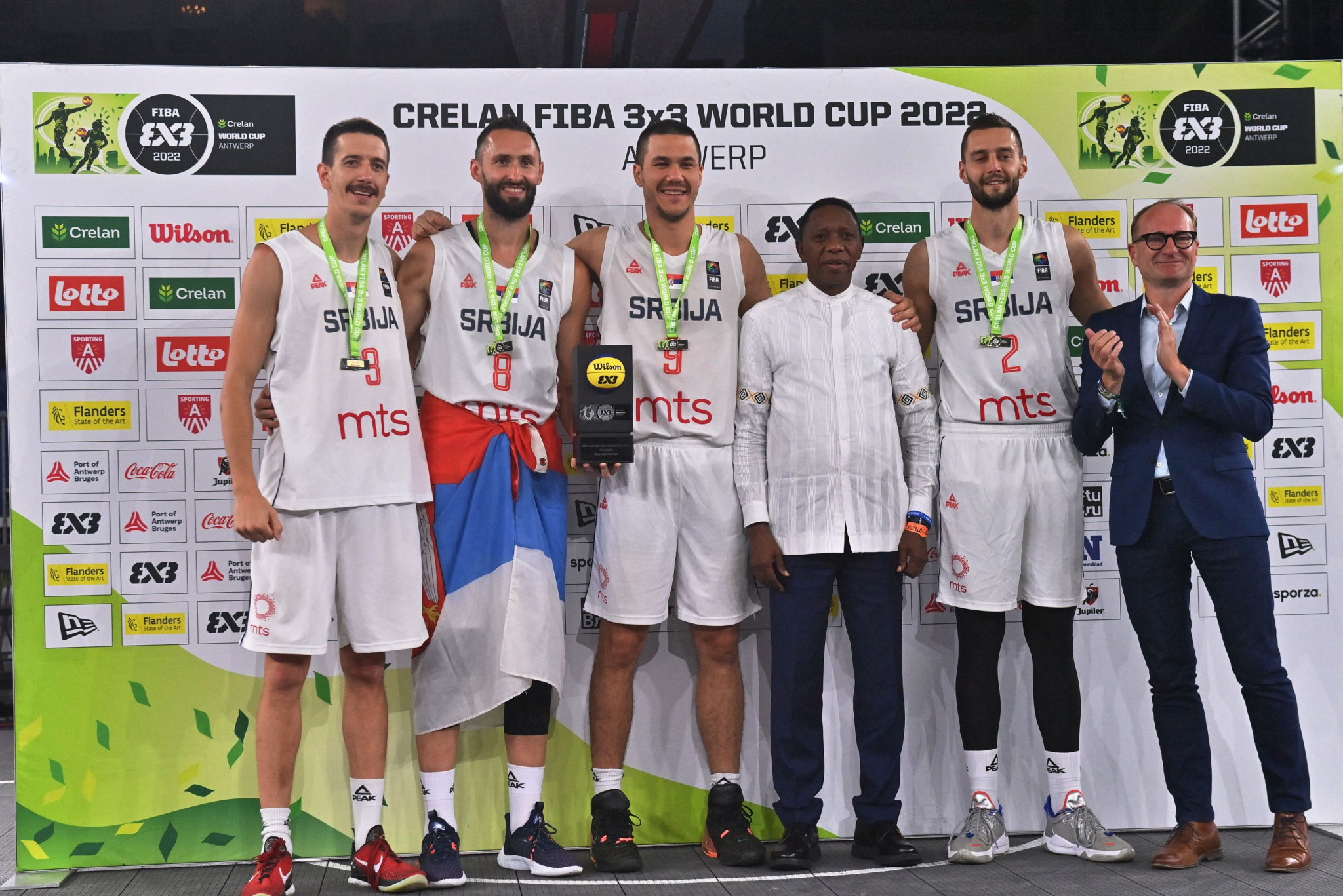 Ten of the leading 13 teams on the International Basketball Federation (FIBA) 3x3 World Tour are set to compete in the fourth leg of this year's circuit in Lausanne.

Serbian outfits Ub and Liman lead the way in the season's standings with 300 and 165 points respectively.

Ub have triumphed at the opening three World Tour events this year in Utsunomiya, Manila and Prague, and are seeking to extend their winning streak beyond the current 14.

They are due to face Puerto Rico's San Juan in Pool A, with their opponents having beaten them in the final in Lausanne last year, and are also pitted against Lausanne Sport from the hosts Switzerland.

Strahinja Stojačić, a FIBA 3x3 World Cup winner with Serbia in June, has been one of the stars who has contributed to Ub's success, winning two most valuable player trophies so far this season.

They are set to face Lausanne in the opening match of the main tournament tomorrow prior to taking on San Juan.

Liman are the defending champions on the 3x3 World Tour, but their best finish this season was second in Manila.

They placed fifth in Utsunomiya and eighth in Prague.

Lausanne, it's always great to be back ???#3x3WT #3x3WTLausanne pic.twitter.com/k9jqg9scyS

Aleksandar Ratkov, a Tokyo 2020 bronze medallist with Serbia, is expected to star in their Pool B ties against Dusseldorf from Germany and Jeddah from Saudi Arabia.

Antwerp from Belgium are seeded third, but face a tough Pool C line-up which includes Mongolian side Ulaanbaatar, fourth on the World Tour, and Serbian side Belgrade who finished second in their first event of the season in Prague.

Amsterdam from The Netherlands, returning to the World Tour for the first time since a fourth-place finish at the opener in Utsunomiya, are in Pool D against Lithuania's Šakiai and a qualifying team.

The qualification matches featuring Aachen of Germany, Bordeaux of France and Girona of Spain are set to precede the main tournament tomorrow.

The top two from each pool advance to the quarter-finals on Saturday (August 20), which are set to be followed by the semi-finals and the final.

The top 12 teams on the World Tour standings qualify for the Final, scheduled for Abu Dhabi on December 9 and 10.

A further seven ranking events are scheduled after Lausanne, beginning with the tournament in the Hungarian city of Debrecen on August 27 and 28.