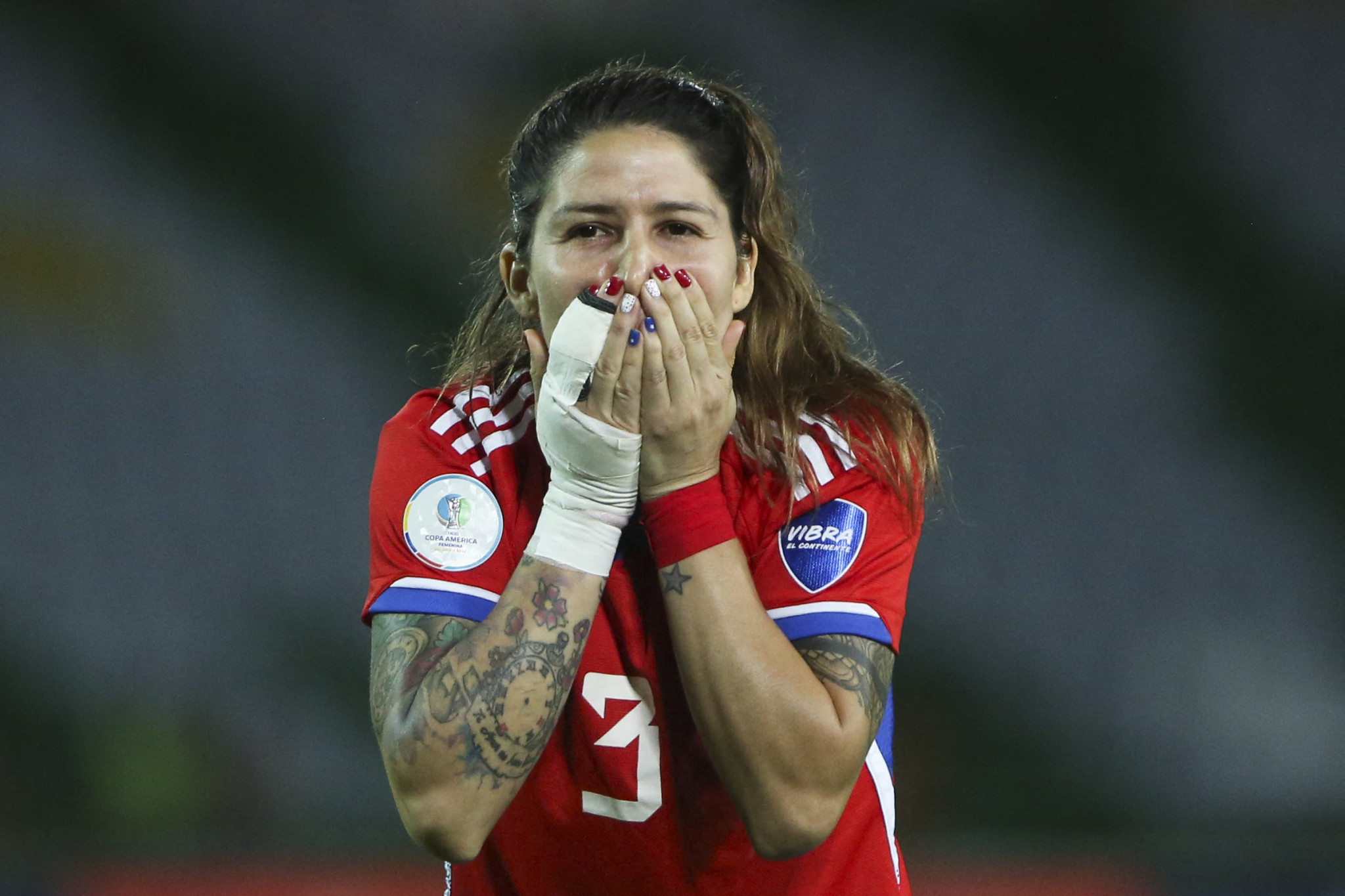 Guerrero was the hero of the match, but at one stage it looked as if the Chileans had it wrapped up in normal time.

Daniela Zamora scored the opener in the 65th minute to put Chile in front at the Estadio Centenario in the Colombian city of Armenia.

However, Venezuela finally broke the door down at almost the last opportunity, with Deyna Castellanos scoring in injury time to take the match to extra time.

With no more goals scored in the next 30 minutes, the contest went to penalties with the score tied at 1-1.

Chile won the shootout, with Francisca Lara, Karen Araya and Zamora all converting their efforts.

Venezuela were left with a mountain to climb when Castellanos missed their opening penalty, with Kika Moreno doing the same next up.

Venezuela's third was scored by Oriana Altuve, offering a glimpse of a comeback, particularly when Rosario Balmaceda could not put the game to bed by converting Chile's fourth.

Ysaura Viso scored Venezuela's fourth kick from the spot, but Guerrero followed up with a successful penalty to ensure Chile won the shootout 4-2.

Via the fifth-place finish, Chile advance to inter-continental playoffs for the 2023 FIFA Women's World Cup in Australia and New Zealand.

Tomorrow, Colombia are to play Argentina in the first of the Copa América semi-finals in Bucaramanga.

Defending champions Brazil face Paraguay in the other semi-final.

The losing semi-finalists will meet in a third-place playoff, with the loser joining Chile in those World Cup playoffs and the winner earning a direct berth at the tournament.