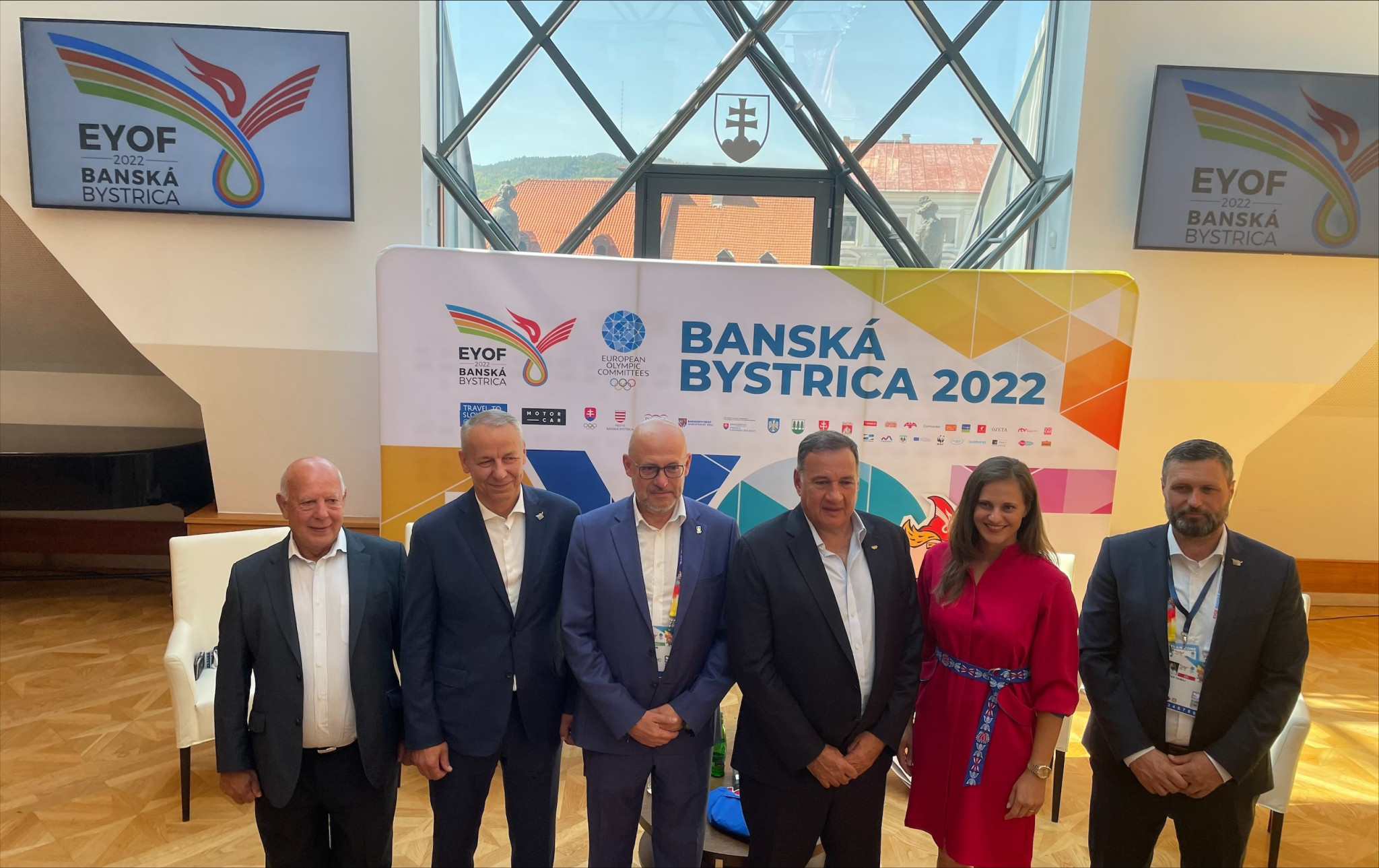 European Olympic Committees (EOC) President Spyros Capralos has expressed his sorrow for Russian and Belarusian athletes who are missing out on the European Youth Olympic Festival (EYOF) in Banská Bystrica due to the invasion of Ukraine.

The two aggressor countries were excluded from the event here in Slovakia in a move that replicated the Winter EYOF in Vuokatti earlier this year, also organised by EOC.

"We feel sorry that young athletes, who maybe have nothing to do with the war, are not able to compete in this event," International Olympic Committee member Capralos told insidethegames at a press conference in the Banská Bystrica town hall.

"We hope that one day this will finish and that we will be able to have them back.

"But for the time being we felt that was the right thing to do.

"We took the decision to safeguard the integrity of the Games and the security of the athletes."

The Greek official, who is also President of the Hellenic Olympic Committee, highlighted the combined efforts to ensure the participation of Ukraine.

The country has sent a 46-strong athlete delegation and will have renewed hope of beating its record performance from a Summer EYOF at Lisbon 1997 when it won 11 gold, five silver, and six bronze medals, finishing second overall.

"Both the National Olympic Committee of Slovakia and the EOC have provided help and assistance to bring a big team from Ukraine," said Capralos.

"We thought this was a good way to showcase to the unity of Europe.

"Slovakia hosted these athletes in an all-expenses paid training camp before the event.

"The EOC has covered the costs of having the country's delegation here.

"I think it's important that we give them the opportunity, even under difficult conditions, to compete and I think it is going to be a special moment when we see them at the Opening Ceremony."

As of July 18, the United Nations has recorded that there have been 11,862 civilian casualties in Ukraine since the invasion began on February 24 with 5,110 killed and 6,752 injured, although it fears the true number may be considerably higher.