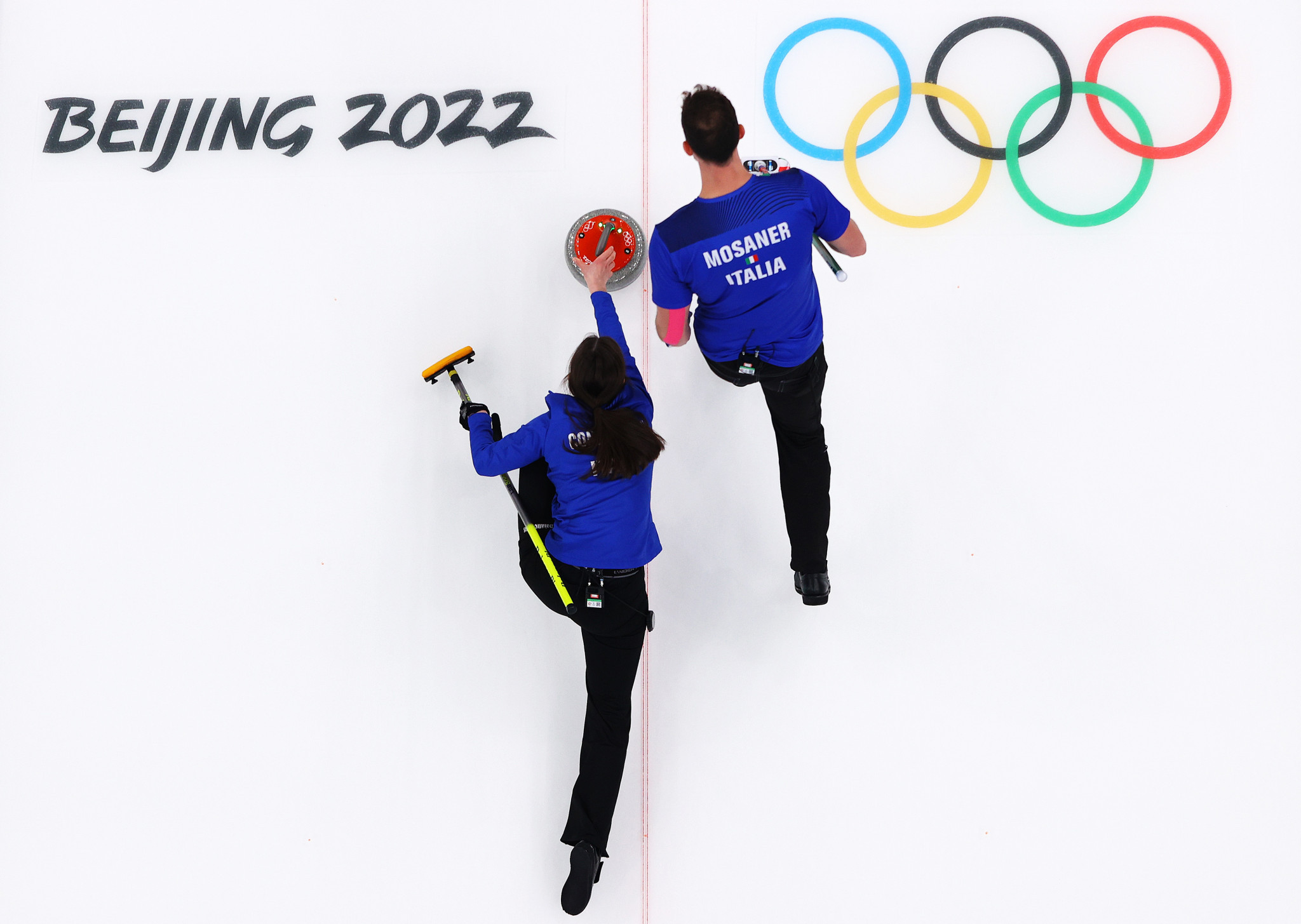 Claudio Pescia has been appointed as technical director for Italy's curling teams, tasked by the Italian Ice Sports Federation with carrying the good form of 2022 to the Milan Cortina 2026 Winter Olympics.

Stefania Constantini and Amos Mosaner claimed mixed doubles gold for Italy at the Beijing 2022 Winter Olympics, while the men's team won a bronze medal at the Men's World Curling Championship in Las Vegas in April.

Pescia, who is the coach of the men's team and coaches mixed doubles with Violetta Caldart, will oversee a plan which seeks to ensure all three teams have a shot at a medal at the home Olympics in 2026.

Areas where Pescia and Caldart - who also coaches the women's national team - will focus include improving the National Championships, youth development and facilitating more international competition outside of major events.

Pescia will work on planning, strategy and collaboration throughout all levels of Italian curling in his new role, stating that he hopes a successful home Games can act as a "springboard" for the sport.

"I am very happy, honoured and motivated to take on this new role," Pescia, who represented Switzerland as an athlete, said.

"We are returning from a historic and extraordinary season in which we have reaped the fruits of the work carried out in recent years and now, with the bar that has risen and together with it also the expectations, we must be good at planning with foresight to make further steps that lead us to make a beautiful home Olympics and to ensure that Milan Cortina is not only a goal, but also a springboard for our discipline.

"One of the objectives is to raise the level of general competitiveness of our curling so as to have teams that fight and compete in the National Championship while keeping the intensity and motivation high.

"At the beginning we will try and experiment but undoubtedly we will approach all the important events with great seriousness and attention, aware that curling can prove to be, as happened also in Beijing, a show capable of capturing the interest of the country.

"We have many ideas and we will do our best to make them come true."

Pescia is a former skip of the Swiss men's national team, winning world silver in 2003.

Physical trainer Andrea Cardone has been confirmed as one of the new technical staff members too, with more appointments to come.

At Beijing 2022, Constantini and Mosaner defeated Norwegian married couple Kristin Skaslien and Magnus Nedregotten 8-5 to give Italy a first-ever Olympic medal in curling at Beijing.

The Milan Cortina 2026 Winter Olympics are scheduled to take place from February 6 to 22 in 2026.